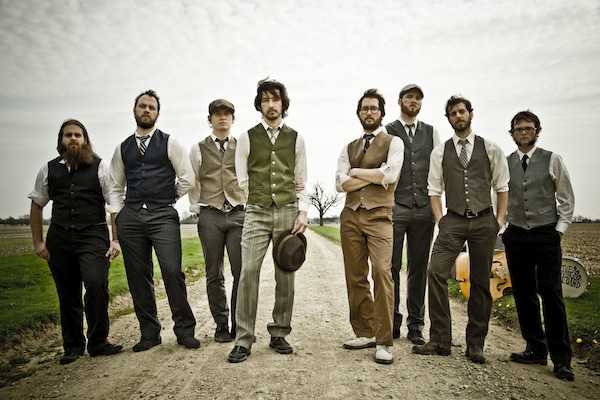 Critically-acclaimed indie rockers The Giving Tree Band are touring behind their latest album, The Joke, The Threat & The Obvious (Crooked Creek Records). Philip Roach is the band’s violin player. Read the first installment of their ongoing tour diary here, and the second installment here.

It is nearing 11:00 in Santa Rosa, California on Halloween night. Once again cracked-out on caffeine in a cookie-cutter coffee shop, I’ve noticed from multiple trips to the bathroom that the man in the mirror is wearing mascara. Okay, not exactly mascara, but residue from the Dia de los Muertos facial paint we wore for our show last night in San Francisco. Despite multiple attempts to scrub it off, some of the bottom lashes are still dark. And maybe it’s just that I’ve gotten used to it as the day has worn on, but I can see how some musicians can get into this (sorry, Dad).

Image is a weird thing in this business, or any business for that matter. The exact same product packaged in two different ways can have a dramatically different reception in the marketplace. Most musicians always want to be true to themselves and will present themselves in performance as honestly as they can. For some musicians, however, this means wearing pleated jean shorts, long braided belts, socks and sandals, or whatever other stylings they meticulously refined while spending their more sociable years practicing in their parent’s basement.

As a band, we routinely take inventory as to whether we want to be a group of individual musicians out for themselves, or a unified entity with a single vision focused on music, image, business, whatever. This isn’t a one-time conversation. It is a conscious monitoring of one’s self by everyone involved. But the results of an (attempted) egoless approach to an inherently narcissistic pastime are pretty cool thing to witness.

Take load-in, for example. In this business, your performance begins as soon as your van pulls up to the venue. At this point, your audience is the club owner, manager, bartender, soundman, parking lot attendant, security guard, etc. Your performance is the physical loading-in, setting up of equipment, and communication with violently bipolar sound engineers. These men are usually jaded and bitter from a recent realization that their temporary gig as a soundman – which they only took to pay the bills while they worked on their songwriting – has become their full-time occupation, and they are stuck twisting knobs for bands that are usually ready to blame him for the shitty show they put on before it ever begins. But we’re not that band, and some of our guys have been that soundman before.

So we put on our roadie suit (literally: black hoodie, work gloves, jeans and Keen shoes), and put on the best ‘show’ we can. At the Philadelphia Folk Festival this past summer, our frazzled stage manager yelled to us that we had 15 minutes to load in, set up, line-check and sound-check (He yelled this because his voice had to be heard above the soundman, who was shouting swear words with the phrasing of a sneeze to nobody in particular as he wrapped cables). He also added that because this was impossible, our set would get shortened.

It’s understandable to have been pissed at the threat of a shorter set, at the disorganization, or just from getting yelled at. But instead, we just gave a smile and a nod, and proceeded to be completely set up and line-checked within 8 minutes, and played a longer set than we were originally slated for. That kind of stuff happens all the time on the road. And unless you learn to not only deal with adversity, but to also turn that adversity into a positive experience by giving up your pride that might have been hurt from getting yelled at in the first place, your voice will be so hoarse from yelling back that eventually no one will be able to hear you whine about how unhappy you’ve become.

Our live shows usually consist of us wearing 3-piece suits. Or western shirts. Or t-shirts. Or pajamas. Or as of yesterday, Dia de los Muertos facepaint and black hoodies. We’ve worn the suits at dingy bars in Nebraska, and we’ve worn the T-shirts while being presenters at Duke University in North Carolina. My point is that we’re not out to cultivate an ‘image.’ We are one group, and not 7 guys. Orchestras have a dress code. Big bands have a dress code. Rock bands have a dress code. But people go to the orchestra to experience Wagner, not the second trombonist. You dance to the big-band because of Ellington, not because of the bassist. People love our shows everywhere we play because we put this mentality into everything we write, arrange and wear. We don’t have some frontman with a bunch of ringers. You can’t buy our chemistry. We live in one house. We cook our meals together. We have traveled 60,000 miles in the same van this year, and when we’re home, we all stare at our ceilings as we fall asleep thinking of ways we can tighten the screws on our little project.

People ask me all the time how we aren’t at each others’ throats from all this touring and living together. The answer is that we do what makes us happy. Because whether it’s driving through the night, loading in gear through the snow, getting rained out at festivals, playing with no monitors, playing with monitors that are louder than aircraft engines, playing to 15,000 or 15 people, reviewing concert footage in hotel rooms even though it’s cutting into our 4-hour sleep block, signing autographs or signing off on loans to buy better gear, there is no other place on this earth where any of us want to be. And that is what I’m finding out that is so rare in this business.

We’re just about at the end of our touring schedule for this year. What began yesterday was in fact February, and this morning just became November. I honestly won’t be able to remember everything that happened in-between; there was just too much going on. But what I take away are memories of sights seen, personalities discovered, and these little flashes of insight that I put down on my computer. There is something magical about the quiet solitude you can feel while in a crowded van for months at a time as the world passes by your window. There’s something comforting in looking at my reflection in this coffee shop window and forgetting what state I’m in. I’m sure I will settle nicely back into the home life as we get back into the studio during the coming winter months. But for now, the world is my home, and until next year, cheers. 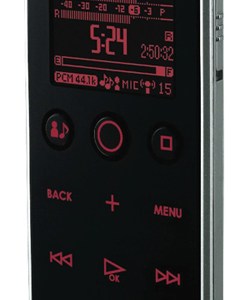 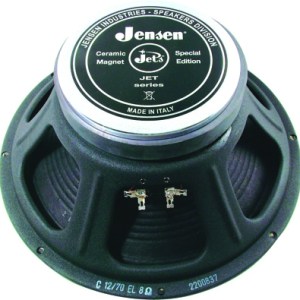