The eight-track release was recorded in confinement at Emoto Music, mixed by Tucker Martine (My Morning Jacket, Sufjan Stevens, Modest Mouse) and mastered by Doug Van Sloun (Bright Eyes, First Aid Kit, Damien Jurado). It is an accomplishment in its ability to tip its hat to 90s indie spirits while also modernizing its sound with deft across many sonic spaces.

Bessenbacher is the son of an immigrant from the Philippines and a marine from Kansas City. He has been making music since the age of 8 and his work as a composer — as well as with Opus Orange — has appeared in documentaries like Mile, Mile & a Half, films by Catherine Hardwicke, Brin Hill, and Ric Serena, TV shows like Grey’s Anatomy, Broad City, Younger, and The Detour, and in ad campaigns with Google, Apple, and Samsung.

With it being release day, Bessenbacher wrote a ‘Track-by-Track’ for American Songwriter detailing what went into each of the eight tracks.

Push play, check it out, and if you dig it make sure to support Opus Orange.

1. Got It All Wrong
We experience this constantly: something bad happens, then we shout and point fingers at what/who we believe to be the culprit. Fighting that knee-jerk reaction, I needed to confront my own responsibility for the state of things. This song is that confrontation. This album was recorded in the order of the songs. As such, this first track was a great way to get back into recording mode, having to self-engineer (due to lockdown) with a vibe and feel that is outside the norm for us.

2. Either Way
We can often get hung up deliberating life decisions, creating a static anxiety. Since no one knows (not many anyway) the future, we might as well actively take the next step and see what happens. Jump into the dark with both eyes open wide.

3. Other
Many communities identify with the term “other,” whether LGBTQ, people of color, people with disabilities, immigrants, refugees, women, Muslims, Jewish, Buddhists, Hindus, etc. This is a plea for connection with the realization that we are all so closely intertwined.

4. Waltz and Collision
There is a difference between being forgiven and forgiving yourself. It’s a kind of awkward dance, like attempting to waltz with a shooting star. We recorded this with the drums (James Neil) playing very quietly, which is out of our norm, but the song called for it.

5. Breaking Mirrors
At this point in recording the album, James (drummer) and I had a heated disagreement and resulting impasse. We broke through it and this song is what happened. Rather than trying to move something immovable, we focused on tuning toms! Breaking Mirrors finds abandon, joy, and impulsiveness in not knowing all the answers.

6. The Burning Question
This is an exploration of self-sabotage. The incessant refrain is a kind of mantra to self-realize the uselessness of my common practice. James and I continued tuning and recording the toms with intention specific to the song.

7. Dizzy Spin
Emotional confusion set in during the isolation of 2020. It felt like a downward spiral, no longer able to guess what might happen next. The verses are intentionally a physical challenge to sing in one breath, needing to grasp for oxygen before/after each. The chorus rhythmically/lyrically stumbles around, trying to find some semblance of balance.

8. All to Myself
I am amused by the way love is sometimes (often?) measured on a scale of quantity – like when a saccharine ballad that might proclaim, “I couldn’t love you more” or when Morrissey wryly sings, “I still love you, only slightly less than I used to.” This song winks at the sliding scale (“I love you the most when…”) while celebrating the fact that love can simply and beautifully exist.

For all up-to-date information on Opus Orange, stay tuned to www.opusorange.com. 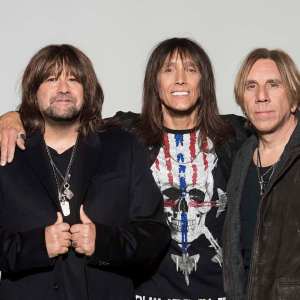 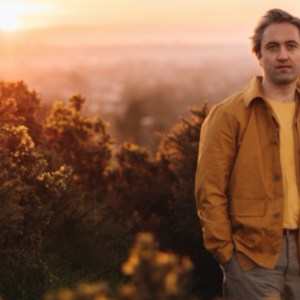