“Time is elastic in our personal experience of it. Hours fly by like minutes, and minutes are oppressively slow as if they were centuries,” observes physicist Carlo Rovelli in his 2017 book, The Order of Time. Time as an experience is both wholly personal and universal, firmly in the grasp of the beholder. Singer/songwriter Leah Wellbaum, the ringleader for alt-rock band Slothrust, certainly agrees with this sentiment.

Deep in our conversation surrounding the group’s fifth studio album, Parallel Timeline, out September 13 via Dangerbird Records, we arrive on the topic of time and how childhood memories seem to burn ever brighter with age. “If you try to hold your breath for a whole minute, see how long that feels versus having a conversation with someone you love for a minute. You start to feel its elasticity,” Wellbaum considers, adding this suffocating sensation that “time is running out.”

“People have so many vivid memories from childhood because they were most present during that time in their life. There are, of course, a ton of exceptions to that,” she continues, “but as an adult, we often have this feeling of shock that an entire decade has gone by. When you’re eight, everything feels like it lasts forever.”

Wellbaum and her bandmates─Kyle Bann (bass) and Will Gorin (drums)─nosedive into such reveries across 10 songs on the album. “It’s funny how time is never enough,” Wellbaum regards with the opening line of “King Arthur’s Seat,” written while in Scotland after a headlining tour. Perched over the town of Edinburgh, Arthur’s Seat, an ancient volcano, possesses an irresistible allure. When the band set their sights on climbing to the top, Wellbaum, who was “incredibly sick” at the time, decided to stay behind on a plateau mid-way up. “Despite being sick, I felt amazing and really connected,” she recalls. Like a lightning flash, the song “showed up in my mind. I have this sensory experience of it feeling like a still image that’s finally come into full focus and is ready to be looked at by someone else.”

With finger-picked acoustic guitar chords, “A Giant Swallow,” written last year, arose as another transcendent experience. I’m stuck in the honey. I’m stuck on the reasons why, she laments, letting the past’s sorrows forever linger. A guitar in tow, Wellbaum freestyled lyrics for a bit, ironing out the details of structure, when she “noticed that a lot of the words I was saying played on similar visuals and iconography that we’ve used before. I became curious about what would happen if I really leaned into it and even repeated some of my lyrics from prior songs.”

A city dweller by nature, first raised in Boston before moving to New York and now L.A., Wellbaum soaked in the wordplay and delivery of rap and hip-hop, bringing volatility into her work. “I’ve always been really attracted to improvisation as an art form in acting, music, or dancing. There’s something so amazing about being present with a process and allowing whatever energy is actually there in the moment to take hold.”

Nature carries a profound significance throughout Parallel Timeline, as well. “Once More for the Ocean” thrashes like foamy waves against a rock, whereas “White Rabbits” borrows a tender hippity-hop from the furry species. Along the path, the band lines the fringes with a fragrant ruggedness, strangely twisting pop and rock into a prickly scene. “It’s not super common that I have extended periods of time in nature, but when I do, there are voices that get louder inside of me that are clearly inspired by certain aspects of nature.

“I’m so fascinated by fruit in the way it’s organized, and how colorful it is, and the fact that these things just exist outside,” she adds. “That sort of intersects with this idea of sacred math. It all folds in on itself, really.”

Pathetic fallacy, assigning human characteristics to inanimate objects or animals, beats at the record’s heart, too. As Wellbaum unearths spirituality and religion, often calling to her own experiences as a member of the LGBTQ+ community, the album blossoms alongside her self-discoveries. Having grown up a Unitarian Universalist, a belief system rooted in understanding a wide range of religions and their sacred spaces, Wellbaum’s own well-nurtured spiritual thinking guides her songwriting with immovable precision.

“There is a state of freedom when you realize that there’s very little absolute truth, and the best thing you can do is stay open-minded and curious,” she offers. “I definitely feel most alive when I’m incredibly curious about the world and all aspects of it.”

Parallel Timeline affirms her statement, a heart-ripping excursion deep within her─ and our─ subconscious. It’s a haunted, serenely beautiful portrait of human existence. Unintentionally, many of its deeper themes, from deterioration to delusion, feel prescient and speak directly to the here and now. There’s no way she could have predicted what the world would become.

Listen to Slothrust’s Parallel Timeline below. 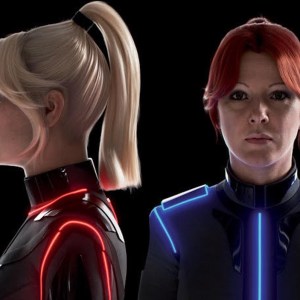 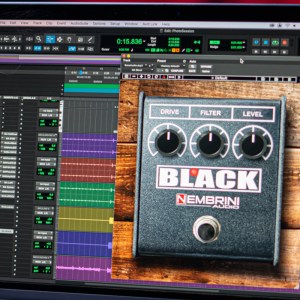