In the weeks leading up to Chris Freeman’s wedding, there was a lot of reflection. The reality of life hit him hard. The Parsonsfield singer was happy he was getting married, yet sad because part of being human means that this happiness will eventually come to an end one day. Somewhat morose, there’s truth to Freeman’s concept, which he outlines on latest single “Til I Die,” off the band’s upcoming fifth album Happy Hour on The Floor, out April 3.

Happy Hour on The Floor is an amalgamation of uncommon sounds fused by Parsonsfield’s unique instrumentation and digitized touches. Leading up to the recording, the band was already going through changes, including the sudden departure of their bass player Harrison Goodale in 2018. Eventually, they reconvened, moved to Boston, found a farmhouse, learned bass, and started working on Happy Hour.

Written in the two weeks before Freeman’s wedding, “Til I Die” is a meditation on how unconditional love can make a person feel so powerful, yet so powerless at the same time. “This song is a love song that for me embodies the confidence that we feel when we fall in love,” Freeman tells American Songwriter. “It’s about unconditional love of so many different types.”

For the single, the band pulled vocal arrangements from some British Isles folk songs they’ve been enamored with since they formed in college, while in Connecticut nearly 10 years ago, including “Loch Lomond,” named after a Scottish lake that Freeman and his wife ended up visiting on their honeymoon.

Delicately strewn, “Til I Die” flows in more balladry than the more synth-motioned previous single “Paper Floor,” floating through beautiful harmonies, enveloping lyrics The distance between you and I is shrinking before our eyes / And with your cheek touching mine, I feel so alive / That I ain’t scared to die.

As the band played “Til I Die” with Freeman at his wedding reception, the song instantly took on new meaning. “It was an exciting and overwhelming time that drew me closer to all the people that have my back, and vice versa,” says Freeman. “But as I sang it to make this record, I realized it can also be a love letter to a child or a friend, or anyone you know you’ll love forever.” 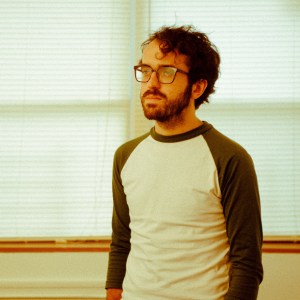 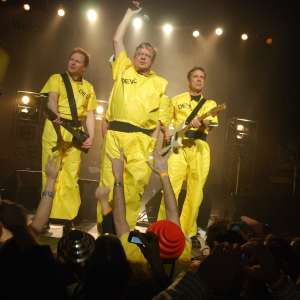