An idiocentric artist by any definition, Paul Burch has always seemed unconcerned about maintaining any sort of stylistic boundaries. The evidence is especially evident on Light Sensitive, his latest effort with his erstwhile backing band WPA Ballclub.

An expansive 12-song set, it blurs the boundaries between rock, blues, balladry and sounds that take their inspiration and origins from any number of geographic locales spread across the American south. It’s not biographical in any true sense, but like any superb storyteller, Burch manages to fashion an aural soundscape that recreates the aura and ambiance specific to any number of distinctive musical realms. With that subtext in mind, the band ventures from the rockabilly realms of Bakersfield on opening track “Love Came Back” to the lazy southern sprawl of “On My Flight to Spain,” the celebratory zydeco sounds of “Price Ali’s Fortune Telling Book of Dreams” and “Mardi Gras in Mobile,” the steady shuffle of the descriptive “Boogie Back,” and the sounds of ragtime revelry that illuminate  “Fool About Me” and “23rd Artillery Punch.”

His cast of collaborators further affirm that daring diversity, from the shared production efforts of both Burch and Dennis Crouch to the disparate musical support of Robyn Hitchcock, Luther Dickinson, Amy Rigby, and Aaron Lee Tasjan.

Burch claims that his inspiration for the album originated with a trip to his former hometown environs of Oxford Mississippi after being commissioned to write a biography of a southern bon vivant named Eugene Walter. That experience found him creating a concept album of sorts, a song cycle that touches on a variety of characters, many of them decidedly eccentric. In the case of “23rd Artillery Punch, Burch goes so far as to illuminate the song with lyrics that recall the imagery Bob Dylan was once well known for, words that can be both elusive and illuminating (“Fellini Came with a dapper dwarf/In a ballet skirt and a dozen whores/And a crooked cardinal and a horny nun…”).

Whatever else, it’s intriguing to say the very least.

Of course, those that have followed Burch’s career over the course of eleven albums and various film scores ought not be surprised by the varied template. A master of crafting songs specific to whatever scenario is called for, Burch and company have fashioned a series of songs that ought to bring them the increased attention that’s so decidedly their due. Light Sensitive is nothing less than illuminating indeed. 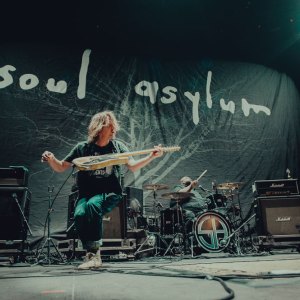 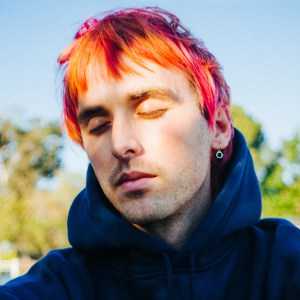