All Song Lyrics by Paul Simon

This is the second part of a two-part story. See part one here.

From “Stranger to Stranger”
By Paul Simon


Paul Simon once spoke about starting a lyric with some simplicity. He motioned with his hands the shape of a baseball diamond, starting small at the apex by home plate, and branching ever outwards.

He was explaining that it’s good to start songs with simple words, because the listener already has so much information coming at them – the key, rhythm, instrumentation, vocal – they need time to adjust to that first. So it’s better, he said, to open with simple terms – jokes even – before swimming into deeper waters.

“You Can Call Me Al” exemplifies this wisdom. As he said, it opens with the simple phrasing of an old joke:

It’s a technique he puts to great use here, as in the darkly funny starting song, “The Werewolf,” which opens on a Milwaukee man who “led a fairly decent life/Made a fairly decent living/Had a fairly decent wife,” before adding, almost off-handedly, that his wife “killed him—sushi knife…” This is almost Tom Lehrer territory, that delightfully dark melding of love and homicide, yet set to a remarkable track of emergent urgency.

He does it again on “Wristband,” which starts essentially as a joke before deepening into a reflection of American privilege, the widening gulf between the classes. It’s a subject which surfaces repeatedly through these songs, the vastness of distance between those with everything and those with nothing at all. Perpetual homelessness – and one homeless man in particular – infiltrate all these songs.

“Wristband” starts with the rock star’s realization that he got locked out of the stage door at his concert venue, and needs a wrist-band to get back in. It’s the rare instance of the luminary being treated like riff-raff, and thus facing the reality of that world which keeps many from entering.

But being Simon, he quickly expands the perspective, showing the ultimate result of festering class wars, and the reality of those kids who can never have a wrist band or any attendant concession. Remarkably rhymed and phrased into short lines of simplicity, he shows the effect of such divisive forces always at play:

Remarkably, it’s a song all based all on one chord. This genius of chord progressions cooked up this  intoxicating groove all over one chord – the I chord – (E flat)- proving something James Brown always knew – that with a soulful groove, you don’t need more than one chord. But within these limitations – again the essence of song – there is no limit to what can be done, and he brings a melody soulful and jazzy to deliver the lyric with both humor and focus.

It’s something John Fogerty has done a lot in songs – the use of so few chords that the change to any one is momentous. “The Werewolf” does this  – it grooves on a I chord – D major –  for such a long time, that when we’re finally delivered to the IV chord, the first real chord change of the song, the effect is enthralling.  Just when many of us had finally mastered the complex chords of “Bridge Over Troubled Water,” here comes its songwriter to teach us the power of simplicity.

The fact is most obits are mixed reviews
Life is a lottery a lot of people lose
And the winners, the grinners
With money-colored eyes
Eat all the nuggets
Then they order extra fries
The werewolf is coming

Although this quintessential New Yorker has famously moved out of the city to raise his kids in the bucolic calm of Connecticut, the mayhem of modern day Manhattan is always inside him, and has never been more authentically projected than “In A Parade.” To a dizzying soundtrack of urban mayhem, we meet the character who appears in two songs here, a homeless man who tells Simon that “nobody talks to me much.” A street angel.

There is an interesting sequence – from “Street Angel” – all raucous urban rhythms – to the mesmerizing love-injected “Stranger To Stranger” – and then back to the riotous groove of “Street Angel” for the remarkable “In A Parade.” It’s as if he stepped away from the crazy crowd for a few minutes to look inward and reflect on his beloved Edie, before returning to the streets.

From “In A Parade”

What better way of summing up the incessant cacophony of our new digital everyday than this? Answering the phone in mid-parade to explain why you can’t talk. With such economy of language – one sentence –  he says so much about where we find ourselves. The human parade, the endless momentum through the streets of Manhattan, the streets of America. The answering of a phone to explain why you can’t answer.  The prevalent modern dynamic of being both inside and outside life at the same time.

The first appearance of the street angel is in “Street Angel,” and he’s a visionary speaking in parables. That eternal question lingers, resounding through fables of saints and sages of old, is this an angel or a madman? Divine or earthly? He speaks of trying to get back home, and it sounds like he’s aiming towards heaven. But by the next song, “Parade,” he’s seen from the outside again, and though self-identified as divine, is defined as a madman. In a melodic and mesmeric mantra of the streets, Simon repeats a litany that sums up this modern human dilemma in four lines:

Even the use of the word Seroquel, a drug with a name like an ancient jewel, is a signature of Simon, forever finding linguistic splendor in unexpected places. As he has since the start, writing of finding the words of the prophets on tenement halls, he’s expanded the lyrical vocabulary of popular song, perpetually pushing the boundaries of what songs can contain.

Of the eleven tracks here, two are instrumentals: “The Clock” and “In the Garden of Edie,” delicate guitar and sound paintings both created originally for John Patrick Shanley’s play Prodigal Son, which had a limited run at New York City Center in February 2016.

Simon delivers his first biographically-inspired song since “Rene and Georgette Magritte.” This time it’s “Cool Papa Bell,” based on the legendary baseball star of the Negro Leagues. “Legend has it the Bell could turn off a light switch,” Simon wrote, “and be in bed before the light went out. He once bunted a triple. A friend gave me a painting of Cool Papa Bell, and somehow he found his way into a song.” That song is essential Simon, combining his great fidelity for our mythic American pastime with the percussive beauty of this man’s name, and love for the game.

He’s reunited here with the legendary Roy Halee, the man who engineered/produced many of his masterpieces, from Simon and Garfunkel classics such as Bridge Over Troubled Water and Bookends to solo Simon landmarks such as Graceland. It was Roy who went with Paul to Africa to record the tracks for Graceland. Paul not only credits him here as co-producer, he writes: “Produced by Paul Simon and his old partner Roy Halee.” Andy Smith, who has worked with Simon for years, is the engineer.

The cover of the album is a close-up of a 2010 portrait of Simon by the legendary Chuck Close. Though mostly paralyzed by catastrophic spinal artery collapse since 1988, Close has exemplified the triumph of the artist over limits. Robbed of his ability to use his hands, he mastered a technique of affixing brushes to his wrists to create his immense, intricate grid-like portraits. It’s a lesson in artistic determination connected with Simon’s unflagging resolve, always to work within, and ultimately transcend, any limits.

Except for Graceland, Simon rarely has written liner notes for his albums. (Garfunkel famously wrote the liners for Sounds of Silence). But for this we get fairly extensive notes detailing the often rhythmic and sonic origins of these songs. Relating beautifully the dry-spell from which he emerged, he offers a great lesson to all songwriters: That even having been to the summit of the songwriting mountain so many times, he’s as anxious and hollow as any songwriter  with a blank page, unsure if ever he will again ascend:

“This album began, as mine often do, in a season of emotional winter: barren landscape, no ideas, anxiety about no ideas, lethargy leading to increased caffeine consumption—in short, a not-atypical basket of writer’s feelings, when the urge to create is stirring, but nothing comes of it.”

But the dry spell got broken, as they often do, by meagre musical seeds from which whole songs blossomed, hurling the songwriter into the song without a moment for gratitude : “All of this changes,” he wrote, “without a `Thank you, Lord’ or `Phew, glad that’s over’—when a few chords coalesce, or a rhythmic idea snaps into play.”

True, the songwriter might be too deep in the river to be thankful for the ride. But for those of us who have had our lives enriched, defined and expanded by the songs and records from this one man, we remain grateful. In a world where it seems the value of everything is diminished or fading, the songs of Simon continue to flourish and amaze. And in times like these, when the divisions between people are more severe than ever, few things matter more than the timeless, unlimited power of song. 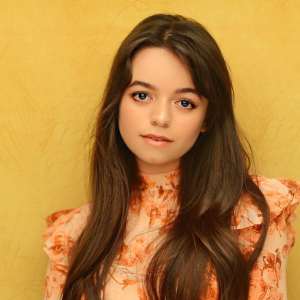 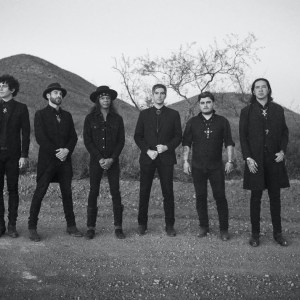