On October 26 at the Grammy Museum in Los Angeles, Sting was asked to name one songwriter who has inspired him the most. “When it comes to songwriting,” he answered, “it has to be Paul Simon. I consider myself his student.”

Of course, he’s not alone in that estimation. Untold numbers of songwriters over these past decades have learned how to write songs by studying this one man’s work. He’s been a teacher for decades.

But as he’ll be the first to proclaim, he is also a student of songwriting, forever learning new things and devising fresh approaches to his own work.

And the work continues. Just days short of 75, he’s been busy writing new songs, and, in the process, discovering new approaches to his art. American Songwriter was honored to spend some time with him when he came through L. A. this past week to discuss his latest masterpiece, the critically acclaimed Stranger To Stranger, as well as songwriting itself. That interview will be published in our upcoming January/February issue, and here we provide a little preview.

The reports of his retirement have been widely exaggerated. As usual with such reports, Simon said nothing about retirement. Interviewed quickly before a show in which he felt he “didn’t parse his words carefully,” he simply admitted that after touring on this album he might stop doing music for a little while. But he didn’t mean he would stop forever, as he told us:

“What I meant was, I was thinking, and I still am, what would happen if I stopped making music and waited to see what the creative process produced if I didn’t allow it to be a song? I had been thinking about what would happen. So that’s what I said. I said, ‘I’m thinking of stopping doing this.’”

Did that mean he was contemplating some other artistic expression, such as a novel or movie?

Pushed to expound, he said that besides coaching Little League he wasn’t sure yet. He still had the European leg of his tour left. And, as he divulged, after successfully luring his old pal and co-producer Roy Halee out of his idyllic Colorado retirement life to do this album, they didn’t want to stop. So they adopted a new approach, one this artist — always careful not to repeat himself — has never taken: Recording new versions of old songs. He’s long felt many of his past songs – though well-written – were not produced as well as they could have been, and therefore suffered. So he and Roy have started doing new versions of old ones.

Of course, it’s true of all great songwriters that some of their greatest songs, for whatever reason, never become as famous as their hits. We all know of album tracks that are simply amazing, but remain obscure to the general public. So like any serious Simon lover, I have a long list of those lesser-known songs, ones which are not well-known to the general public, but certainly to Simon fans.

When I asked him for an example, his first was “Night Game,” the dark baseball tale on Still Crazy After All These Years. He then asked me for any suggestions. My first was “Think Too Much, B” from Hearts and Bones. That led to a discussion of the birth of that song, written over only two changes (I and VI) over a percussion track from another song.

Others we discussed were “Train In The Distance,” “The Vampires,” [from The Capeman], “Jonah,” “René And Georgette Magritte With Their Dog After The War,” “Questions for the Angels,” “Some Folks’ Lives,” “Tenderness,” and “Stranded In A Limousine.”

When I brought up “The Obvious Child,” he said, “No, people know that one. I do it in shows.”

“Silent Eyes,” the most direct and yet mysterious song he’s ever written about God and his own heritage, from Still Crazy, caused him to pause when I mentioned it.

This unprecedented inclination to embrace past songs and reinvent them in the studio stems from the lessons he learned since Graceland, and the various methods he devised to capture and shape fresh sonics and grooves into his records.

On Stranger to Stranger, he’s continued to devise new methods of songwriting. As he explained years ago, songwriting for him is a journey of discovery more than invention. Even after decades of discovering methods which led to the creation of iconic songs including “The Sound of Silence,” “Bridge Over Troubled Water,” “Still Crazy After All These Years,” “Graceland” and beyond, he is not content with the same arrow and bow.

To ensure the production of a song is as inventive as the songwriting himself, he goes to great lengths – figuratively and literally – to find fresh sonic and musical textures for his songs. Always open to the use of any technology that allows him this freedom of sonic expression, he’s forever widening his horizons. On the previous album, So Beautiful Or So What, he wove various found samples -– a 1941 preacher preaching, Sonny Terry’s harmonica —  into his tracks, and wrote songs around them.

This time around he and Roy discovered many new rich and dimensional pathways to sonic splendor for Stranger To Stranger. Woven delicately into the tracks are the mysterious and haunting sounds of Harry Partch’s micro-tonal instruments, designed to play not only the notes we know in the Western scales, but also all the notes between the notes.

Roy and Paul also embraced a shared love for the hard, staccato sound of Flamenco dancing and clapping. They recorded a Flamenco troupe dancing on a wooden floor, and used that track –a rhythm that is utterly compelling but distinct from conventional drum patterns – as the foundation of several tracks.

Simon then experimented with some songwriting approaches based on these tracks he’d he never before considered, including the discovery of lyrics within sounds heard on reversed samples. For the track that became “Street Angel,” he and Roy first laid down the flamenco/clapping tracks as the rhythm bed. Over that they added a reversed track of a 1930s acapella gospel quartet. Paul then wrote the song to match the backwards words he heard on this track, as he explained:

Turns out, he could say a lot. Being Paul Simon, a songwriter who famously thinks and then overthinks everything (to the extent that he wrote not one but two songs about this condition called “Think Too Much”) he opened his mind to the idea of the street angel – the homeless man on the street speaking in parables.

Of course, one man’s angel is another man’s lunatic. So Paul wrote not one but two songs about this angel, “Street Angel” and “In A Parade.” in the first song the street angel sails over the madness of the streets. In the second he is earthbound, treated with Seroquel for schizophrenia. (To ensure he got the medication correct, Simon went to an ER to ask doctors there how homeless people were treated. This is a guy who still does his homework when necessary.)

And that duality – the angel in modern times considered a madman – expands into a larger view of modern day America, more divided than ever between those with everything and those with nothing at all. Instead of offering only one perspective, Simon delivers both. If songs can hold both sides of an equation, he once explained, all the better.

Like all songwriters who recognize that songwriting is a process of following as much, if not more, as leading, he followed each backwards sound to a matching lyric, a kind of Zen openness to chance similar to William Burroughs’ famous cut-up poems, in which he’d cut up text to reassemble randomly. It led Simon, as it did Burroughs, to a fresh and playful use of language.

“Every time there would be some phrase that sounded like something,” he said, “I’d write it in there. Like, ‘I’d give it away for the hoot of it.’ Some backwards thing sounded like that, and I kept going. ‘Took him away in an ambulance.’ These are all backwards things. It made the story. So the story’s coming in, and I’m filling it in.”

Asked why he chose this odd angle into a song, he said, “Because it’s kind of exciting. It’s almost a game. You fill in the story. I’ll give you a word, and then I’ll give you another word and you connect the two.”

The full interview with Paul Simon will be printed in our January/February, 2017 issue. 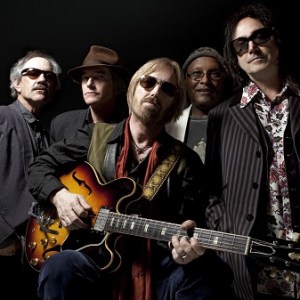 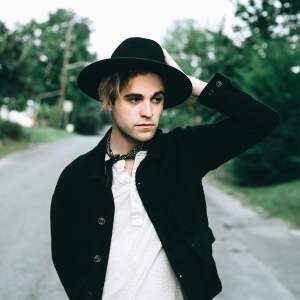