Self-produced by the French indie pop band and recorded in the Louvre’s Musée des Arts Décoratifs, Alpha Zulu is Phoenix’s seventh album and their first since Ti Amo in 2017.

“We felt it would be a fantastic adventure to create something out of nothing in a museum,” lead guitarist Laurent “Branco” Brancowitz shared of the album, explaining how the pandemic emptied museums, allowing them to fulfill that fantasy.

“I was a bit afraid when there was too much beauty around us, that to create something could be a bit hard,” guitarist Christian Mazzalai added. “But it was the opposite: we couldn’t stop producing music. In these first 10 days, we wrote almost all of the album.”

Bassist Deck D’Arcy noted that “the backstage of the museum is like a mashup. It’s very pop in a way—like how we make music.”

Wednesday (Sept. 7), the band premiered their latest single, “Tonight,” a punchy and electrifying duet with Ezra Koenig from Vampire Weekend. The song marks the first vocal collaboration in the band’s history.

In addition to the new track, Phoenix released an accompanying video, directed by Oscar Boyson, which was filmed in manic split screen between Tokyo and Paris, where both Ezra and Phoenix share similar spaces in different parts of the world.

Due for a Nov. 4 release, Alpha Zulu was inspired by the band’s friend and producer Philippe Zdar, who passed away in 2019. “We had many moments where we could feel his ideas,” Mazzalai said. “Jeté, that’s a word he would say, when you’re throwing something very fast.”

Photo by Shervin Lainez / The Oriel 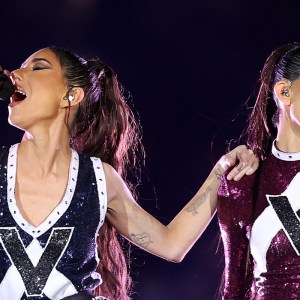 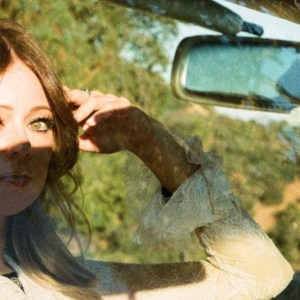