About a month ago, asked whether anyone has actually seen his company’s new product – a small lapel button-cum-mp3 player – Nick Dangerfield, the founder of Playbutton, laughed. “That’s a funny question,” Dangerfield said, chuckling. “I have.”

A few weeks later, a Playbutton arrives in the mail for Mount Eerie’s album Wind’s Poem (pictured above). On the back of the small box the device comes in are instructions for how to use the five tiny buttons on the device. These turn out to be rather important, as you might be inclined to look for an “On” or “Power” button and not find one. (Plugging headphones into the button effectively turns it on, though, as you might later learn, so does the “Play” or “>” button.)

“I spent a year thinking about what object could contain music,” says Dangerfield, an entrepreneur who had been living in Japan and running a small record label. After seeing the disappearance of CDs and the difficulty of reintroducing vinyl to Japanese consumers, he felt something was out of place. “I was definitely missing some additional physical form for music,” he says. Then the idea for a button – that iconic merch item – that played music struck him.

After delving into the world of mp3 player electronics, Dangerfield said he met a person in Hong Kong who understood his unique idea for a wearable button that played music. He’d send buttons back and forth, going through several prototypes before arriving at the final product, a stainless steel, 4.4 centimeter (the average size of a pin button), 3.5 millimeter thick (the same size as the standard 1/8″ stereo jack) button that costs between $7-$9 to make (more than a vinyl record) and shares the same technology with other mp3 players like the iPod. Playbutton was born, though Dangerfield says he wouldn’t describe arriving there as a very pleasant process.

The next step was to find bands and their record labels who wanted to release music on a small button, unlike anything else really in music retail. David Byrne’s Luaka Bop label liked the idea and will release the new Javelin album on the Playbutton format. The Brooklyn-based duo, who have opened shows for Girl Talk and incorporate dance and electronic elements into their music, will have a new album in March. “It’s an amazing record,” says Dangerfield. “It has little to do with previous music they’ve done. This is a kind of homage to Spaghetti Westerns. The original plan was for the button to have a sheriff’s star.”

Playbutton functions both like a label and a format and distributor for other label’s releases. For the Javelin record, Playbutton will simply produce Playbuttons for Luaka Bop, who will fund the production. For Playbutton’s own releases – the first for a little known band from New York called Bubbles – Dangerfield and his team will promote the record, produce Playbuttons and vinyl, and license the music and pay mechanical royalties.

“[Distribution] is something we’re kind of improvising along the way,” Dangerfield says. As far as record stores go, in New York he says that Other Music on 8th Street will sell the buttons as will Rough Trade in London. He hopes other independent record stores catch on, though he’s having to do distribution alone right now.

Artists will also sell buttons at shows and online, and Dangerfield sees another market where mp3-playing buttons might take hold. “The button has lots of obvious connections with fashion,” he says. The New York and L.A. clothing stores, Opening Ceremony, are commissioning a Playbutton compilation that they will sell in stores with their own artwork. He says other retail stores, like museum stores and hybrid stores, where items like books and fashion are both sold, have expressed interest in carrying Playbuttons. “Plus,” Dangerfield adds, “it takes little shelf space.”

Dangerfield says he hopes to convey to his label partners that the button presents an opportunity to get music back into stores. “If I’m confident about at least one thing about the button,” he says, “it’s that it makes an excellent gift. And we don’t give music to each other anymore, which is pretty sad.”

Correction: An earlier version of this article described the manufacturing costs of a Playbutton to be $7, where it actually costs between $7 and $9 to produce one button. 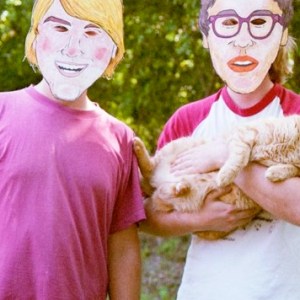 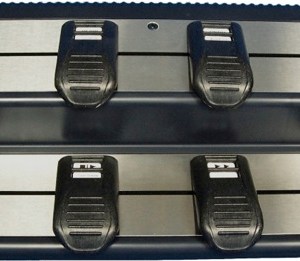