A fresh blend of country and rock, “Whole World Gone Crazy” couldn’t have come at a better time. In a world that just may have actually gone crazy, Jeffers, who takes on lead vocals on the song, sings of trying to get right with the man and make ends meet while questioning the state of the world.

Me Imma try to get right with the man / forgive me for my sins and what I don’t understand / I’m just a good ole boy trying to make ends meet / Is it me, or has the whole damn world gone crazy, Jeffer sings in the chorus.

With the single set to release on April 29, American Songwriter is sharing a first listen to the soulful tune, written solely by Jeffers during the height of the COVID pandemic.

“I wrote “Whole World Gone Crazy” back in April of 2020,” Jeffers tells American Songwriter. “There was so much hysteria going on in the world before and around that time that this song just sort of came out of me. Between COVID and everything else, everyone seemed to be going a little nuts. I felt like during all of that, most people were and still are, just normal people trying to make it another day. Trying to keep their job, praying to the big guy upstairs, and working on getting through some crazy times.”

The follow-up to previous releases “Antioch” and lead single “John Wayne,” both featured on Tornillo, the bluesy-southern rock blending tune places Whiskey Myers in a league of their own with their signature hard-rocking sound on full display.

I find myself runnin’ down yonder to the corner store / Just a minding my business tryin’ to get me some smoke / My guy talkin’ politicky telling me to take a stand / Agree to disagree wasn’t in the cards at hand / Said are ya left or right or fickle / ’Cause there ain’t no play the middle / Now boy which route is this gonna be, he sings.

The new album, Tornillo, due out July 29, combines the band’s live show energy and southern rock attitude and is just the next step in their already rapidly, ascending career.

“Tornillo is the second album that we decided to self-produce together as a band. We had two previous albums with Dave Cobb before these, so it comes with a bit of pressure,” adds Jeffers about the forthcoming album. “I think that’s something that we enjoy putting on ourselves. Makes ya work harder. We went into the studio with the same mindset and came out with another record that we’re truly proud of.”

Saddle up and settle in because Whiskey Myers is ready to take listeners on a country, rock, and blues-infused wild ride.

Check out the premiere of “Whole World Gone Crazy” below.

+ Shane Smith & The Saints will not appear on these dates 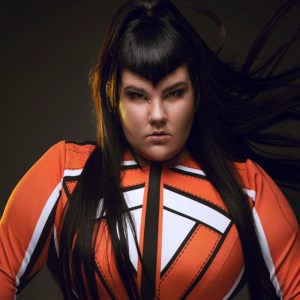