The song, which samples King Crimson’s recording, “21st Century Schizoid Man,” has come under fire after the prog-rock group said that UMG has not been paying the proper streaming royalties, according to Variety.

Declan Colgan Music Ltd, which owns the original cut, filed the lawsuit in the United Kingdom high court in March.

West allegedly did not license the sample before posting “Power” to YouTube in 2010. Since then, the song has garnered some 134 million views, states the suit. The track was later released on West’s acclaimed LP, My Beautiful Dark Twisted Fantasy.

It was then that DCM asked UMG, along with West and his representatives, to sign a contract that would pay a 5.33% royalty return whenever “Power” was sold or “otherwise exploited.”

Now, DCM is alleging that UMG “has failed, and continues to fail, to comply with its royalty accounting obligations in respect of one mode of exploitation, namely the making available of the Power [r]ecording to consumers through so-called ‘streaming’ services.”

As a result, DCM wants to update their agreement and receive royalties equivalent to CD sales instead of the percentage of what streaming platforms like Spotify payout per click. Streaming royalties are notoriously lower than CD sales.

DCM is demanding to be paid the difference plus interest, along with updating the licensing agreement.

So far, neither West nor his representatives have made a statement regarding the suit.

In other Kanye West news, the producer has reportedly teamed up with the popular rapper Future to release a new song soon. That track, “Keep It Burning” is thought to be released on Friday (April 29).

Reported Rap TV on Twitter: “JUST IN: Future’s track ‘Keep It Burning’ with Kanye West will be on his album Friday” 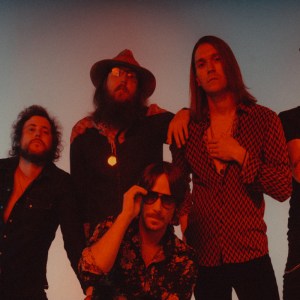