Rufus Wainwright has reached the point so many other musicians hope to, but most unfortunately fail to, meet—the one where he can be picky about what he writes and even pickier about what he plays. And with his two latest musical endeavors, his debut opera “Prima Donna” and his live CD/DVD set Milwaukee At Last!!!, he’s taking full advantage of that opportunity. The latter of the two is a brilliantly varied display of the singer/songwriter’s talents, showcasing early tracks, covers, and his critically acclaimed 2007 album Release the Stars in its entirety, while the former pushed Wainwright into new creative territory.

American Songwriter recently chatted with Wainwright about these projects, as well as a couple more he has in the works.

You just released Milwaukee At Last!!! about a month ago. This is the first live album of your career that showcases your own material [2007’s Rufus Does Judy at Carnegie Hall was his first live album]. What made you decide it was time to release one?

The Milwaukee show represents a plateau in my career where, finally, after years of hiring and firing, I came up with a band that I was one hundred percent satisfied with. I’d always had great musicians and I’d always gone out on a limb, but it wasn’t always spot on, you know. But this tour I finally got there and so I wanted to capture that. Also, in terms of having an arsenal of songs, I had enough albums to pull from to make it an interesting evening and flutter from one period to the next and therefore control the subconscious of the audience. So yeah, there were a lot of different aspects. I also adore the theater. The Pabst Theater is one of the most beautiful venues in America.

Is there something about that specific venue that was special to you?

When you’re sitting down to write a song, is considering the prospect of performing that song live a big part of your process? Or do you write a song and then figure out the live arrangement accordingly?

That’s a very good question, actually. It’s a constant debate in my mind how I’m going to translate the music live. I’m especially going through that right now because I’m in the process of making my next album, which is just a solo piano/voice record. So it’s just me at the piano singing. On one hand, there are some very simple pieces that I’ll have no trouble presenting, but then I coupled that with these incredibly difficult arrangements for piano and some very difficult notes to sing that I’m now just trying to figure out how to best portray that. So yeah, I’m always pushing that envelope and trying to widen my scope in terms of performing with my songs.

Release the Stars (2007) was the focal point of this live album and DVD. What do you feel set that record apart from your earlier works?

One thing is that I produced it myself. For better or for worse, it is all me (laughs). I think there are moments where that really shines through and it really makes it worth it, but then there are other moments where perhaps if I’d had a big producer it might have been more effective. I don’t know. But that being said, there are real drops of myself—total, pure Rufus—in that album. And not that I’m not present in all of my other work, but there is no divide between me and the listener at certain points. So that makes it interesting. It’s also the album I wrote before making the opera [“Prima Donna”] and certainly once I started writing the opera that was a whole new era in my life and in my career. So it was the end of an old era, I guess, with Release the Stars. So yeah, it’s a border album, I think.

Since you brought up “Prima Donna,” can you tell me a little about the inspiration behind that?

I was originally inspired by these famous interviews with Maria Callas by Lord Harewood. They are called the Callas Conversations. I was watching them and I was instantly struck by the fact that there’s no real opera about an opera singer. The opera itself that I wrote is not about Callas, per se, it’s a mix of Callas and Norma Desmond and myself and just the whole idea of a diva. Yeah, I just knew immediately when I saw those interviews and I came up with that idea that it would be my first opera. On one hand, I could relate to it, but on the other hand it was big enough for the grand opera ideal, meaning the subject that it dealt with. Also, it wasn’t too complicated of a story, which is important in your first opera.

Did you take the same approach to writing “Prima Donna” that you did writing music for your previous albums? Or did it come from a difference place?

Not really. There are a few songs here and there, but my essential goal was to use melody as a dramatic device and have it be part of a more subconscious flow that strings through the work, which is more sophisticated than songwriting, so I had to be a little more tricky.

What about your decision to write the opera in French?

Do you think you’ll venture into opera-writing again?

We’ll see, we’ll see. If I get commission and the right story, amount of time, money, then we’ll see.

You have a wide range of musical interests, from opera to Judy Garland. Which artists would you consider to have had the most profound impact on your career?

My parents certainly have, as well as my sister Martha. Also Nina Simone was big, Cole Porter, you know, Cyndi Lauper (laughs), a bunch of people.

How do you feel that growing up in a musical family set you apart from other musicians who weren’t exposed to that kind of environment?

Well I was very fortunate because my parents were not superstars. They are very respected and still revered, especially by fellow musicians. If you ask any of the big people from their time, like Bonnie Raitt or Robert Plant, they are all huge fans of both of my parents. So they are real musicians’ musicians. I was very lucky to have that because it never really overshadowed my career in terms of tabloids or publicity or drama or anything like that. So I was very lucky to be sheltered from what a lot my friends had to go through, like Sean Lennon or Adam Cohen, people whose parents were really big time. But we still had the music, so it was great.

Yeah, you had the best of both worlds.

Yes, both Martha and I are very lucky.

You mentioned your upcoming album earlier. Why a solo piano/voice record this time around?

Well, for one thing I’ve been doing a lot of shows like that to make money. I still need to make some more money because of the opera. That took a lot of time and energy and was very expensive. So I have to get back out there and tour alone with the piano. Also, my fans really enjoy it. They love to see what’s behind the red curtain, you know, behind the Wizard of Oz. They like the fat little guy working the knobs (laughs). So I have to give that to them. And it’s a musical sorbet to wipe the palate clean of all of these big, luscious dishes and get ready for the dessert, which will be my follow-up to this which I intend to be a big pop extravaganza again. So you have to give people a little cleaning.

Any idea on a release date?

In addition to those two albums, do you have any other big projects in the works?

Well we have a huge Christmas show that we’re doing—my mom, my sister, other guests like Boy George, Guy Garvey from Elbow, and a bunch of other people, like the Thompsons. We’re doing it in London at the Royal Albert Hall on the ninth of December. So right now it’s a huge Christmas show we’re getting ready for. 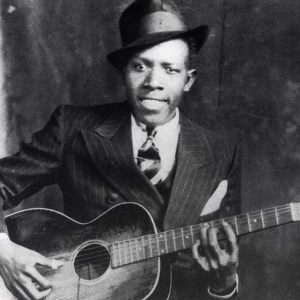 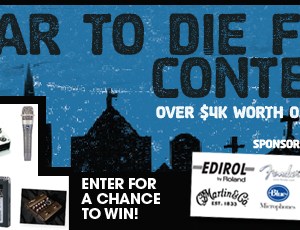