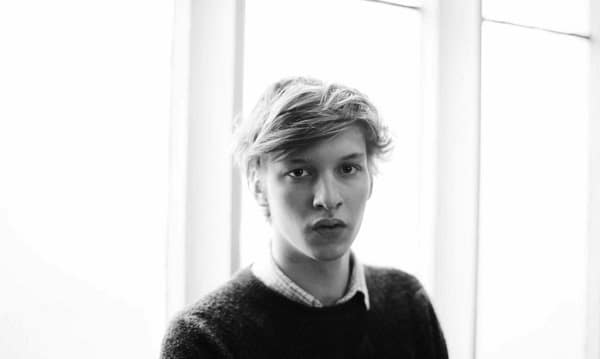 George Ezra was just another 18-year-old in England when he started uploading videos to YouTube of himself strumming an acoustic guitar. Before he knew it, the videos had caught the attention of Columbia Records. Now, a mere three years later, Ezra is on the verge of worldwide fame thanks to his hit song “Budapest,” a catchy acoustic ditty that became a breakout hit across Europe and is just now making an impact in the United States. (It doesn’t hurt that One Republic’s Ryan Tedder recently called it his favorite song of the past summer.) Here, Ezra talks about “Budapest,” his creative process, life on the road, and getting “messy” when he turned 21.

“Budapest” is blowing up right now. It’s such an amazing song, and I’m sure it’s just going to get bigger. When you look at the amazing trajectory of that track, what goes through your mind?

Well, the first thing you have to do is be quite selfish. If you’re in the studio, you have to make sure that you like the tunes you’re recording because you’re the one who has to play them everyday. That’s the first thing. Then once it’s released, you just sit back because if people like it, they like it. It’s a pretty amazing feeling to know that people are digging what I’m doing.

Tell me about your creative process. I know that for a bulk of your songs, you’ve written the lyrics first and then put them to music later.

Yeah. For my EP and album, I took a train journey around Europe for a month. I was just writing down everything I was seeing and all the people I was meeting. When I got home, I took the words I had written and made songs out of them. I’ve got some friends who say, “I’m going to sit down and write 3 songs today,” and then they sit down and write 3 songs. I can’t do that. I can’t just write a song. I needed to take that trip and it helped a lot.

Where in that process did “Budapest” come about?

Some of the songs I had written took a lot longer, but that one was pretty easy. On that trip, the city of Budapest was the only place I planned to visit that I didn’t make it to. When you look at the song lyrically, it’s just a list of things I have that I’d give up for somebody.

The song has been popular in Europe for awhile; it’s currently a Gold record in the UK. How long after you released it did it take off?

It was quite strange. At first we gave it away as a free track off the my EP for like a month, and then in Italy it just kicked off for some reason. I’ve never even been over there, but was just huge on the radio. It kind of happened overnight. Then it went over the Germany and when we released it in the UK, it took off there as well.

It’s so funny, because the Italian charts are usually full of dance songs and synths… nevermind folksy tracks with an acoustic guitar.

LAUGHS Yeah, man. I don’t know. It’s good for me to go to Italy now because I get taken to nicest places to eat.

What has been the biggest highlight so far?

My favorite thing is playing live and now I get to do that with a band as well which is just incredible. Especially this summer doing the European festivals. I’ll never forget them. Glastonbury was quite emotional because there were a lot of family and friends there, and the album was released in the UK the day after, so it was quite a moment.

Let’s rewind for a bit. When did you make the decision to say, “Ya know what, I’m going to be a musician!”

Well, to be honest I was just fucking about with my friends at first, playing bass and guitar and it was just a lot of fun. When I was about 16, those friends lost interest in music and I gained a genuine interest. And that’s when I started to write and gig as much as I could.

When you were 17 you were attending the UK’s prestigious Brighton Institute of Modern Music, and then by 18 you were signed by Columbia Records. I’m just wondering how that happened.

I just did one year at that college and I uploaded a video to YouTube and a few different record labels got in touch. They all kind of wanted to have a meeting with me, and it was pretty crazy how fast it all happened. Columbia Records was one of the two that I met with and wanted to work with.

That’s incredible. Did you send your video out to these people, or did they just find you organically?

No, it was just sitting there YouTube! Literally someone stumbled upon it. It didn’t even have many views. That’s all I had and that’s what I was signed with as well. When I met with Columbia, I brought my guitar and played the handful of songs I had at the time in their offices. I assumed I was going to sign the contract and get put in the studio to record and album, but it doesn’t work like that.

When you posted that video and got this amazing response, were you just, like, “What the hell…?”

Yeah! It felt stupid. It felt silly. And very flattering.

Back in England, what do your friends and family think of your success? They must be going crazy.

Yeah, they’re over the moon. My parents have always been pretty supportive with me and my sister and brother. My sister went to go study art and I went to go study music, and they’ve always been supportive of that. They approach it as, do what you want just as long as you work hard. My friends are happy for me, but they still tease the piss out of me whenever they can.  Nothing really changed. When I get time to myself back home, all I want to do is go to the pub like I used to.

But I guess you like traveling around, from that train trip and now as a touring musician.

I love it. It’s one of my favorite things to do. Why be in one place for too long when you can go see somewhere else? And I’m very lucky now because I get to do it with my job, though it’s different because we don’t get much time to see the places we’re visiting.

You just turned 21 and in America that’s a big birthday. What did you do to celebrate?

Oh God. I played a festival in Manchester and my friends were all backstage and it got … messy.

Enough said! So when can we expect your album to be released here in the States?

There’s no date set in stone yet, but probably early next year. Though to be honest, you’re probably asking the wrong person. 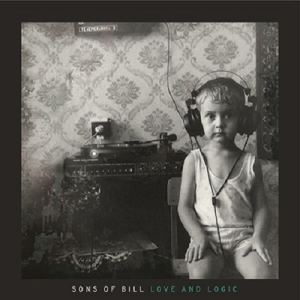 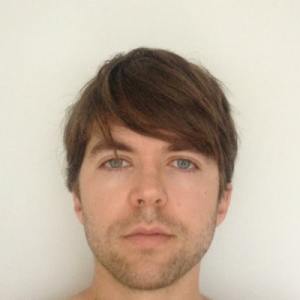