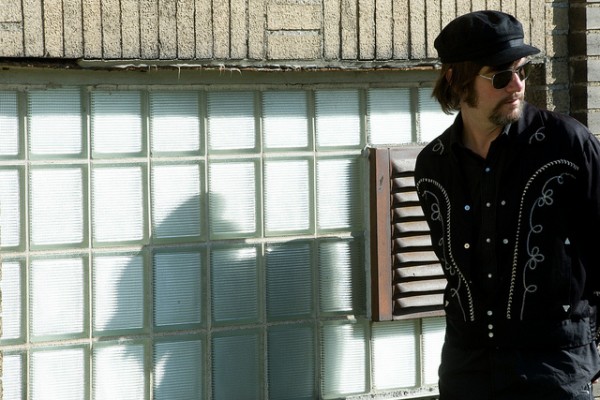 On January 28, Legacy Recordings will reissue Uncle Tupelo’s landmark 1990 debut No Depression as a double-disc set, featuring unearthed demos and live material. We caught up with Uncle Tupelo’s Jay Farrar recently to discuss the album’s rich history. Read our feature story on Uncle Tupelo from the January/February Legends issue here.

What was it like in Belleville in the late 1980s?

Belleville’s where we were growing up, getting our start, playing in bars. St. Louis has always represented the gateway to the rest of the world. We were late teens and early twenties around the time these recordings were made. Belleville was a relatively economically depressed area, and it was also a relatively small town. I think its population was around 40,000. There weren’t that many high-profile businesses in Belleville, but there was one, the Stag Beer Factory, which closed down during that time period—or shortly before. I think it was mid ‘80s. It’s interesting to see how pervasive the references to the small-town lifestyle are in these songs.

Mike Heidorn mentioned that he used to drive by the factory on the way to the band’s rehearsal space.

I used to work at a bookstore that directly faced it across Main Street. I remember when it was being torn down. We lived on the other side of the tracks, so to speak, there in Belleville.

Belleville seems to have informed the album tremendously, from the industrial sound of the guitars to the character-driven songwriting.

There’s definitely a sense of place. Another thing that is remarkable to me is how intertwined the music and bar culture were. That’s where we played the music, was in bars, and so much of the lyrical content reflects that. The overriding aspect of the lyrics is that so many references to moving on—seeing the rest of the world outside of Belleville.

Alcoholism is a recurring theme on several of these songs, most notably “Whiskey Bottle.” It sounds like these people were turning to alcohol in response to Belleville’s economic downturn.

Some of the lyrical content reflects that. We were seeing it in bars a lot. We started writing songs when we were about twenty years old, and then you hit twenty-one and all of a sudden you’re exposed to a different world and a different culture. Bar culture. It’s both a problem and a solution, and it’s something our society is still trying to figure out.

What do you hear when you listen to these tracks, which trace a pretty dramatic development within the band from its earliest recordings to its first album?

I can hear that we had become more experience and had played more shows. We had essentially learned to emphasize more sonic space between the staccato bursts that we were throwing down. I can hear that. I think another thing I hear is how influential other three-piece bands were, in particular the Meat Puppets. I hear some Dinosaur Jr, some fIREHOSE, and some Minutemen, but it’s all cross-pollination. We were listening to Sonic Youth, and that may explain some of what you’re hearing.

So you were aware even then of the limitations of the power trio line-up as well as the possibilities?

I think it’s just what we knew. That’s what we could identify with, is another three-piece. There were limitations, but I think the studio helped to expand the sound a little bit. Gradually we started playing live more and accentuating a more visceral approach.

Everyone I’ve talked to about this album has mentioned a completely different set of bands as foundational influences for Uncle Tupelo. It makes me think the alt-country label is incredibly limiting.

Perhaps. [Country] was only part of what we were listening to. We tried to stake a musical claim that shaped the band, and we put everything we listened to in a blender and came up with music to call our own.

Can you talk about the title track, which is the only cover on the album? Where did you first hear that song, and why did you want to record it?

I first heard it on an old folk compilation that I dug out of my mom’s record collection. I think that version was by the New Lost City Ramblers. It just seemed like the sentiment of the song seemed to fit our surroundings. Aesthetically, it just seemed to fit. It was the type of song that Woody Guthrie could play.

That’s something I learned later on from Woody Guthrie. He talks about how people pay more attention if you sing about topical issues. I guess that was what we were trying to do, in our own way. We were trying to encapsulate what we were seeing around us and put it into music.

How have these songs changed for you since you recorded them? Do they reveal new meanings to you as you get older and further from that time and place?

They’re more like sonic snapshots. I don’t revisit them that often, the same way that I don’t revisit old photographs of myself in the past. It’s definitely interesting to take a trip down memory lane and look at these demos from a developmental perspective. It’s interesting to see how we were changing as a band and expanding in ways that I can see it now but couldn’t understand at the time. 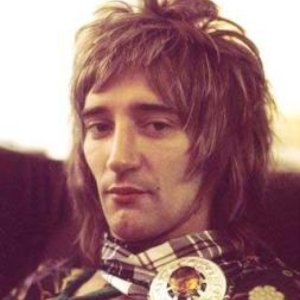 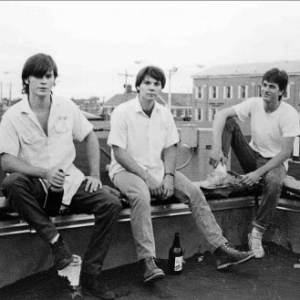