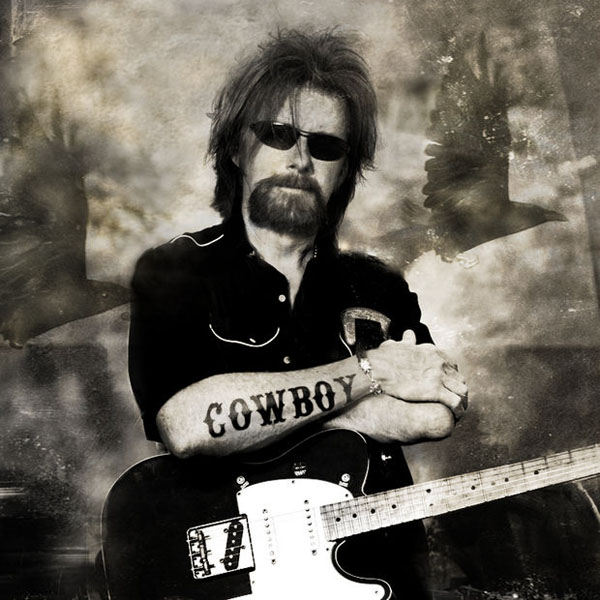 Released just over a year ago, Ronnie Dunn’s self-titled solo album—his first since the pre-Brooks & Dunn era—landed with a bang. It even briefly claimed the No. 1 spot on Billboard’s country albums chart. Dunn’s first single, the ethereal piano ballad “Bleed Red” (written by Tommy Lee James and Andrew Dorff), raced up the chart and settled at No. 10. It was followed by the stark guitar vocal performance, “Cost of Livin,’” a compelling common man tale more in vein of Haggard than modern country. The last song to hit Radio was a fun Stones-y country rocker called “Let the Cowboy Rock,” co-written with Dallas Davidson. Though the last two tunes didn’t reach the audience that Dunn and his label would have liked, it seems only a matter of time before this singer (one of the richest and most distinctive voices in country history) and songwriter (a deserved craftsman too oft-overlooked) settles into his newfound solo career and makes some serious noise. We recently sat down with Ronnie to talk music in his backyard barn and recording studio, and one thing’s for sure—he’s damn excited about this next chapter of his life and work.

The album — I’m really enjoying it. I was just looking over the writer credits, and you wrote or co-write 9 of 12 of these. Looking at the Brooks & Dunn albums, I noticed that there were typically a handful of your songs, a handful of Kix’s, and then some outside songs. Did you set out to write this album in a different way? What was the approach?

It’s multifaceted. In the past the routine and the formula, and I use that word cringing, has been that the label’s busy pitching you what they thing’s the radio and commercial tunes. When I write I don’t think about that all that much. I just think about the structure of the song and doing what I do. The only dynamic that was different in the process for me was that I can do songs like Your Kind of Love. A little more intimate and conversational between a guy and a girl. Whereas in the past you had to keep that good time two guys rocking kind of vibe out there. And we strayed from that. We didn’t hold to that like probably we should have. I love the idea, ideally, if I were going to do a record that was perfect it would be hardcore, Gary Stewart, down in the bucket man. Or it would be a mixture between The Stones’ music and country lyrics. It should be just stripped back and not produced much at all. That’s just kind of the perfect way to go about it. Maybe I’ll achieve that at some point.

I’m all ears for that Gary Stewart-type album. I’m a fan.

I cut “She’s Actin Single, I’m Drinking Double” for the Country Strong soundtrack. I’d met with a lot of resistance when I’d bring that stuff up in the past. I’d say “I’m gonna cut that one of these days. I’m gonna do that.” Everybody said, There’ll be a time for that later on. It’s probably time for that.

You can only be patient for so long…
Yeah. How long are you going to play the game before you just step down and go, “you know what. This is what I need doing.”

Let’s go through each of the first three singles. Just comment on anything you remember about the day of writing it, or inspirations or any recollections about the process. “Bleed Red,” an outside cut—how did that get to you?

I don’t know how it go to me. I found it laying on the desk when I came up here one day. I was in the process. I don’t know if someone had come up here and dropped it off. Tommy Lee said he had mailed it to me. I guess the mail had found its way here. I opened it a played it. I heard the demo and I literally thought that sounds like a U2 song. The track, as much as we tried to emulate it a lot, sounds like really something they would go. I thought I’m not sure there’s a place for that on this project, but I really dug the song. I did not think that it would be a singe. I did not place it there for that. I just thought it had a cool sound.

Then “Cost of Livin'” I had had for almost a year, and it was pitched to me by song plugger Alex Torres up here one afternoon, and it was the last one of a five song pitch. You get kind of burned out by the then. He had put it last cause it was like “by the way, here’s this too.” They put the stronger pitches they think at the front. The title of the song at the time was “The Application,” written by Phillip Coleman. I remember getting to the line, and it felt like it didn’t pay off in the chorus. The hook didn’t hit right, but the verses I thought were brilliant. The way he talked about, “My parents offered to help, but they’re barely getting by, themselves.” Just such strong language, and so relevant to what’s going on today. It’s the only time I’ve ever been pitched a song that I’ve asked if I could do a rewrite. I’ve never asked that. I’ve never done that before. I felt like that’s too good to let it die like that. So I stayed up here and just banged on it and banged on it, and came up with the cost of three dollars and change. At the time it was 2 dollars and change at the pump. I changed it to “Three dollars and change at the pump. The cost of living’s high and going up. It seemed to pay off more realistically. It was not intended to be a single. No intent for the first two to be singles.

Just a guitar and vocal right?

That track was cut with full band. I came back here and was going to work on singing it and couldn’t get my head into it. I could not find where I wanted to go with that vocal. So I stripped it back to a bass, drums, and an organ. I let the organ and the volume, I followed that for the dynamics and found a place for it. I remember the engineer standing right here. I remember him jumping up at the end saying, “Got it! Got it! I can’t believe you hooked a song like that!” I said, “ I know, I know.” I’ve never taken one on like that before. He was just jumping off the floor. But I learned that that sparseness can really be your friend. Less is best is a true dynamic. It’s not an issue of folklore. So it’s fun to break it down and do one like that. I played it for a bunch of radio guys the year before last at CRS, Country Radio Seminar. Bleed Red was already in the top ten. They freaked. In fact to the point where it made us feel uncomfortable. Even the label guys were going, “maybe we shouldn’t have played this song.” They were talking amongst themselves, right in front of us, saying, “maybe we can push this song up. Let’s go ahead and get Cost of Living out. They thought it was so relevant to what was going on today.” I’m thinking “Oh, shit.” Bleed Red was picked as the first single to try to distance me from Brooks and Dunn and a sound that had been out there for a while. The third single, the one that’s out now, “Cowboy Rock”, was, in my mind, meant to be the title of the CD and kind of the mood for the whole record. Just kind of rocking, hanging out in the clubs, throw down with it. That’s where I’m at now.

Back to the sparseness, everybody’s got a different opinion about hearing a new song. When you’re being pitched songs, do you prefer one more than the other as far as a full blown production vs. a guitar/vocal or work tape?

No. I know there are mainstream producers, some friends of mine, who want a fully produced demo when it comes through the door. Bob McDill, famous songwriter, he would only do guitar vocals. Yeah. I’ve got some of those old ones. They’re killer! I would prefer to have one stripped down to nothing. Take the time, not do a normal Nashville formula session where you’re bound by three hours to do your three songs or whatever, and hit it from all different angles. Just hit it from different ways. Rock it over here. Do it acoustic over here. Try different things. I did al of of that with this last records, and I’ll do even more of that with the next record. I opened the door to a whole process. It was a lot of fun. The clock’s not ticking, and the players are way into doing it. The mainstream cats that are downtown doing session work, they’re way into doing it. They’re just not given the freedom to do it. The freedom to create. It’s been done for years in other genres. I saw a thing on Springsteen years and years ago, it’s a documentary, where he was working on his record. Those guys would work for like a week for one song. Just coming at it from different angles and bringing it to life. Then you go out on the road and you grow into the song, and it’ll turn into something just a little bit different. Melodically it can really evolve it seems like. Yeah.

Back to the last single, “Let the Cowboy Rock.” Do you remember anything about that day writing it with Dallas?

I do. I remember Joe Galante was after me to write with Dallas. I didn’t know Dallas. I knew he was doing really well, but I just didn’t pay that much attention. Finally one day Joe texted me and said “here’s Dallas’ number, just call him.” I was getting ready to pull onto I-65, going into town. This title popped into my head called “Let The Cowboy Rock.” Cause I wanted that rock and The Stones mixture kind of thing going on, and we’d just come off the road with ZZ Top. So I said, “I’ve got a title for us, ‘Let the Cowboy Rock.’” Just this quick he goes, “Let the good times roll!” I thought “man, we’re done! Let’s go. Just fill in the blanks. We’re good.” So we met out here, and we plowed through the verses and the chorus. That was it. It was nothing heavy. It was just supposed to be a rocker. 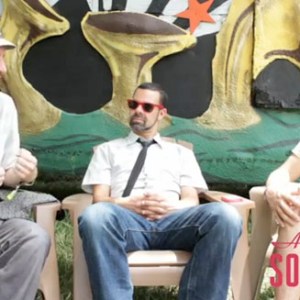