Southern California indie rock band Local Natives released their third album Sunlit Youth to critical acclaim last year, driven by ethereal tones and textures, tight vocal harmonies, synths, samples and clever guitar work. As the band gets ready for a homecoming set at this weekend’s Coachella Festival in Indio, CA, we caught up with songwriter/guitarist Taylor Rice to talk about music, growing up in California and using his guitars in the songwriting process, presented in conjunction with Fender Guitars.

The actual first song that I wrote on it is way too embarrassing to mention, but the first one that is released now is “Who Knows Who Cares.”

The band is able to create a big atmospheric sound with great vocal harmonies and then counter melodies on an instrument. Do the ideas generally come from first from an instrument, a beat or from a hummed vocal melody? Maybe you can walk us through a song example of one of these?

Our songs are very vocally driven. We have three songwriters in the band and we’re very collaborative. Most begin by us singing together over chord progressions until we have something that feels like it has a soul.

What was the typical songwriting process for this album? Is everyone together in the room or does one person bring an idea and you work off that?

We made this album a lot of unconventional places rather than holing up in a studio. Thailand, Nicaragua, Ojai, Joshua Tree. We found that taking writing trips and setting up our own home studio was a really free way to be creative. When we’re writing we’ll split off singularly and then get into smaller groups to work on the core of a song, then it goes into the full live room and we’ll play it live together.

I noticed you have a cover of Fleetwood Mac’s Tusk so I’m guessing Lindsey Buckingham must be an influence. Tell us about the cover. The way Lindsey uses the guitar (and the recording studio) is similar to how some of your songs are constructed.

Fleetwood Mac is a huge influence for us. Covering Tusk in the studio that they built to record that album was pretty amazing. There was the piano they recorded “Sara” on, and the stained glass window Stevie Nicks had put into her vocal room. Lindsey is an amazing songwriter, and you can hear the influence of his guitar style on our song “Dark Days.”

There’s a definite breezy and sunny ‘California’ vibe to your music. Is that something you can hear (especially when meeting fans when you are touring overseas) or is it too close to home to discern?

On our first tour around the world we got that question all the time, and had really no idea what people were talking about because we were way too close to it. Now it’s actually pretty obvious to me that growing up and living in Southern California has had a major influence on our music. It’s pretty pervasive in all of our lives. Down to my first musical memory of my life, which was listening to Beach Boys in my dad’s car with the windows down in Laguna Beach.

Who are some of your other musical guitar heroes?

Johnny Greenwood, Sufjan Stevens, Aaron and Bryce Desner, and I have to give a shout to Kevin Parker of Tame Impala, I think his songwriting and guitar are so beautiful. Oh and also I should mention Kirk Hammett since I learned to play guitar by learning early Metallica solos.

What defines a ‘hit song’ to you? Is it top of the charts, or thousands of people dancing and singing along in concert?

We’ve never had a song on the top of the charts or on the radio, so hits for us are the ones that fans connect the most with. What matters most to me is how a song feels to play live, since that’s how the song lives in my life for years after we’re done releasing it.

Give us one or two songs from another artist that you consider to be classic, and then one of yours that you feel best represent Local Natives.

I think “Heroes” by David Bowie is a perfect song. The Beatles’ White Album has so many great songs and is probably my all-time favorite album. A newer songwriter that I think it incredibly talented is Laura Marling. I think “Past Lives” or “Wide Eyes” are representative of Local Natives because they both were finished through a lot of collaboration between everyone of us.

You’re using the new Fender American Professional guitars. What do you like about them? How versatile are they- tone-wise, playability, feel?

I love a really clear, beautiful pure guitar tone, and Fender American Professional Jazzmaster is so smooth on the middle pickup position. They are really versatile. You can thin them out nicely, or use it for the riffing I sometimes do. 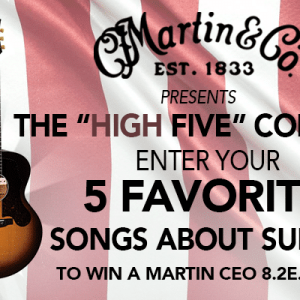 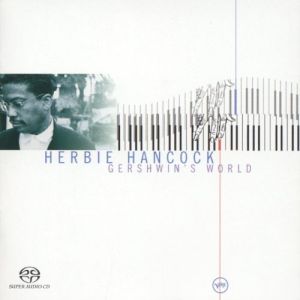