The Las Vegas Metro Police Department (LVMPD) arrested rapper Blueface on Tuesday (Nov. 15), in connection to a shooting that took place in October.

The 25-year-old Los Angeles-based artist, whose real name is Johnathan Porter, was apprehended “outside a business in the 300 block of Hughes Center Drive” in Las Vegas, according to a statement from the LVMPD. Porter was booked into the Clark County Detention Center on warrants for attempted murder with a deadly weapon and discharging a firearm at/into an occupied structure.

The charges stem from a shooting, which took place near S. Las Vegas Blvd. and Sunset Road in Las Vegas on Oct. 8, the LVMPD reports. In February 2022, Blueface was also arrested at a traffic stop in Hollywood for gun possession.

In 2021, the rapper was wanted by the police after attacking a bouncer at a club who allegedly denied him entry without showing ID in California. In 2019, Blueface was also charged with one felony count of carrying a loaded unregistered handgun without registration, but the charge was eventually dropped later that year. He was also arrested in 2018 after shooting at a car of man who allegedly came up to his car and tried to rob him at a gas station.

Blueface released the mixtape Famous Cryp in 2018, followed by his debut Find the Beat in 2020, which features Gunna, Lil Baby, Polo G, DaBaby, and Ambjaay, among others. 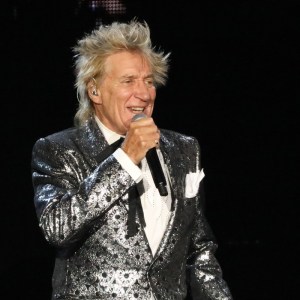