Diane Warren has always been fiercely independent and strong-willed, with a clear vision of what she needed to succeed. At the 3rd annual Association of Independent Music Publishers (AIMP) conference, held this week in New York City, she regaled the audience of independent songwriters and indie music publishers with tales of her upbringing, watching her songs take off in the hands of artists, and why she finds it hard to give advice to men and women who want to follow her footsteps.

“What worked for me isn’t going to work for everybody,” she told author and NPR radio host Meredith Ochs during the hour-long keynote interview. “I couldn’t sign with anybody. I can’t give advice for people because I don’t know what their journey is. Having my friends who I’ve known since I was fourteen, people who know me, worked for me. I’ve always had my own publishing for years and I did everything myself.”

Her team of people at her independent publishing company RealSongs is relatively small. The company, launched in the late ‘80s, represents her extensive catalog of over 1000 songs and is the most successful female-owned and operated music publisher in the world. With nine #1 hits, 32 Top 10 hits and multiple Grammy and Oscar nominations, it would be safe to assume that the office is a factory of songwriters churning out lyrics, chords and melody alongside her. But in fact it’s all Diane Warren writing by herself. In today’s age of multiple writer credits on a Top 100 hit, there’s rarely a co-writer listed on her songs. “I don’t have many arguments with my co-writers (that way)” she jokingly said. “Although I do beat myself up a lot. And what do the eleven other people (listed on a song’s credits) do?”

When asked if there was an example of a song she heard differently in her head than the final production from an artist, she cited her 1999 composition “I Could Not Ask For More,” recorded by Edwin McCain and, later, country artist Sara Evans. “When Edwin cut it, it was about 15 or 20 beats faster than where I wrote it. And I thought it sucked. I hated it! I called the label yelling about it. But you know what? It was brilliant. He took my piano and vocal demo and made it sound like a hit record. As it climbed up the charts I started liking it more!”

Proving that a song’s interpretation can be taken in completely opposite directions, she marveled that as many people come up to her and tell her that “I Don’t Wanna Miss a Thing,” recorded by Aerosmith, was used as a funeral song as those who thank her for giving them their wedding song. She also told a great gem about the first time she made money with her music, one that resonates all too closely with aspiring artists, albeit with a slight twist. The young budding performer was set to play at a local music spot. After performing a few songs on her 12-string Martin guitar and thinking she was doing well, “the owner came up to me and handed me $20 to stop playing!”

The AIMP conference, now in its third year, has grown dramatically in attendance and panel discussion topics. Its primary focus is to serve as a networking event for independent songwriters and music publishers. A majority of the time, the songwriter is, in fact, his or her own publisher, with little understanding of the business end, and the AIMP organization saw a need for filling that gap, according to spokesperson Laurie Jakobsen.

This year, the AIMP introduced a new Songwriter Track to the Summit, including a “Women in Song” panel. Featuring songwriters Brandy Clark, Jessie Jo Dillon, and Michelle Lewis and moderated by attorney, musician, and NYU professor Judy Tint, the session was an in-depth discussion of what it means to be successful as a songwriter, from clearing samples, to learning to work with co-writers, to standing up for their own music.

Michelle Lewis found her path once she stopped following others. “I really wanted to be (bassist/singer) Meshell Ndegeocello. I spent a lot of time trying to be something I was never going to be. As soon as I accepted who I was (a pop songwriter), whew, then it clicked. I fought it though. I wanted to be funky.” Brandy Clark, who has written for Miranda Lambert, Sheryl Crow and The Band Perry, commented, “the lesson I learned over the years is to only be in rooms with co-writers where I felt like a real genius, genius enough to say the most stupid things. That’s where the brilliance lies. There’s a comfort in writing with someone like Jessie Jo. I have a huge level of comfort and can say anything with her and, if it’s not quite right, she’ll know how to tweak it a little. That’s the key to co-writing. If somebody doesn’t get what you do, they just don’t get it. And cutting that free and moving on to those few relationships where you have that chemistry is huge.” Jessie Jo Dillon added: “We’re all insecure about our work and you get told ‘no’ way more than ‘yes’ even when you have success. Being yourself and being with people who let you be yourself, whether it’s artists or writers or publishers is very important.”

Over the course of a day and a half, the conference hit on other relevant business and songwriter topics and points of interest. These included (as taken from the press release):

U.S. Register of Copyright Karyn Temple’s keynote presentation proved to be a hot ticket in the Ballroom. She discussed the various ways that the U.S. Copyright Office is working to modernize copyright, including the implementation of the Music Modernization Act; provided updates on submissions and comments on the Mechanical Licensing Collective (MLC); and walked attendees through the further work the Copyright Office must do once the MLC is designated.

Four major names in the music rights community — David Israelite, President of the NMPA; Mitch Glazier, President of the RIAA; Richard Burgess, President of the A2IM; and Teri Nelson-Carpenter, President & CEO of Reel Muzik Werks LLC and the AIMP’s National Chair and LA Chapter President — came together on the same stage with moderator Robert Levine of Billboard for the “In Conversation with the US Alliance” panel. They discussed what it took to pass the MMA and the challenges that still lie ahead for music rights-holders.

At the “Nothing but Net [Publishers Share]: The Future of Catalog Valuations” session, panelists Sherrese Clark of Morgan Stanley, Denise Colletta of City National Bank, Nari Matsuura of Massarsky Consulting, David Dunn of Shot Tower Capital, and Larry Miller of NYU and the Musonomics podcast revealed that music publishing valuations are currently ranging from 14-20 times the net publisher’s share. Indie publisher valuations are rising in turn at a level not seen since the mid-2000s, with streaming’s growth only making these catalogs more desirable.

The perennial “Indie Perspective” session returned this year with panelists Jon Singer of Spirit Music Publishing, Michael Closter of Reach Music, Mary Jo Mennella of Music Asset Management, Kenny MacPherson of Big Deal Music, and moderator Marc Caruso of Angry Mob Music. They discussed the growth of indies in the music publishing business, covered the history of their careers as indies both small and large, and encouraged DSPs to advocate for songwriters’ rights and royalties.

Podcast licensing was a huge area of interest at the Summit, and the “What the Pod? Music Licensing for Podcasts” session addressed the issue head on. Moderated by Andrew Hampp of 1803 LLC and featuring panelists Evan Parness of BMI, Broken Record podcast host Bruce Headlam, Robert Driscoll of Davis Wright Tremaine LLP, Julia Buchheim of Bank Robber Music, and Sean McGraw of Songtrust, the event delved into all types of music licensing for podcasts, from sync and mechanical to lyric reprints. They also revealed that licensing depends on the amount of time a song is played as well as the way it is used and showcased in the podcast episode.

Other panels throughout the day included a keynote Q&A with music supervisor Sue Jacobs; “The Growing Market for Stems, Samples & Lyrics”; “Songwriter A&R 101”; “Getting an Advance vs. Advancing Your Career” moderated by Monmouth University’s Joe Rapolla; “Soul on Synch: Navigating Songwriting, Publishing and Synchs in Today’s Hip-Hop/R&B Landscape”; and “The Reality of Music in Unscripted Programming: aka the making of Cardi B.”

The AIMP also held its first-ever International Forum the Forum, which provided a half-day deep dive into issues affecting international music publishers. Highlights included a keynote from SOCAN CEO Eric Baptiste, a presentation on the state of the music market in India from JioSaavn, and a panel that examined the latest copyright developments in Europe. 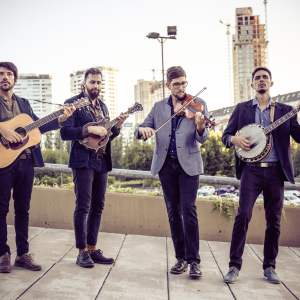 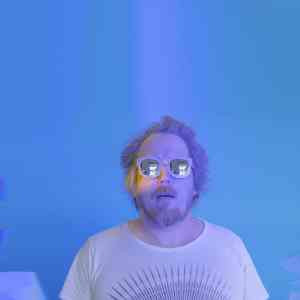