The Police
The Police: Around the World Restored & Expanded-CD/DVD
(Mercury Studios)
2 1/2 out of 5 stars

Only diehard Police fans who still own VCRs or gasp, laserdisc players, have been able to see this 77-minute documentary of their world tour from 1979 to 1980. Until now.

How many of them were clamoring to watch it again is questionable.

Despite the remastered audio and video specifically upgraded for this documentary’s first appearance on DVD/Blu-ray etc., nothing can be done about the slipshod editing, sophomoric camera angles, fuzzy video, cut-aways to the threesome’s silly off-stage shenanigans, and overall dated quality of the production. Most egregious though, few if any songs are here in their entirety. Instead, the editors frustratingly decided to cut away from the concert footage in favor of following Sting, Andy Summers, and Stewart Copeland mingling and clowning around with locals at locations as far-flung as India, Egypt, Australia, Greece, Japan, and other places.

Most of these interactions are goofy, staged pieces (Andy Summers going head to head with a sumo wrestler is particularly offensive) that not only distract from The Police’s obvious musical talents but undercut them. At times they seem like buffoons trying and failing to be fun, crazy guys…not a good look.

The live clips also incongruously shift to slow motion for no reason, ruining any momentum. There might be a good film in here somewhere but it would have to be entirely recut to leave the concert footage untouched and perhaps add the extraneous tomfooleries as an extra. Or better yet, eliminate them entirely. That makes this a missed opportunity to see The Police at this early stage of their career burning up stages.

Thankfully, four full uncut performances of “Walking on the Moon,” “Next to You,” “Message in a Bottle,” and “Born in the ‘50s,” totaling about 15 minutes, have been tacked on as extras, somewhat salvaging this schlocky mess. Recommended for absolute die-hard Police fans only, and even they will likely be disappointed in a final product. It’s amazing the group actually approved for reissue.

However, the package also includes a CD of previously unreleased live versions of eleven tunes, all from the outfit’s initial two albums. These are well worth hearing as they capture the trio charging through the songs with crackling energy and intensity even the classic studio versions only hinted at. A bonus is a rare take of the propulsive “Visions of the Night,” a B side originally recorded for the debut that is every bit as powerful as anything on those first releases. Although this era was already captured on the first disc of Police Live in 1995 (all but two of these songs are reproduced on that set’s 1977 concert, albeit in slightly different versions), the playing is just as inspired.

Perhaps in the future the CD and DVD will be de-coupled, allowing you to skip the video and rock out to the live audio. 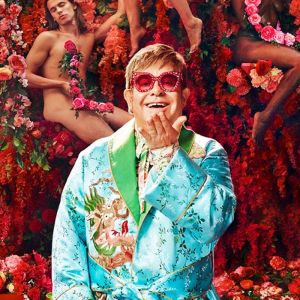