First Dylan wrote his Chronicles, which resounded like a richly-appointed, personal, poignant epic poem It’s one of those rare volumes that became a companion when I needed one the most. Always I knew that when feeling especially alone, that I could turn to any page and that voice would be there waiting for me. It was a comfort then and still is.

Now comes another songwriter, Vincent Vok, with another chronicle, A Chronicle of Angels. It was received in this long season of isolation with great gratitude. Because it too has become a trusty companion, always there at the ready to deliver the words our battered souls crave.

Which is why Vinnie’s poetry of angels matters. He sees proof of holiness even in the desolate gloom of these unholy times. It makes him the right guy right now to tuck some real-time holiness into our cultural pockets. Fusing poetry, prose, prayer and song in his chronicles, he pacifies the worry and weariness of our wayward, wartorn souls.

Even doubters, agnostics, and infidels of iniquity are persuaded by his insistence that there is much which is undeniably angelic still thriving in the human spirit. He doesn’t sugarcoat this stuff, but does deliver what is good news. God is still in his heaven. The angels are still gainfully employed in their perpetual protection of our fragile beings. You don’t have to be born again – you already did that. You simply have to keep going, even through these dark days of everyday brutality, without giving up on God.

At a time when even poetry is devoid of rhyme and rhythm, he brings us these poignantly human, hopeful musings and prayers which sing with the grace of psalms. The free verse of modern times is interlaced with beautifully rhymed, metered verses like those from romantic centuries past which speak to our ancient hearts.

Vincent Vok is the son of a coal miner who grew up in a town called Crucible in southwest Pennsylvania. He’s been writing poems, songs, prose, and every combination of those since he was a kid. In time he moved to New York City, and fell in with the songwriters at Gerde’s Folk City in the Village. He made his first album, the much beloved Survivor, then. It was still the age of vinyl, 1983.

He moved to Staten Island, where he’s been ever since. He kept writing, and also did a lot of theater – acting, writing and directing. He wrote a rock opera, Love During Chaos, and was awarded with a grant to write a score for Shakespeare’s Tempest.

It’s about time Willie and Vinnie teamed up. They’re both kindred souls who speak in the voice of men and angels, and with ample whimsy and wisdom to reach everyone from the groundlings to the priests.

And now with the restorative cure of his chronicles, he walks into our current tempest to address our spiritually shipwrecked souls. He drives past the watchtowers and all the way up to the main entrance of Shadowland, as black as a coalmine, and turns on his brights. With songs and poems as luminous as the angels themselves, he empowers the earthbound with his candles of the spirit.

That Vinnie’s still at it, standing under the screaming siren skies, still seeing the poetry in the folds, still singing of all which is sacred, still finding rhymes in tearful times, still hearing the voices of the angels even in this jackhammer clamor, is a reason to rejoice.

Lke ancient man, who was forever fearful during the dark cold winters that the sun would never return, so did I worry that maybe God had simply had enough of us. The old trusty elements of humanity – Truth, faith, moralitty, empathy and the rest – all- seemed to have been sold off like scrap metal and shipped overseas. Into skies black with smoke of wildfires and riots, a wounded moon rose haltingly, glowing strangely orange through the smoke like a giant Halloween pumpkin.

Into this strange world comes Vinnie with his tuneful poetry songs of angels. If it’s beauty you’re after, get this book. Read it. Let it in. And rejoice in this gift of good spirit, a Chronicle of Angels from Vincent Vok, the Bard of Staten Island.

Here are two samples, used without permission but with hope, from ‘A Chronicle of Angels’ by Vincent Thomas Vok.

Begin with deep, tragic loss.
Sadness uncontained.
Bad weather.
Voices.
Family and or a loved one.

Add prayer with closed eyes.
Check the bear trap for errant angels
that might be out on foot.

Ride the smoke from your cigarette
right up to Heaven and

look God in the eye

And if  he likes your smile,
you get your miracle.

Teach me a signal I can see when I’m lonely
To call all the witnesses that were there at my birth
Show me their faces, let me live with their families
I need an angel that can walk on this earth

No halos, no choirs, no religious live-wires
No holy saints hanging down from the sky
Give me a morning, blow me whisper
I need an angel that can teach me to fly

Give me your wishes, your good and bad omens
Cast your aspersions along with your pearls
Let me get over this long twisted journey
I need an angel whose wings are unfurled

For more on
A Chronicle of Angels :
angelsong 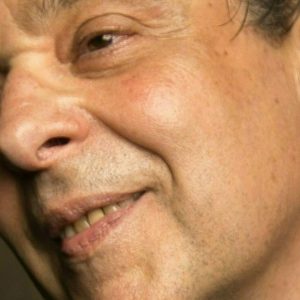 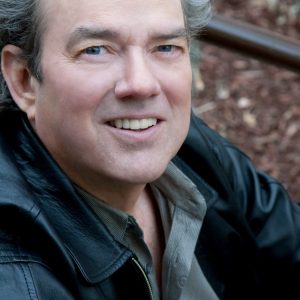