It’s Better That Way, is, to say the least, an ambitious effort, one that boasts a certain sonic extravagance. It’s apparent that the band—brothers Sean Kelly (singer/songwriter/guitarist) and Brendan Kelly (guitar/songwriter/pedal master), and bassist Shaun Rhoades and drummer Josh Kean —was determined to expand their previously defined musical boundaries and venture into other more exotic realms.

They’ve done that and more, and however their future evolves, suffice it to say it no longer justifies being classified as anything that comes close to being termed a “fragile” tomorrow. These entities and arrangements are, in fact, bold, extravagant, and adventurous, so much so that the infusion of energy and extravagance often threatens to overwhelm the melodies and undermine any hook or handle. The clarity is dependent on the band being able to cut through the commotion in order to make a clearer connection. Fortunately, they succeed often enough, and on songs such as “All Signs To Amsterdam,” “Another Club,” “Floating Wire,” “Sandy,” “Riding a New Wave,” and the ironically titled “The Mainstream” a greater semblance of clarity comes through. This is a band that’s more than capable of sharing their incisive intents and in the aforementioned examples, that strategy proves to be true.

That it’s not the case on every offering is likely due to the fact that the band’s ambitions sometimes seem to overshadow all else. Contributing musician (who also helped with a bit of the production) Peter Holsapple, a well-established indie auteur whose past credits include such adventurous entities as R.E.M. and the dB’s, knows a little something about maintaining a divide between art and accessibility, and he manages, for the most part, to help steer A Fragile Tomorrow towards a credible compromise. However, the fact that he also contributes the majority of the instrumentation that comprises these arrangements certainly suggests he was in sync with the group’s intentions. So too, the psychedelic sensibilities require the listener to indulge a bit more than they normally might and, in turn, opt for repeated listens before making any definitive judgment.

As the album title indicates, it’s better that way all around. 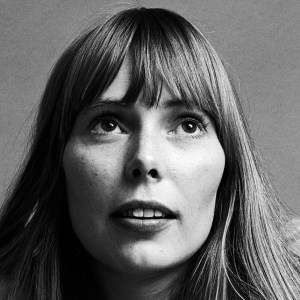