Joni Mitchell began as an archetypal coffeehouse songwriter at 19 years old. As she sang her way through nightclubs and street corners, she began to carve out a handful of songs that defied the conventions of folk music of the era. From her earliest compositions “Chelsea Morning,” “Woodstock” and “The Circle Game” she proved herself to be an artist that wrote with astonishing detail and emotional candor.

Throughout her career, she has remained a formidable songwriter while habitually switching genres—never afraid to take a leap of faith. Despite, or maybe even because of, Mitchell’s constant reinventions, significant portions of her work have slipped between the cracks. But those deep cuts are just as important to the story as the likes of “Case of You” or “Both Sides Now.”

Let’s dive into a few unsung gems from Mitchell’s discography below.

In 1967, Mitchell had a brief romance will fellow Canadian songwriter and legendary casanova Leonard Cohen. The last days of their eventful relationship were captured forever on her Clouds track, “The Gallery.”

Mitchell didn’t miss out on any opportunity to skewer the ladies’ man, noting his paintings of women in a room filled with love letters: I see now it’s Josephine / Who cannot live without you. In Malka Marom’s Joni Mitchell: In Her Own Words, Joni explained that she was writing this song in response to Cohen’s “Master Song,” which included a less-than-flattering line about a woman’s thighs. “I countered it with thinking of the pleasure I’m gonna have watching your hairline recede,” she said.

On “Electricity,” Mitchell could be accused of laying her metaphor for a love affair on a little thick. From comparing matters of the heart to wires, sparks and blown fuses to nicknaming the titular couple “Minus” and “Plus,” for any other artists the lyrics of this song would quickly become passé by the time the song ends—but not for Mitchell.

Mitchell’s supple delivery seems to be able to bear the heavy-handed lines, somehow making them lighter than air. She sweeps the listener along with her riff on emotional circuitry, with her velvet vocals leading the way. It’s a song for any frustrated lover who is unable to navigate their partner’s technical manual.

After her atmospheric work on Hejira in 1976, Mitchell wanted to take things even bigger and more conceptual the following year with Don Juan’s Reckless Daughter. Though the album didn’t live up to its predecessor—not to mention it features a highly questionable album cover of Mitchell as her “Black alter-ego”—there are a few songs on the record that should be noted.

One such song is “Otis and Marlena.” Unlike most of the album, this song sees Mitchell doing what she does best—delivering a story over simple instrumentation. Across the song, she talks about the titular couple as they travel across the country: Marlena under Foster Grants / She’s undercover from the dawn’s advance / That girl is travel-drained.

Mitchell went more challenging and satirical than ever before on 1975’s The Hissing of Summer Lawns —an album full of portraits of hipsters and bohemians. “Don’t Interrupt the Sorrow” sees Mitchell standing up to her lover with the power of generations of scorned women behind her: Uprising in me tonight / She’s a vengeful little goddess / With an ancient crown to fight.

5. “Passion Play (When All the Slaves Are Free)”

After a relatively rough 1980s, Mitchell spent the following decade returning to the ambient, immersive productions that characterized her early career. In 1991, she shared Night Ride Home, with its most potent song being “Passion Play (When All the Slaves Are Free).” The deep, brooding track almost sounds conjured from a puff of smoke.

Lyrically, it sees Mitchell take on a familiar topic in her music: environmental conservation. She toys around with divine solutions to modern pollution: Who in the world can this heart-healer be / This magical physician? Enter the multitudes / In Exxon blue / And radiation rose. Like much of her material, “Passion Play” defies literal interpretations, and yet is a clear commentary on the world as Mitchell sees it. 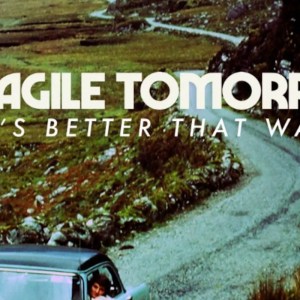