Eddie Vedder often gives the impression he’s more omnipresent than he actually is. Never mind that his band Pearl Jam continues to set a high bar as the indelible icons spawned from Seattle’s enduring post-punk scene. He’s also managed to make his way into the upper echelons of today’s superstar strata, confirming his status as a dynamo of his own design.

Still, it’s been over a decade since Vedder’s last true solo album, the curiosity conceived Ukulele Songs, making Earthling’s appearance long overdue. Only his third individual effort—his contributions to the soundtrack for the film Flag Day appeared last year—its belated arrival has been teased by a series of singles—“Long Way,” “The Haves” and”Brother The Cloud.” So too, the fact that several of his superstar chums are making guest appearances—among them, Stevie Wonder, Ringo Starr, Elton John, Chad Smith, Andrew Watt, and Josh Klinghoffer—only adds to the anticipation.

Likewise, Vedder’s partnership with Glen Hansard, spawned by the Flag Day soundtrack, seems to have served both men well. Hansard’s tenure in the Irish ensemble the Frames and his role as half of the duo known as The Swell Season established his penchant for invoking a certain dirge-like drama, which makes it a perfect pairing with Vedder’s darkly delivered vocals and the image he conveys of a troubled and tortured soul. That overwrought emotion isn’t dispelled here by any means, and its appearance is obvious even at the outset in the form of a bombastic power ballad tellingly-titled Invincible. It’s yet another didactic diatribe fans have come to expect from an artist who’s taken it upon himself to convey the moral fortitude needed to emphasize his persona as a reluctant rock star. Bruce, Bono, and Vedder ought to someday consider collaborating on a moral manifesto.

Granted, Vedder tends to take himself a bit too seriously and the indulgence is also apparent. Nevertheless, the dynamic mostly works well in his favor. The searing rockers “Power of Right” and “In the Dark, a somewhat stoic “Long Way” and the driving “Brother the Cloud” all hint at a higher purpose, but still succeed on a primal level as well. Both emotive and exhilarating, the music shares a drive and deliberation that makes these arched anthems ring with compelling clarity. For all his seeming doubt and despair, Vedder knows his role remains that of a cheer leader, one who can inspire the masses to pump their fists, strum their air guitars, and invest in the intense energy that Pearl Jam became adept at inspiring.

That said, some of the songs offer opportunity to temper the tone, “The Haves” comes across as a convincing heartfelt ballad—engaging, endearing and piqued with honest appeal. And while it doesn’t quite moot the effects of the album’s more bombastic extremes—“Good and Evil,” “Try” and “Rose of Jericho” among the more obvious examples—it does indicate Vedder can offer more than one-dimensional diatribes. Likewise, “Picture” betrays Elton’s influence, while the precious piano ballad “Mrs. Mills” offers an unlikely infusion of chamber pop. Thankfully then, Earthling suggests Vedder can remain earthbound after all. Figure it’s his best yet. 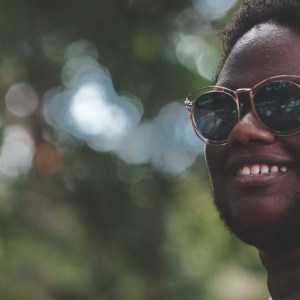 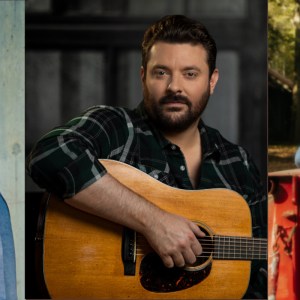