There’s no more appropriate way for singer/songwriter/auteur Eric D. Johnson to celebrate twenty years (on and off) of his Fruit Bats alias than by releasing a new album. Even though The Pet Parade was recorded in the middle of a pandemic, little has changed in Johnson’s tantalizing sonic approach from his previous seven Fruit Bats projects.

It has been a long strange trip for the musician who has coasted on the fringes of the music industry as a cult artist. Along with his work as Fruit Bats he has played with The Shins, composed soundtracks for under-the-radar films, released a solo disc as EDJ and recently and perhaps most unexpectedly, received two Grammy nominations for his work as a third of indie folkies Bonnie Light Horseman.

Yet Johnson has kept the musical faith in his Fruit Bats persona.  The Pet Parade exhibits all the honeyed, flowing melodies listeners have come to expect. His yearning, high pitched voice, somewhat like that of Australian star Paul Kelly, is an acquired taste. But after a few tracks, most will agree it slots perfectly into his overall gentle style. These dozen aren’t quite as pop oriented as the ones on 2019’s Gold Past Life, which borrowed heavily from the Bee Gees’ pre-disco period, but they find a sweet spot in their delicate beauty and work that groove for 45 charming minutes.

There has always been a dreamy element to Fruit Bats’ music. That is emphasized on gems such as the flowing “On the Avalon Stairs,” the bittersweet “Discovering” and the opening nearly seven minute, two chord title tune. The latter with its subtle fiddle and fragile splendor could be a Go-Betweens obscurity, as could many of these songs. Selections such as the swirling “Eagles Below Us” share the same displaced, often atmospheric strains that seem plucked from the air, as opposed to labored over, that was the trademark of the Australian band’s finest output.

The Pet Parade’s instruments were recorded in home studios and bedrooms around the world, then collated by producer Josh Kaufman (another of the three members of Bonnie Light Horseman) into such a seamless whole that most would think the musicians were in the studio simultaneously. This is Johnson’s vision though and when the elements combine as in the floating “All in One Go” with its forlorn harmonica and elusive piano, it’s comparable to the pieces of a jigsaw puzzle fit together perfectly.

While there is an aural sameness that occasionally feels repetitious, the material is so exquisitely composed, effortlessly recorded and emotionally sung, this isn’t a major shortcoming for an album that gets more impressive each time you hear it. 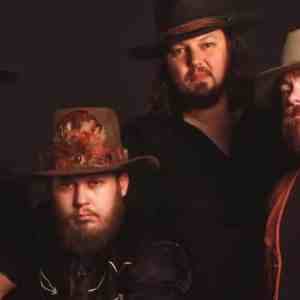 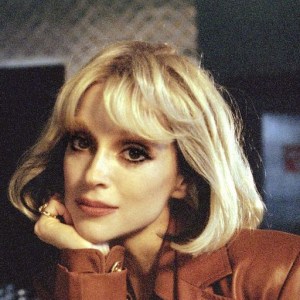