Hello to all you out there… It feels like it’s been years and we’ve all been whispering to anyone who will hear. Here we are, once again here, weird in our own ways.

In this instant lyrical proclamation, Fruit Bats return. The opening lines of the ninth studio album, the six-plus-minute title track is a poetic intro to The Pet Parade, and the two-decade run since the Fruit Bats’ Echolocation debut.

“You can’t write those lyrics and not have them open an album,” says Fruit Bats founder, singer, and songwriter Eric D. Johnson. “You’re not allowed.”

Reflective of people, places in time, and some abstract captions, The Pet Parade was initially inspired by an actual pet parade in the Western suburbs of Chicago that Johnson’s grandmother would bring him to when he was growing up. Starting as an instrumental Johnson pocketed away years ago, the concept later fleshed out into a song with producer Josh Kaufman (The Hold Steady, Bob Weir, The National).

“I always thought it was a cool title for a song,” says Johnson. “In the latter stages of the writing process, Josh wanted to do something that was very Van Morrison, like a long really simple song with just two chords and real bluesy lyrics over the top. I turned into something that’s beautiful and kind of ridiculous and sort of repetitive. The song is hypnotic.”

Produced by Kaufman, who also plays alongside with Johnson and Anaïs Mitchell in Bonny Light Horseman, Fruit Bats’ collective of musicians—drummers Joe Russo and Matt Barrick (The Walkmen, Fleet Foxes, Muzz), singer-songwriter Johanna Samuels, pianist Thomas Bartlett (Nico Muhly, Sufjan Stevens), and fiddler Jim Becker (Califone, Iron & Wine)—were forced to self-record the 11 tracks of The Pet Parade in their individual bedrooms and home studios across the country, yet the record still retains an intimacy, Johnson says, that doesn’t sound a million miles away.

Moving from its more epic introduction, The Pet Parade lands on “Discovering,” a tender exploration of isolation in the sobering He’s lived through another night, but it’s hard to wake up again… You should never be ashamed and try your best not to be too afraid. Written by Johnson and Kaufman in New York in 2017, the song prophetically reflects the current times.

“It’s a song about a fear of being alone, and that it’s okay to not be okay with that,” says Johnson. ‘There’s always this sort of fear of death and being alone, and all of this [past year] just forced us to think about things we were already thinking about.”

Through more universal love stories of “Cub Pilot” and “Here For Now, For You,” singing Sometimes I feel like I won’t get off the ride… everyone’s going to leave you eventually, but I’m here for you for now, the levity of The Pet Parade lies on the sweet sweep of “The Balcony,” a nostalgic memory of Johnson’s grandmother’s apartment as a metaphor for patience.

Reminisces and memories flood though “On the Avalon Stairs” through a more affecting “Holy Rose,” one of the more direct tracks written about the 2017 Tubbs Fire in Sonoma County. “My wife grew up in Sonoma County and just had to sit there and watch her childhood burn down,” says Johnson. “This is a love song to the native West Coasters.”

“I want it to be a journey for you,” says Johnson. “It’s always top loaded so people get invested by track three, then the final three songs are very important. I always say the second-to-last song is actually the last song, like the epilogue, which means that the third-to-last song is kind of like the story process.”

In its closing trifecta, the tender “All in One Go” flows through Parade’s impactful close of  “Complete,” but not before the postscript of “Gullwing Doors,” a sincere contemplation on connectivity and opening oneself up to different feelings and people, visualized through Johnson’s long drives living between LA and Portland, where he would capture a specific pre-dusk moment in the sky in the Central Valley that appeared like wings.

“It’s on the slightly oblique side, lyrically, on the record,” says Johnson. “Sometimes I like to write lines that really mean something and kind of surround them with slightly weirder concepts.”

Pulling from notebooks of notes and songs, Johnson continuously sews pieces together to make sense of his stories., preferring to set the theme with an album and allowing it to slowly “mutate” over time. “This was sort of intended to be a slightly turning of the page of this thematic thing that I was doing, and connectivity,” says Johnson. “I was trying to write a little more expansively about people connecting to each other and feeling isolated and moving past that, literally before coronavirus. It was really weird that I was feeling that way before everything.”

Writing the first several songs for The Pet Parade prior to March 2020, he admits this process shifted as he returned to some of the songs and found something more prophetic in them.

“Coming back to them I was like, ‘wow, these feel right on the money,’ not that I’m some kind of wizard that can see into the future,” jokes Johnson. “They just read it into our world now.”

For Johnson, who has played in The Shins, composed film scores, and recently earned two Grammy nominations with Bonny Light Horseman, everything is in constant motion now. Marking the official 20th anniversary of Fruit Bats later in 2021 with more retrospective pieces in the works, within the tiny parameters of his life and art, Johnson admits it doesn’t feel like two decades have passed, and sometimes it feels like a million years.

In the time since Echolocation, Johnson says it’s mostly been a upward projectory. “I feel like I didn’t even really get going until 2015,” he says. “Usually your first two years are the best, and then it’s just slowly downhill, but it’s sort of the opposite, in the best possible way. It took 15 years for things to really start working.”

Throughout the past two decades, there were also times when Johnson wanted to quit what he was doing. “I was broke and destitute for the first seven years or longer,” he says. “I was not making a living, but then I just kept getting these little nuggets every five years. It’s like following a trail of clues. There’s something to be said about just pushing through, especially in those moments when things are really dire, because when you push through, something miraculous happens afterwards.”

Check out our review of the album, here. 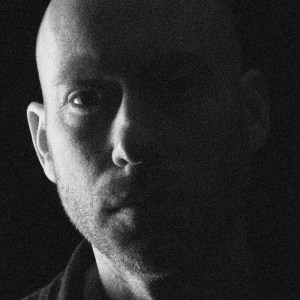 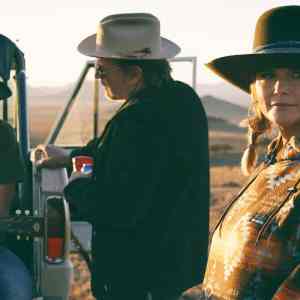