KT Tunstall remembers playing a glockenspiel to Hall & Oates’ “Out of Touch.”

It was 2011, and she was appearing on “Live From Daryl’s House,” a fairly new (at the time) YouTube series spotlighting different artists at Hall’s London home. She needed to add her own experimentative take on the 1984 pop hit and thought the elementary instrument would have just the right touch. Chiming in on key, her rendition was a success, and Tunstall later joined Hall on “Conan O’Brien” to promote the series where they sang one another’s songs.

Nearly a decade later, those charming, Hall-and-Tunstall collaborations have come full circle as Tunstall hits the road this summer with Hall & Oates and Squeeze.

“It’s a dream come true,” Tunstall tells American Songwriter. “Both of these acts are modern-day legendary songwriters. It’s a bit of a songwriting craft that’s a bit thin on the ground at the moment—certainly in mainstream music—so it’s really great to learn from those songs but also witness massive crowds of people really appreciating that level of songwriting. It’s affirming.”

This is an exciting time for Tunstall. She’s touring with some of her heroes, putting the finishing touches on her home studio, and is set to record the third part of her album trilogy later this fall.

“I couldn’t be more thrilled to be standing where I’m standing after this amount of time, especially looking at the landscape of what music looks like now,” says Tunstall. “I feel like I kind of caught the tiger’s tail of people buying records in 2004 and 2005, and I’m very grateful for that. I still feel like I have a very album-loving fan base. It’s a very meaningful and emotional way of absorbing music in that way.”

Even if they don’t have a record player, fans will often ask Tunstall to sign the actual vinyl. “It’s a piece of art,” she says. “It’s not just a way of listening to music. You’re actually pouring over a piece of art as you listen.”

Vinyl is still king for Tunstall. “CDs were always crap,” she says. “They sounded good, but the actual tangible experience of having a CD was not that great. It’s so funny that we have skipped that generation and gone back to the thing that was really awesome.”

Hall & Oates, the vinyl record boom—everything is circling back around, including Tunstall’s tie with former Squeeze man Jools Holland, who she’s currently touring with in Europe. In 2004, Tunstall, made her television debut, performing her first single “Black Horse and the Cherry Tree” on “Later… with Jools Holland,” alongside his other guests Anita Baker, Jackson Browne, and The Cure. “I was this brand new artist,” says Tunstall. “Not only would you pay to get into that room to watch those [other] artists, but you’re starkly put up against these amazing artists which is really good for you.”

She went on to appear on Holland’s show again throughout the years, but says that first appearance was one of her greatest learning experiences. “It’s an incredible show, especially in the face of how everything has changed,” she says. “It’s so important to put new acts up against established ones and to see them in that environment.”

This time around, it’s a more low key and stripped down union with Holland on piano, along with a drummer, a saxophone player and two singers. “It’s always nice with Jools, because it’s a different wheelhouse than what I’m usually inside of,” says Tunstall, who will showcase some flute playing and cover Cole Porter’s “Night and Day” and The Box Tops 1967 hit “The Letter” on the Holland tour.

When touring winds down by early fall, Tunstall is returning to the studio to record the third part of her trilogy of albums, which kicked off with 2016’s KIN, and follow up WAX (2018), capturing the concepts of the soul and body, respectively. “I’m about to finish this trilogy, which is my elegant middle finger up to the idea that people don’t want records anymore,” says Tunstall. “So I thought I’d make three. It also gives you a really great starting off point for what you’re writing, because you know you’re staying within this idea.”

The final concept will cover the third component of being human: the mind. “The soul record was KIN, and that was very much the phoenix after the ashes after my life imploded,” says Tunstall. Follow up, WAX, was all about the body, and during this time, Tunstall went deaf in one ear during the touring cycle. “What the fuck is going to happen to me while I’m making my brain record?” laughs Tunstall.

Thematically, Tunstall finds it fascinating digging deep into this portion of the trilogy, exploring various patterns of learning and of the brain and the repetition that happens. She’s tapping into everything from Kate Murphy’s book “You’re Not Listening,” which covers the brain patterns and how we often are so intent on what we’re going to say next that we’re not actually conversing and how it impacts everything from intimate relationships to global war, to Neale Donald Walsch’s “Conversations with God” on how the mind is not in the head but the entire being, and Steven Reich’s more minimalistic, layered compositions. “He [Reich] has these beautiful patterns that subtly change, then 30 seconds later you’re listening to another piece of music and you haven’t even noticed,” she says. “That’s an element I want to add to what I’m doing. I want to mirror those ideas, but really it’s just the usual for me. It’s just writing really meaningful songs.”

“Three” is one new song Tunstall likens to more of an overview of the entire record, and was written following an exercise she did during her research. “I got into the habit in my journal that if I was up against an issue, I would write three responses to the problem—one from the heart (physical, emotional of the moment), one from the soul (observer of the situation), and the brain which is the more analytical response,” she says. “You get really different answers from yourself.”

Looking at all these different angles, Tunstall is slowly conceptualizing the songs around the “Mind” album. Relocating from London to Los Angeles, where she has lived for the past six years, also continues to impact her songwriting. “I’ve always been drawn to West Coast rock,” says Tunstall. “It’s my favorite genre of music, and it was listening to Tom Petty and Fleetwood Mac that got me sparked up again to write KIN when I thought I was going to take a really long hiatus.”

She recently moved to a new home and is also in the process of building her first home studio, where she will ultimately record this fall. “It’s really exciting, because it means I can start building my collection of caftans and slippers, stay at home, and make records,” laughs Tunstall.

For now, recording has been on hold since Tunstall has had performing opportunities she couldn’t pass up. 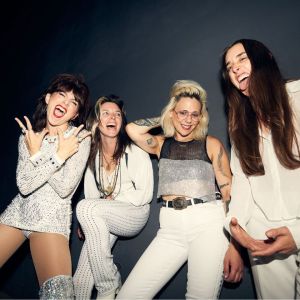 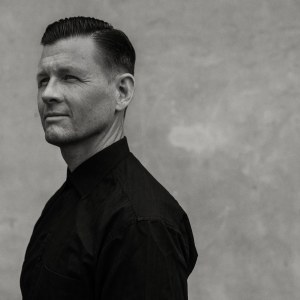