That’s the mantra of blues rocking trio GA-20. With a few well-received albums in their catalog and enough road miles on their van for a dozen other acts, these guys are serious about taking electric blues back to its raw, unembellished roots.

They are dug in … so studio album three (there have been some live EPs too) doesn’t change the approach or overall dynamic. Still, it’s encouraging that all but one track is original. Regardless, the lazy lope of “Dry Run,” the slow shuffle of “I Let Someone In,” and the tough slow funk riff of the instrumental title track aren’t going to break any musical boundaries. But they’re not meant to. Rather, guitar slinger Matthew Stubbs and singer/guitarist Pat Faherty are here to spread the gospel that the old ways of the blues masters they idolize remain viable in this high-tech age.

To that end, these nine volatile corkers (a tenth closing track is an acoustic instrumental reprise of the opening “Fairweather Friend”) keep the faith and then some. The twosome, with drummer Tim Carman, preserve the rough and rowdy attack by bringing scuzzy garage rocking into the musical equation, particularly on the hopped-up grungy Chuck Berry-inspired “By My Lonesome.” They rough up Lloyd Price’s slow dance gem “Just Because,” the disc’s lone cover, and crank out the harsh, creeping slow blues of “Gone for Good” like they just thought of it. As the thumping jungle beat for “Double Getting” proves, it’s clear they can also shift just a bit outside their boundaries to deliver explosive energy.

Lyrics, mostly about lousy relations with women, are secondary. But even though none will give Willie Dixon fans sleepless nights, they work well enough to justify their appearance. Likewise, Flaherty’s singing won’t win any awards, yet he puts across the material with the requisite go-for-broke spirited intensity.

As a producer, Stubbs captures this live-in-the-studio vitality with minimum fuss. You won’t miss the lack of a bottom, just like you didn’t with the early White Stripes or Black Keys material.  The lone mark in the debit column is the disc’s brief length which doesn’t break a half hour even with one tune being repeated. Perhaps a few more originals, or even covers, could have been wrestled with to bulk up the playing time.

Nevertheless, what’s here is solid, uncluttered, unadulterated blues rocking, played by a trio who will never sell out. Let’s show ‘em some love and maybe they’ll start a trend. 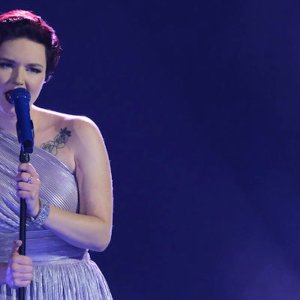