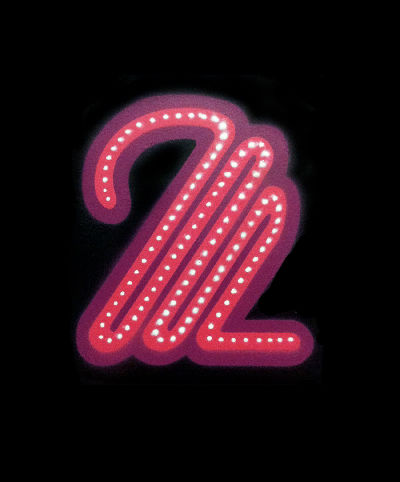 How do you step out from the large shadow cast by your father—who also happened to play guitar for The Beatles? If you’re Dhani Harrison, you name your band, thenewno2, after the British television series, “The Prisoner,” in an attempt to be a faceless, anonymous collective.

If that’s not enough, you can also record a track with one of the founding members of the Wu-Tang Clan. “Mr President,” featuring verses by RZA, Crisis and Sir Eyes, jumps out on EP002, the recently released EP and third offering in five years from thenewno2.

Their previous album, You Are Here, and EP, EP001, delivered groove-heavy tracks with more than a hint of trip-hop influence—a kind of postmodern psychedelic soundscape juxtaposed with A.M. pop lyrics appealing to both acolytes of Harrison’s father’s band, and indie rock fans alike.

EPOO2 suggests an even stronger bent towards a sound pioneered by Massive Attack and Portishead.

The previously mentioned track, “Mr. President,” aims for political insight and satire. RZA’s biting verse, “Mr. President / Thank you for lowering the prices of our medicine/ Being that the Bush war has created more veterans,” addresses both our current and former Commander in Chief. The second version of this song included on the EP is a remix by pHd ‘One Nation’ and though it speeds the track up and distorts Harrison’s vocal pattern is doesn’t really amount to much else.

The ambition of the song indicates that the band is willing to take huge risks, which could yield amazing results in the years to come. However, the contrast between RZA and his fellow MCs with Harrison doesn’t quite measure up to the intriguing idea of the pairing. In fairness, even seasoned MCs can sometimes seem out of place next to RZA. Harrison has hinted in several interviews that on his band’s forthcoming full album in early 2012, the de-facto head of the Wu-Tang Clan will have a strong presence; this is not necessarily a bad thing. Most bands tend to work things out on EPs between albums, and there is nothing here that suggests thenewno2 is incapable of finding the right mix.

Based on Internet activity and iTunes downloads, the most popular track on the EP is “Live a Lie,” and it features the mercurial Regina Spektor on background vocals and refrain. The combination of Harrison and Spektor sounds effortless—as if Spektor has always been a part of the band.

The music on this track expertly creates a mood helping the songwriting to tell the story. The effect is a stifling description of an inauthentic relationship. However, when Spektor coos, “So long to live a lie,” it hardly seems like a bad thing.

The real standout on the EP is the first track, “Wide Awake.” It comes on like a stormy theme song from a Bond movie 20 years in the future. The distorted reverb accented throughout the song acts like an ominous laugh punctuating Harrison’s distinctive voice. This track also showcases great musicianship, innovative production techniques and a remarkable cohesiveness—which is no small feat from a group including so many sonic elements.

EP002 points to a band at the intersection of reconciling its past influences with the anxiety of living in a digital world. If thenewno2 is able to build off of the momentum of the high-points exhibited on this small collection, Harrison’s goal of having a faceless musical collective recognized by ideas and prowess alone, may soon come true. The shadow will most likely always be there though. 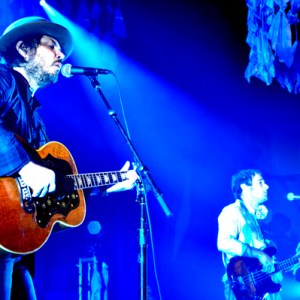