There’s an old soul residing inside guitarist/singer/songwriter Nick Waterhouse’s head; the kind that loves the hip-shaking early ‘60s groove of New Orleans music, American garage rock and AM radio pop. That retro sound has been established through a decade of work that yielded four previous albums. He doubles down on this, his fifth and arguably finest release.

Co-producer Paul Butler (best known through his groundbreaking work for Michael Kiwanuka) ups the ante on this set by leaning into a fuller, occasionally more Phil Spector-esque approach. That’s immediately obvious on the opening “Place Names,” swamped with strings, ghostly backing vocals and a widescreen vista that only a studio full of musicians can provide. The all mono recording also references Spector’s similar basic recording concept.

There are additional ‘60s influences as the disc progresses. It’s clear Waterhouse loves The Coasters since he mimics their distinctive vocal structure, entertaining arrangements, and the Leiber & Stoller songwriting so endemic to their style. All are in evidence on “The Spanish Look” and especially “Fugitive Lover,” a bizarre story sung by a protagonist who may be psychotic and is looking for a woman he might have locked up and subsequently escaped when the singer finds “tied bed sheets from the second floor.” The same holds for a thread that musically connects “One Silver Bracelet,” a tale of being entranced by the titular jewelry on a mysterious femme fatale to The Impressions’ “Gypsy Woman.” The honking tenor sax that often weaved through the songs of The Coasters and other vocal acts of their era, is particularly prominent on the slinky noir club jazz of “Proméne Bleu.” It’s the set’s only instrumental, one that at any moment seems the sax will break into the “Pink Panther Theme.”

The music of Dion, whose voice Waterhouse’s is often compared to, is also a strong influence. That’s the case on the closing “To Tell,” which is heavily indebted to any number of the “Runaway Sue” singer’s tunes. And while no one would confuse Waterhouse with Roy Orbison, the ornate vibe of “Very Blue” will remind most listeners of the latter’s work in the best way. The ghost of Ray Charles is alive and well in “Fugitive Lover” as Waterhouse hits an R&B shuffle somewhere between “Hit the Road Jack” and “Lonely Avenue.”

No less than 20 musicians and backing vocalists are credited on Promenade Blue. While most are not playing or singing simultaneously, it shows the attention to detail that went into the construction and arrangement of this material. Any of these gems would sound natural emerging out of a tinny ‘60s transistor radio. That’s clearly what Waterhouse and Butler were aiming for on an organic album that feels fresh and alive while respecting and recalling the past. 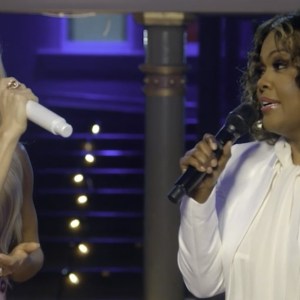 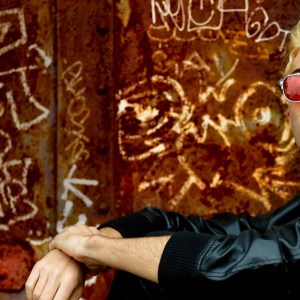