That’s what titular frontwoman Shannon Shaw said when asked to describe her band’s music in three words. She did it with one to spare.

That concise response sells her band’s music a little short. The quartet surely reaches back to the early ’60s for musical inspiration yet, somewhat like Blondie on that group’s debut, they bring fresh relevance to the overall retro vibe.

Dan Auerbach returns to help craft the sound on this, the outfit’s sixth album. It arrives three years after the band’s Onion in 2018 and Shaw’s solo Shannon in Nashville side project, both of which he also oversaw and guided as producer.

But while the song’s riffs and sound are indebted to earlier, more innocent times, lyrically Shaw and Blanchard approach their themes with a more contemporary and often darker slant.  On the bluesy “Crawl” (not to be confused with the disc’s “Snakes Crawl”) Blanchard sings in his high-pitched voice I dig again/But I bury you instead just before hitting a short, compact bluesy guitar solo worthy of Robert Cray. For the twist-worthy surf “Leaves Fall Again,” Shaw’s lyrics In the night I close my eyes/I hear the sound of my red eyes/That awful sound appear just before quirky helium infused backing vocals enter as if from a nightmare. Those ominous words contrast with the rather peppy melody.

There are plenty of girl group references but also some from other bands of that era such as The Searchers, The Hollies, and The Beau Brummels. The pop-heavy “Godstone” even cops its drum break and sprightly groove from The Turtles’ “Happy Together” as Shaw sings obtuse, inexplicable lyrics Strange scream competing with the moonbeam /But we’re too dim to hear it /So we thrash along.

Will Sprott is the Clams’ secret weapon. His attention to detail in finding the perfect instrumental colors to augment the songs adds striking layers to the music. He picks and chooses from an arsenal of keyboards including synths, vibraphone, Wurlitzer, organ, Mellotron, harpsichord, and piano to provide textures that go a long way to creating a smorgasbord of diverse qualities subtly enhancing each selection’s sonic palette. Along with Auerbach’s steady production hand, this is the best, most musically eclectic, and professional Clams set yet.

The 13 tracks are crammed into less than 40 minutes (seven cuts clock in under three), which also suits the group’s single-oriented, tightly knit aesthetic. It helps make Year of the Spider such a nonstop delight, one that casts its web by expanding and transcending Shannon and the Clams’ “punk oldies” moniker. 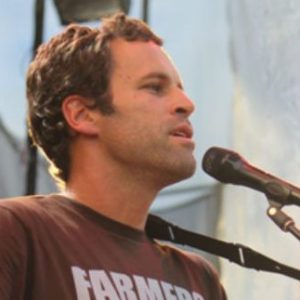