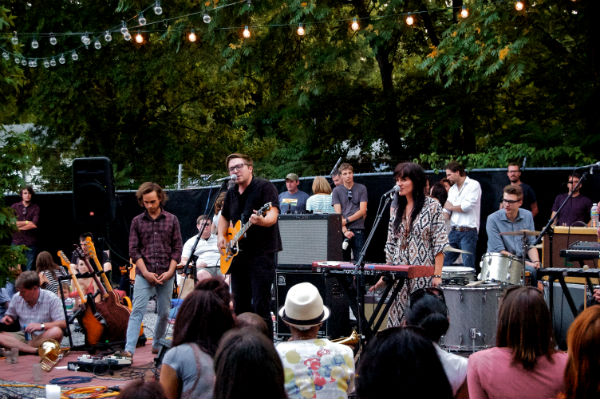 Though the words are often used interchangeably, there’s a real difference between a community and a neighborhood. Community comes to mind when thinking about two of the festivals that recently graced the middle Tennessee area—those festivals being CMA Fest and Bonnaroo, of course — as each event drew attendees from far and wide who briefly united for a common cause. Just down the road from the madness that was CMA Fest, local purveyor of kick ass, high quality denim Imogene + Willie opened up their backyard for supper + song, a weekly series that embodies the culture of a neighborhood in every sense of the word.

Walking up to the back lot of Imogene + Willie is like walking up to a backyard party at a friend’s house—I dare you to go without seeing at least one person you know. Maybe it’s the free punch from Holland House, but the atmosphere at supper + song always has a warmth that can be hard to find elsewhere. It’s a family affair, too, with many of Nashville’s smaller music fans camping out on blankets with plates of tacos and bottles of Coke. Even the Black Keys’ Dan Auerbach got in on the action, hanging back by the Mas Tacos truck chatting with friends and enjoying the music.

And despite the other attractions, the music remains the evening’s focus, with a small stage area lit by hanging lights and an old-school “TN” sign that somehow manages to illuminate most of the yard despite its size. Nashvillians William Tyler and the Kopecky Family Band provided the night’s music and proved that even with two major festivals going on nearby it’s still possible to pack a house (or a yard).

Tyler himself describes his music as “equal parts Appalachian drone and ambient noise,” and, well, I can’t really think of a better way to describe it than that. His playing is something you have to see to fully grasp—his music is heady and hypnotizing in a way that remains accessible and pleasing to the ear, which isn’t an easy balance to strike. He’s into the whole neighbor thing, too—in case you missed the news, William and his sister Elise are opening a new venue, the Stone Fox, in West Nashville that will also serve as both a coffeehouse and a community space for artists and locals alike. Look for the Stone Fox to open on July 12.

Following Tyler was a performance from the Kopecky Family Band. As a personal aside, it’s been so cool to see these guys (and girl!) grow over the years. From their beginnings in a Belmont practice room to a slot playing at Lollapalooza this August, they’ve come a long way in a short time, and each time I see them is a little better than the last. Their orchestral brand of indie pop was a perfect soundtrack for the setting sun (and for eating a full plate of Mas Tacos, too).

Walking out of Imogene + Willie felt like stepping out of one world and back into another, which serves as a testament to what the folks at the store have worked so hard to cultivate: a gathering of people who might not be neighbors in the literal sense, but might as well be. 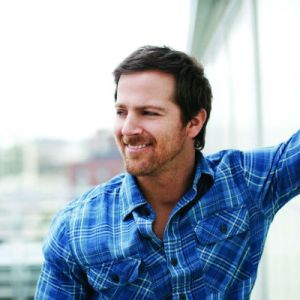 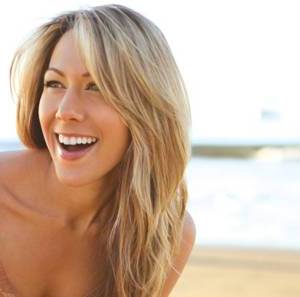