When the Sony/Epic product managers’ Outlook lit up with a reminder that 2022 was the 40th anniversary of Combat Rock, The Clash’s bestselling release, they were prompted to devise a way to re-market it to newcomers that hadn’t already bought the disc and Clash fans that had.

This was a heavy lift because there wasn’t much left in the vaults that hadn’t already been mined for various Clash reissues over the past four decades since its May 1982 debut. The result is this poorly conceived, slapdash mish-mosh.

The double-disc simply includes CR’s 45 minutes/dozen songs on the first platter with no embellishments. The second, subtitled The People’s Hall, cobbles together already released material and a few bottom of the barrel leftovers that had rightfully been gathering dust. The eleven musical selections (the opening track is comprised of various fans saying very little of interest outside the Clash’s famous Bonds club dates) aren’t even listed on the cover, but only on a small, tacky paper insert that looks like it was added as a last minute afterthought.

The majority of these “rarities” were already available on the elaborate 11 CD Sound System (2014) compilation of the entirety of the band’s studio work; three platters of which were dedicated to outtakes and B sides where most of this was sourced from. Since that runs nearly $200, selections from it recorded or remixed around the time of Combat Rock are here to perhaps allow fans with lighter pockets entry.

But if that was the idea, why disregard some of the extended remixes of Combat Rock material included in the box such as a reggae/dub “Ghetto Defendant” and especially a longer “Straight to Hell.” An instrumental take on Sandinista’s “Hitsville U.K.” here inexplicably titled “He Who Dares or Is Tired,” is forgettable as is “Futura 2000,” a remix of “The Escapades of Futura 2000,” a rarish 1982 single. Meanwhile, a newly available 7” of “Rock the Casbah” and “Red Angel Dragnet” with Ranking Roger’s vocals is inexplicably missing even though there is plenty of room for it. Little makes much sense, nor does the thoroughly confusing four-page essay in the enclosed booklet which manages to not provide any information about why this extras assemblage exists or even background on the initial Combat Rock. A closing alternate version of “Know Your Rights” unique to this set is too little too late.

None of this detracts from the original music which has held up well over the decades despite, or more likely because of, its unusual diversity and experimental slant. From Mick Jones’ pop-infused “Inoculated City” to the truly bizarre childlike closer with singsong lyrics and tinkling piano “Death Is a Star,” The Clash continued to push boundaries on Combat Rock an album that also featured its two biggest singles.

Use this 40th anniversary to get reacquainted with it and save your money on this pointless expanded cash grab. 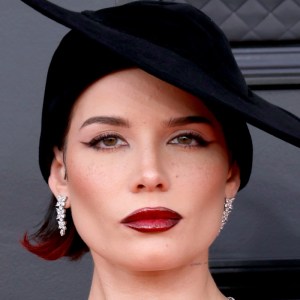