The nights of March 4 and 5, 1977 have rightfully gone down in the tome of the Rolling Stones, and by extension rock and roll overall, as two of the most desirable times fans fantasize about being in the presence of a once-in-lifetime event. That’s when Mick, Keith, and the boys played a few nights at Toronto’s 300-capacity El Mocambo club.

The well-documented story goes that winners of a contest that asked, “What would you do to see the Rolling Stones play live?” got to see the Canadian rock band April Wine live at the club with support from a group called The Cockroaches. That oddly named opening act was the Stones and the rest immediately became history. By the second night, the secret was out, but that didn’t stop the Stones from turning in a solid, diverse set, promoting their most recent April 1976 Black and Blue album.

Detailed liner notes to this official release of the full second evening, plus three tracks from the first, explain the predicaments the Stones experienced at the time; the most memorable of which was Keith and girlfriend Anita Pallenberg getting busted at the border for bringing heroin into Canada. The band also had not played live for seven months.

Not surprisingly, these shows have been heavily bootlegged over the years, but this authorized reproduction of those nights is something of a revelation. Just four tracks made it onto 1977’s double record Love You Live, only their third concert recording at the time. The rest have been inexplicably collecting dust in some Stones vault since.

Apparently, the initial concept was for the outfit, augmented by keyboardist/vocalist Billy Preston (his robust playing is featured throughout) and percussionist Ollie Brown, to revive material they played in clubs during their earliest years. But that only resulted in a handful of oldies (“Route 66,” Chuck Berry’s “Around and Around” along with blues chestnuts “Mannish Boy,” “Worried Life Blues,” “Little Red Rooster,” and Bo Diddley’s offbeat Caribbean “Crackin’ Up”) getting the nod, apparently to the consternation of Richards.

This double CD (also a four vinyl package) delivers 23 songs and nearly two hours of music, all remastered for striking crispness and clarity. Bill Wyman’s bass, typically under mixed both in the studio and live, is fully present, and Preston’s keyboards (and even synthesizer on a track) are highlighted. The band was only 17 years into their career but had racked up a remarkable run of hits, most of which have not been topped since. We get five of the better cuts from the middling Black and Blue along with a handful of ringers. The opening “Honky Tonk Women,” “Jumpin’ Jack Flash,” “Brown Sugar” and the like get rollicking renditions and even trifles “Hot Stuff” (Preston’s piano is especially powerful) and “Star Star” are delivered with more energy than their studio versions which is what every live album should strive for. Thirteen titles not on Love You Live are included so Stones collectors should be elated to hear seldom played tracks from Black and Blue along with tough versions of “All Down the Line,” “Rip This Joint” and others in their 1977 glory.

But the half-hour or so of deeper blues is what makes this a keeper. Muddy Waters’ “Mannish Boy” sizzles although not as much as Muddy and Johnny Winter’s live version. Big Maceo’s “Worried Life Blues” is energized and Howlin’ Wolf’s “Little Red Rooster” gets a dark, totally credible reading, bringing the Stones back to that tough, scraggly, hungry blues outfit they were before the cash started rolling in. A surprise performance of “Worried About You,” a tune that wouldn’t appear until 1981’s Tattoo You, finds Jagger going falsetto soulman to an unexpectedly impressive pre-Prince effect.

This doesn’t capture the Stones in full Get Yer Ya-Ya’s Out throttle. Still, at its best, it’s a reasonable recap of their strengths kicked up a few notches for the small stage they hadn’t played in far too long with a tight band and generally stripped down (no horns, backing singers) lineup featuring then new guy Ron Wood. Those looking for “satisfaction” won’t hear that tune but will get gratification from the majority of this long sought-after audio document. 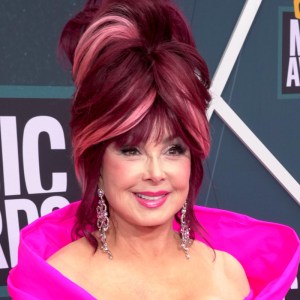