In the “better late than never” department is this long-delayed release from 2012.

The Truth & Salvage Co. initially made minor waves when their Chris Robinson produced debut (2010) introduced them to the world. That pegged the North Carolina-based outfit as a Tom Petty, The Band, and sure, Black Crowes-inspired group, albeit without material that matched those icons. Still, with four singers, it generated enough attention to create a second shot at the musical merry-go-round brass ring. That’s when things got complicated.

A follow-up was recorded over the span of two months a few years later with high-profile producer Rob Schnapf (Elliott Smith, Beck). Atoms Form featured 14 solid songs, wonderfully produced and played, clocking in at almost an hour. But it was rejected, as were two subsequent attempts, by their record label. Finally, Pick Me Up (2013) appeared, but after touring behind it for a few years, the quintet disbanded. So, into mothballs, the unreleased Atoms Form went. That’s where it might have stayed forever.

Recently the members decided to reform, at least temporarily, for a few shows in New Orleans and figured this would be reason enough to dust off the Atoms Form tapes and get them into the marketplace. It was a smart move.

The disc is a diverse, if largely roots rock-oriented, collection. It starts with “Charm City,” a Pink Floyd meets The Band concoction that rumbles and floats with spacey yet grounded swampy mid-tempo rocking. The approach changes with the pensive “Summertime” which once again finds a Band groove, mixing R&B with dusky Southern dirt and a melody that feels organic and natural. A jaunty piano sets the vibe for “So Sad” whose thumping rocking ramps up the disc’s vitality with call-and-response vocals and Faces-inspired energy.

The rather trite lyrics of “Back in Your Love” notwithstanding (Feel it around me/It’s never enough, yeah), the ballad finds its footing with an organ and guitar-driven sound and a committed vocal that’s more moving than the idea of lost love. The title track aligns music and concept much better hitting a bluesy stride in keeping with the collection’s edgier side.

It’s not a great album but a very good one that might have been even better if a few of the weaker tracks were excised. Still, it’s certainly worthy enough to have gotten released when initially recorded. We’ll see whether this regrouping sticks, but if the only result is a few shows and the surprise appearance of this long-lost disc, the Truth & Salvage Co.’s unexpected reformation was worth it. 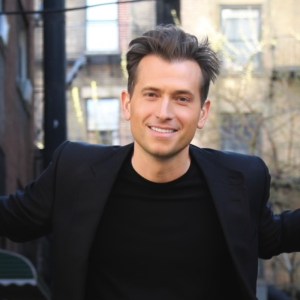