Clifford/Wright/For All the Money in the World/Cliffsong Records
3.5 Out of Five Stars

Let’s face it—drummers don’t always get the recognition they deserve. Relegated to the background and often charged with simply keeping the beat, they generally just serve the whims of those at the helm, while remaining anonymous or even forgotten. Granted Ringo Starr, Charlie Watts, John Bonham, and Keith Moon garnered notoriety, often due to their personalities—or in Watts’ case, lack of one—but for the most part it’s a rare percussionist who takes center stage.

Even Mick Fleetwood had to settle for having his name as part of the band’s branding in exchange for conceding the spotlight to a rotating list of guitarists that have served at center stage.

Doug Clifford can likely attest to that ignominy. Although his band, Creedence Clearwater Revival, titled an album, Cosmo’s Factory, that referenced his nickname— “Cosmo”—he was clearly overshadowed by his band brethren, John Fogerty in particular. (Fogerty recently took even that distinction away, naming a recent collection, Fogerty’s Factory while claiming the concept entirely as his own.) A solo album released in 1972, appropriately titled Cosmo, did little to bring him the necessary attention, and while he remained active after CCR’s bitter break-up—mostly confining himself to a scant handful of efforts shared with the Don Harrison Band, Doug Sahm, Steve Miller, and the CCR tribute outfit, Creedence Clearwater Revisited—he’s rarely been heard from ever since. More recently, he went back into his vaults and uncovered a cache of songs recorded in 1985 but subsequently forgotten, belatedly releasing it last year under the name Magic Window.

Inspired perhaps by the response he received, he’s now back with a new batch of material recorded in collaboration with bassist Steve Wright, a veteran of the Greg Kihn Band. And while other guests are on hand—Joe Satriani ranks highest on the marquee, while guitarists Greg Douglass (Steve Miller Band) and Jimmy Lyon (Eddie Money) and keyboard players Tim Gorman (The Who) and Pat Mosca (Greg Kihn Band) add some cache of their own—lead singer Keith England’s sandpapery vocals take center stage. That said, Wright’s influence clearly dominates the proceedings, his power-pop pedigree reflected in the title track, “I Need Your Love,” “I See Your Silhouette,” “Real Love,” and for that matter, practically every song in the set. It would indeed be difficult to identify any offering with Clifford’s Creedence roots. If anything, it’s album-oriented bands like Journey, Styx, and the Babys, with more than a hint of post-Faces Rod Stewart that provide the closest comparisons.

Consequently, while For All the Money in the World often sounds like a generic attempt to make an upbeat, commercially viable rock and roll record—“She Told Me So,””You Keep Runnin’ Away,” “You’re Gonna Love Again,” and “Lost Pride Fever” sound especially formula-fueled—the album does have all the additives necessary to make it sound radio-ready. Credit Clifford and Wright for their attitude, instinct, and catchy songs. After all, those are the skills that all the money in the world simply can’t buy. 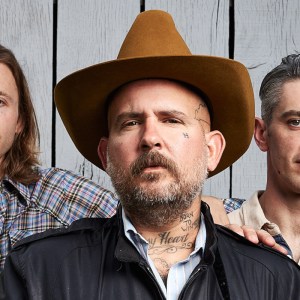