Spirituality can be viewed in many ways, such as the search for purpose, the belief there is something greater than oneself, or transcendence of self. In the second episode of Rivers of Rhythm, a six-part video series presented by American Songwriter and Renasant Bank, spirituality and gospel are at the core of African American music.

“Spirituality has always been a huge part of the African American community and it has always been the beginning of music,” shares artist & producer Otto Gross in the latest episode.

As we celebrate Black History Month, Rivers of Rhythm—highlighting the work of The National Museum of African American Music—explores and celebrates the music genres and styles created, influenced, and inspired by African Americans. In interviews with some of today’s artists, alongside perspectives from leading historians and curators, Rivers of Rhythm focuses on a particular musical style—spirituals, blues, jazz, gospel, R&B, and hip hop—in each episode.

“Now, Gospel music, which is often kind of conflated with the spirituals, is actually something that emerges in the 1920s and 30s as a result of the combination of that older spiritual tradition with newer developments and popular music coming out of the blues and jazz,” continues Dr. Lewis.

“Gospel music absolutely started in the church, but it goes way beyond that,” adds Gross. ”You see it in popular music. All sorts of genres—country, pop, R&B —all of them. You think of people like Beyonce or Jamie Foxx, John Legend—he started in the church. All of them got their start in the church and because of that, that absolutely influences some of the biggest hits that we see now in other genres.”

“Spirituals and gospel music serve as a soundtrack to the faith and perseverance of African American people, guiding us through slavery, the civil rights movement, and other pivotal moments in history,” concludes the narrator. “Shepherding us to the promised land.”

A new episode of Rivers of Rhythm will premiere here at American Songwriter each week for the next 4 weeks.

Watch the full episode below and check out episode 1 of Rivers of Rhythm HERE. 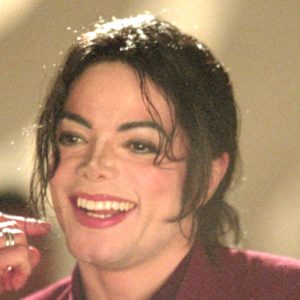