“Fortune-tellers usually don’t predict doom and gloom in your future—it’s bad for business.”

In 1968, The Doors were playing a show in Santa Barbara, and while in town guitarist Robby Krieger, along with drummer John Densmore, were dragged by longtime Whisky a Go-Go stalwarts and friends, Donna and Sharon, to visit a psychic with “the Gift,” called Ms. Clara. Everyone but Donna received their good fortune. Hers would reveal itself weeks later when Krieger, Donna, and her boyfriend were involved in a car accident driving to a fishing trip along the Mexican border. All three sustained injuries, including Donna who was left paralyzed from the waist down after the accident.

Krieger, who long battled with survivor’s guilt and remained on and off friends with Donna until her untimely death, was only left with a black eye following the incident but was still scheduled to appear with the band on The Smothers Brothers Comedy Hour a few days later. As they performed, Krieger only pretended to play, and when asked about the infamous black eye, would often embellish the story saying he and frontman Jim Morrison got into a fight before the show, or that the band was attacked by rednecks that didn’t like their long hair.

“I used to love it when Jim gave conflicting stories to the press to keep people guessing about us, and I like carrying on that tradition,” says Krieger. “My black eye should serve as a reminder that no matter how much a person thinks they know about The Doors, there’s always more to the story. Much more.”

Nearly 50 years later, The Doors founding guitarist Robby Krieger, who penned some of the band’s biggest hits, including their number one hit “Light My Fire,” along with “Love Me Two Times,” “Touch Me” and “Love Her Madly,” captures pockets of memories, monumental moments, and sets the record straight on the true connection of The Doors—and the most famous black eye in rock ’n’ roll—in his first memoir Set the Night on Fire: Living, Dying, and Playing Guitar with The Doors.

Co-written with Jeff Alulis, author of punk autobiography NOFX: The Hepatitis Bathtub and Other Stories and former touring vocalist for the Dead Kennedys, Set the Night on Fire contains short story recollections from Krieger, now 75, in his earliest days as a young musician, the highest peaks and crashes in his personal life—getting locked in jail for drug bust as a teen—and being in one of the most legendary bands in rock history, including some of his first writing sessions in his parents’ living room with Jim Morrison and the backyard parties where the band would play their first-ever gigs.

“My point in doing this book was getting everything right,” shares Krieger, who enlisted Alulis to also help research and ensure everything was factual, and debunk a lot of what was portrayed in the 1991 Oliver Stone-helmed film The Doors, starring Val Kilmer and Meg Ryan, and the more fictitious elements of the band’s union and relationship leading up to Morrison’s death at 27 in 1971.

“There’s a lot of stuff in the movie that wasn’t really right, just how Jim Morrison and the rest of us got along as four people, which the movie doesn’t really show, so I wanted to give an inside look,” says Krieger. “When you watch that movie you end up believing everything, so I wanted everything correct. This should be the real version of how everything happened.”

More than 20 years in the making, Krieger says he was waiting for the right time to tell his part of the story about his time with The Doors. “John [Densmore] was the first one to put out a book, [Riders on the Storm: My Life with Jim Morrison and the Doors, 1991], and he put Ray [Manzarek] down in the book, then Ray came out with his book and really put John down,” says Krieger. “Then all of this progressed into lawsuits and a mess, so I just said ‘I’ll stay out of this book thing for awhile.’

When the pandemic hit, Krieger finally had time to revisit his side of the story, which he wanted to title “Light My Fire,” a song he mostly wrote for the band in 1966, but had to use a verse in the song, set the night on fire, since Manzarek already used the song title for his 1999 memoir, Light My Fire: My Life with The Doors.

“I wanted to use “Light My Fire,” but Ray took that one,” says Krieger. “He never even asked me.”

Initially, the book started as a movie. Krieger was approached to work on a film about the band, told from his perspective, as a teen biopic, growing up and ending up in The Doors. Alulis, who was writing the screenplay, ultimately ended up working on a memoir with Krieger instead. “I just wanted to set the record straight on everything that actually happened, as far as I can remember,” says Krieger. “It’ll be interesting to people who don’t know that much about The Doors to see how a kid like me grew up and ended up in a band like The Doors. I hope people who are not Doors fans will read it.”

In the book, Krieger jumps back and forth from stories about the band to more personal memories, including “Guitarras Ramírez,”—how his father brought him back three Ramirez Guitars from a trip to Spain, instruments he still owns to this day, before he transitioned from acoustic to electric after seeing Chuck Berry. In 1965, Krieger joined a friend to see Berry’s headlining “Blues” show at the Santa Monica Auditorium, where he captured the rock legend in his classic duck walking, fast-talking era, and the thunder coming out of Berry’s cherry red ES-335. The next day, Krieger went to his local pawnshop to trade in one of his Spanish guitars for Berry’s same guitar. “That’s what Chuck used, so that’s what I would be using from then on, but it was way out of my price range,” says Krieger, who came home with a Gibson SG instead. “The act of literally trading acoustic for electric was a major turning point in my life.”

Krieger, who reconnected with his old high school friend and later Doors drummer, John Densmore, recounts how the pieces fell into place around this time of transition and the beginning of The Doors. But Set the Night on Fire doesn’t follow any sequential order of Krieger’s life and time with The Doors, and moves through the more pivotal moments in the guitarist’s life in order of impact from personal tribulations—drug addiction and his battle with cancer to his twin brothers mental breakdown.

“Everything is in there and it’s not one after another, nothing is chronological,” says Krieger. “It jumps around. It’s kind of boring if you start in order ‘when I was a kid.’

Reflecting on writing for The Doors, it was not so much about the words for the guitarist but the music. “I never really considered myself a writer of words,” says Krieger. “For me, it’s always the music first and that would give me the idea for the words. The ones that I did write had words—‘Love Me Two Times,’ ‘Light My Fire,’ ‘Touch Me’—the music was always there first, and then I would try to put some words to it. Sometimes it worked out, sometimes it didn’t, but it was always a lot easier when Jim would put the words in.”

Recently releasing his seventh solo album, the jazz-filled The Ritual Begins at Sundown, in 2020, Krieger has been playing shows, including a recent benefit concert for COVID first responders with other U.S. shows on the horizon, and has material for two new albums—an instrumental covers album, featuring reggae renditions of Bob Dylan’s “Mr. Tambourine Man” and the Bee Gees’ 1977 hit “Stayin Alive,” and another R&B and jazz release to follow.

“I do have some words for some other songs,” reveals Krieger of some additional songs he’s written, “but I’m going to wait for the right time and the right singer.”

The release of  The Doors’ 50th-anniversary edition of LA Woman, the band’s sixth and final album with Morrison in 1971, marks another milestone for Krieger and the band and the reveal of a recently discovered original demo of “Riders on the Storm”—an unmarked tape reel unearthed from the band’s vault of an earlier recording of the tracks during Sunset Sound Studios sessions with producer Paul A. Rothchild—along with the previously unreleased reels of “The Changeling,” “Love Her Madly,” and “L.A. Woman,” as well as “Riders.”

LA Woman was a prime example of The Doors fluidity together in the studio, and a more unorthodox approach to recording, evidenced in the rawness of many of their recorded songs, which weren’t about perfection, says Krieger, but feeling. “When the Music’s Over,” from the band’s 1967 album Strange Days, is layered in guitars, which happened by accident during a session with Rothchild and engineer Bruce Botnick, who would go on to produce LA Woman.

“In those days we didn’t have as many possibilities as we do now,” says Krieger. “We had eight tracks at that point. I had found a sound that I really liked, and I wanted it to be more like a violin than a guitar, just really smooth. Paul [Rothchild] had a little electronic kit that he somehow jimmied the track adding a couple of layers together with the engineer Bruce Botnick, and they got this perfect sound.”

After overdubbing a long guitar solo he had in the middle of the song with three of four different recordings, Krieger listened back in the control room with Botnick, who had accidentally left two of the solos on the track, which they decided on the final recording.

“It’s very rare when you get your perfect sound,” says Krieger. “It just so happened that it worked perfectly, which doesn’t happen very often. There’s something to be said about having unlimited tracks. Sometimes people tend to get too caught up in perfection, but the happy accidents are much more a part of the feel.”

Embracing more uninterrupted time at his studio during the pandemic, Krieger had time to work on the book, new music, and admits that after more than 50 years of touring, he doesn’t miss traveling. “It’s kind of nice to have a break from that,” he says. “I’m lucky to have a studio that people really love, so I have all these great musicians who come around all the time to jam, so it keeps me going.”

However murky the history of The Doors seems more than 55 years since forming, Krieger hopes he can shed some light on the cloudier stories and legends of the band, for diehard and younger fans.

“It always surprises me how many young people are into The Doors,” says Krieger, thinking of the band’s lasting legacy and a friend’s 7-year-old, who has learned most of The Doors guitar licks. “Kids today just love it. It shows me that we really did touch a core not just with people of our generation, but it will keep going for a while. When Jim passed away, I thought ‘well that’s it. Nobody will care about The Doors anymore,’ but I was wrong.” 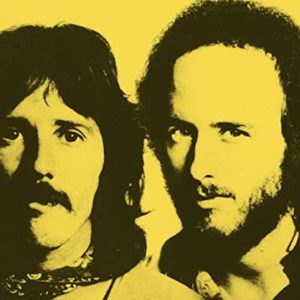 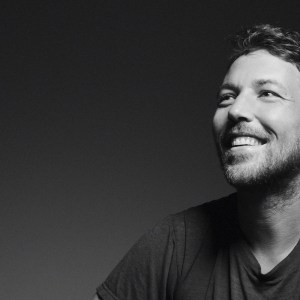