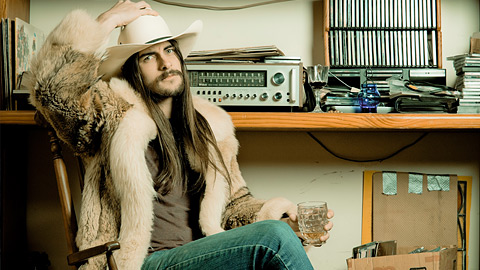 There’s a slew of great tracks on our new CMT Sampler, but one of the greatest comes from relative newcomer Robert Ellis, a 22-year old singer-songwriter from Houston, Texas, who will release his second album, Photographs, on July 5 via New West. Photographs will feature “Westbound Train,” track 24 on The Country Way Digital Vol. 2.

We asked Ellis about the songs’ origins, and got some candid answers.

What’s going on in the song lyrically?

The song was not my initial reaction to the situation. Obviously my initial reaction was obviously a little upset and hurt. This was my after I thought about it reaction to the whole thing. The chorus is pretty self explanatory… he slept with my ex-girlfriend and we were friends. The whole song is directed at him and the train probably represents her. She moved out to California soon after we split up. That is kind of where the westbound train came from.

Wow. How long ago did you write it?

So you came up with it while you were traveling?

Yeah, while I was driving. That tends to be the only time that I am ever completely alone anymore. I can do a lot of thinking with the radio off that way. That’s how I came up with a lot of the tunes I have here.

Does that mean you have to remember your rhyme schemes and stuff?

Yeah. I keep a little notepad with me, and when I wrote this song I had this little Casio keyboard. Which I realize how dangerous that is, driving 80 miles on the highway playing keyboard. I would keep that around just to mess with any melodic ideas, and write in the notepad if I had any lyric ideas. I was going back and forth to Austin, which is a three hour drive every three of four days. I was playing with this band up there and played a lot of shows up that way. I spent a lot of time driving, and just got used to working in the car.

Musically it reminds me a bit of an old, sad Simon and Garfunkel song. Did it remind you of anyone after you had written it?

Yeah, definitely Paul Simon. Right when you called I was sitting down with my coffee listening to a Paul Simon record and he is definitely one of my favorite song writers and arrangers. I hear a lot of that in it, and I also hear a lot of those Travis-picked country tunes. It being in G, it kind of lends itself to a lot of these hands formations that Mississippi John Hurt would have done, or Doc Watson. There are only so many notes you can play right there.