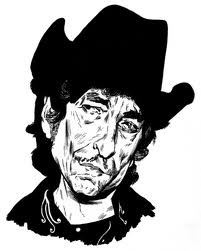 This is Part 3 of our Bob Dylan 79th Birthday Celebration today, May 24, 2020. What follows are the words of many of his peers on the impact of this man in their lives and music.

Leonard Cohen: At a certain point, when the Jews were first commanded to raise an altar, the commandment was on unhewn stone. Apparently, the god that wanted that particular altar didn’t want slick, didn’t want smooth. He wanted an unhewn stone placed on another unhewn stone. Maybe you then go looking for stones that fit. …Now I think that Dylan has lines, hundreds of great lines, that have the feel of unhewn stone. But they really fit in there. But they’re not smoothed out. It’s inspired but not polished. That is not to say he doesn’t have lyrics of great polish. That kind of genius can manifest all the forms and all the styles.

Paul Simon: Bob Dylan is like the most mysterious of all the people of our generation. He’s sort of impenetrable, really. I’m trying to remember if there is anyone else besides Bob Dylan who could have influenced me [to start writing songs like “The Sound of Silence”], but I really can’t imagine that there was. It might not have been Dylan directly but it was the folk scene of Bleeker and MacDougal. But Dylan was so dominant a force in it that in a way you can attribute it to him.

Art Garfunkel: To the extreme, Dylan was the coolest thing in the country. Who he was and how different and bold his lyrics were, and his look; that was the closest thing the record business had to James Dean. If you look at the early Dylan on his album covers, you see a real charismatic star of a kid.

I remember when The Freewheelin’ Bob Dylan came out. I was in Berkeley. I was a carpenter. And I was singing in clubs as well as doing carpentry during the day. And I saw in the record store around early September the new album. And there’s Dylan in the village walking in the snow. The camera’s got an upward angle on him and he’s with his girlfriend. And I knew I had to try to make a record. That was such a great place to be.

P.F. Sloan: Dylan was almost too exciting to listen to at first. I felt the electricity go up my spine. Listening to the first Dylan albums to me was almost like being in church. A very enlightening church service that opened my consciousness. It was an endless consciousness; infinity’s consciousness of love towards mankind. I think he opened up the consciousness of 90% of he people who listened to him.

When John Lennon heard [my song] “Eve of Destruction,” he said, “That’s a piece of rubbish. That’s just some kid imitating Bob Dylan.” Later when I met Dylan, he was real encouraging, like a brother to me. He said, “I know where you’re coming from.”

Joan Baez: His songs were just the best. I was already comfortable with protest songs. But with Dylan’s songs it was “Aha!” Because they’re so good. After he wrote those images, thousands of young kids scribbling on their pads tried to duplicate that and nobody’s been able to.

People say to me that if I hadn’t discovered Bob, people wouldn’t have heard of him. People would have heard of him.In those days, since he was such a grubby little thing, people needed to have him sanctioned before they would listen. So yeah, I’m happy that I did that.

He’s influenced every songwriter in rock and roll and folk. And whether or not he was involved in social action, he wrote this artillery for us.”
Neil Young: Dylan was a great influence on me. I admire his work very much. Especially his newest work.

Randy Newman: Dylan at his best is great.

Roger McGuinn: The first time I heard Dylan was in Greenwich Village at Folk City. He had just come to New York from the west coast. He had only a couple of songs that he had written himself. Mostly he was doing Woody Guthrie songs.

I remember the little girls used to like him a lot. They’d kind of squeal when he got onstage and get all excited. I didn’t have any idea that he’d get as big as he did. But he was really good.

Dylan’s road manager sent our manager a demo of “Mr. Tambourine Man” with Dylan and Jack Elliot singing it. Jack was a little bit out of tune. Our manager was sure it was a hit. So we listened to this, this 2/4 four or five verse song, about eight minutes long. I didn’t think it was commercial. I thought it was soft and ballad-like. It didn’t have any punch to it. But we punched it up.

We auditioned for who would get the lead vocal and I got it.

Gerry Goffin: My favorite writer is Bob Dylan. It will always be Bob Dylan. I always put him at a level way above the average listener. He sort of blew my mind. When I first started listening to his records, I went nuts. I said, “Nobody ever told me you had to write poetry.”

Rodney Crowell: I’m an intense Dylan fan. I love Infidels. I think it’s one of the most remarkably written albums I’ve ever heard. The language in that record is brilliant, it’s beautiful. That’s really inspired writing. 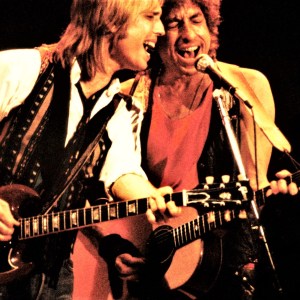 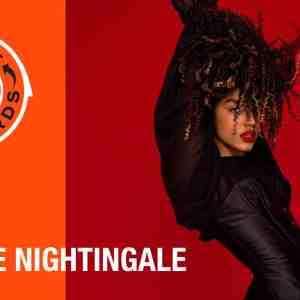