After a successful run of America’s Got Talent, Robert Finley thinks that it’s time for people to know the sharecropper’s son. Finley sits down with Surviving the Music Industry podcast host Brandon Harrington to talk about his new album, Sharecropper’s Son, produced by Dan Auerbach, as he reflects on his time with America’s Got Talent, his childhood, and how after 67 years he feels that you are never too young to dream, nor too old to live.

If you’re a fan of the momentous talent competition show, America’s Got Talent, or have caught clips from the show, one of the stars to be discovered was not from a circus act or what some might deem current in pop culture. Rather, it was a story that captivated an audience about a man’s dream, hard work, and never-give-up mantra that only a person like Robert Finley could share with the world. It can be really easy to glance at some of those AGT clips and say that Finley was an overnight success. But if you happen to be a fan of Surviving the Music Industry with Brandon Harrington, you know that there isn’t such a thing as overnight success.

Finley has spent 67 years of hard work, entertaining and baring his soul to audiences all over the world. “I’ve always been a dreamer and I dreamed ahead of my time,” Finley shares in the podcast. As he recounts early imitations of himself from his youth, from the likes of James Brown, Al Green, and even Rudy Ray Moore’s Dolemite character, Finley continues to share the story of a sharecropper’s son.

Finley is one of eight children who worked the lands of Louisiana during the Jim Crow era South. Finley explains in detail the life and his perception of community during this time and shares how he thought they lived in luxury. Meaning, they were never starving or were lacking for anything. Even though Sharecropper’s Son goes into great detail about the life of Finley, parental lessons are shared in a conversation that involves burning coals which reflect the singers’ mentality of perseverance.

With years of military service, and being a singer in the army band with decades of entertaining experience, Finley is still discovering who he is. He never gave up. It would be easy to quit, especially as many fiscal and cultural roadblocks has he’s encountered. But as we already know, Finley pushed forward and took a chance on America’s Got Talent, which would lead to the introduction to Dan Auerbach, who took notice of the soul singer’s leather-worn voice. After a few projects under both Finley’s and Auerbach’s belts together, it’s not over. “If they gave me a Grammy today, I’d be grateful. But I wouldn’t be satisfied. You have to set another goal,” Finley says. There is a sign that is posted in Finley’s yard that just proves even more so about the perseverance of his art and his love for his community—”Shoot for the moon, and if you miss, even if you miss, you’ll land among the stars.”

The story of Rober Finley isn’t over and you can listen to Sharecropper’s Son (Easy Eye Sound), produced by Dan Auerbach, on all streaming platforms. For Surviving the Music Industry with Brandon Harrington, you can visit www.smipodcast.com for additional links and content. You can also listen, follow, and subscribe to the podcast here. 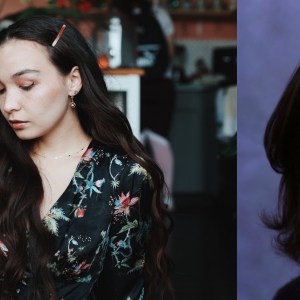 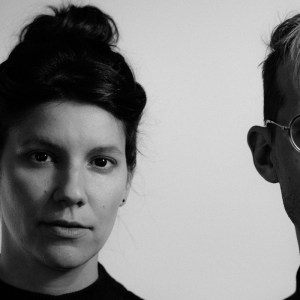