Ryan Stevenson, Christian singer and songwriter, spent eight years as an paramedic before transitioning into the music industry. His time and experiences in the field as a first responder heavily influenced his creative process and his music, which he expresses in his latest album release, ‘Wildest Dreams,’ available on all platforms Friday June 5.

“My years as a paramedic changed my life, and affected my perspective on everything, especially my songwriting,” Stevenson told American Songwriter.  “I find it fairly easy to talk about the edgy, rougher things of our human existence because I was immersed into a world of hurt, pain, addiction and death for so many years.”

Stevenson, who is signed with Gotee Records and has seen multiple No. 1 singles either as an individual artist or as a co-writer, including TobyMac’s “Speak Life” and his own single “Eye of the Storm,” said he is excited to release music that represents his growth both personally and musically. The tracks on ‘Wildest Dreams’ are a result of his maturing as a dad, husband and friend.

“I spent two years digging deep into my life experience and paying attention to the lives of my close friends,” Stevenson explained. “I believe these songs spoke directly to where myself and my community is spiritually at present. [In] the last two years, I’ve grown a lot.”

Stevenson said he wants to see the music he creates reach more people who need the same hope and healing he needed throughout his life.

“I’ve been in a season of growth and tremendous stretching,” Stevenson said. “I feel like the Lord has continued to unwind a lot of damage in my emotional life, and He continues to unveil false narratives that I have believed my entire life. We are all just people; we are human and the thing that unifies each of us is the fact of the uncertain world we love in. We all go through trials and struggles—I’ve lived through a lot of them—and I feel a responsibility to speak about difficult topics.”

Referencing his time as a paramedic, Stevenson said being involved in some of the darkest parts of people’s lives gave him a first hand experience of the hurt and pain people endure.

“I spent eight years working as a paramedic; working on the streets, and being involved in responding to the darkest aspects of humanity. Talking about them in my music is second nature. I lived it.”

“Looking back on my journey, I’m so aware and in awe daily of where God has brought me, and how He’s walked with me so closely,” Stevenson continued. “Even when I didn’t ‘feel’ Him or sense His presence, it’s obvious to see how close He’s remained, holding me, in every valley and mountain top. The peculiarity of my journey absolutely blows my mind. It’s like a dream come true. I’m living my dream, but it has always come in the most unconventional ways.”

The transition from a paramedic to a full-time musician was a whirlwind.

However, the industry move was not without its challenges, specifically in the area of self-doubt and disappointment, Stevenson noted.

“There have been many challenges; the biggest was breaking into the music industry and not being accepted. It was heart wrenching to receive such negative feedback and criticism by those who saw me as [an] old, not attractive, weird sounding voice, damaged goods kind of guy. I was told that I would ‘never stand out in CCM,’ and that the ‘jury is out’ whether I am an artist, and that stuff sticks with me, and I fight those voices of negativity everyday.”

Stevenson said he is deeply involved in the writing and production process, approaching the tracks with the musical and emotional goal of creating something that can move hearts on its own, before adding in the other production elements.

“I ask myself, ‘Why does this song exist?’ If the song moves me by just playing it on an acoustic guitar, then I know there’s something special worth chasing.  It is always an honor to work with such talented producers and writers as well, and we definitely sharpen each other during the process.”

Following the album release, Stevenson has an autobiography poised for release in July, titled ‘Eye Of The Storm,’ (pre-order) sharing his journey as an artist and Christian through the challenges of life, stress and grief. 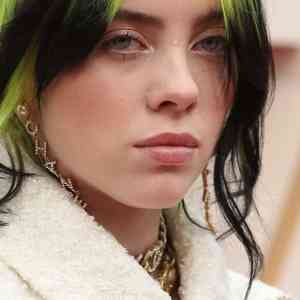 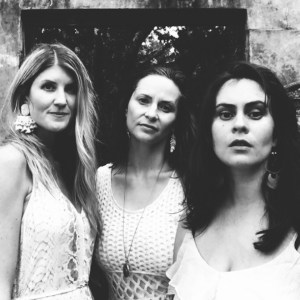