Tired of Valentine’s Day chocolate? Sink your teeth into “I Got Found” and “Alligator Shoes,” two slabs of spooky, slow-smoked dustbowl blues courtesy of Sam Doores + Riley Downing & the Tumbleweeds.

“I wrote [“I Got Found”] on a road trip out to the Woody Guthrie Festival with my old pals from Broken Wing Routine,” says Doores, who formed the Tumbleweeds in late 2010. “I’d been listening to a lot if old gospel, chain gang, and work songs and wanted to write something with that feel to it. We were eating fried chicken with milk and crossing the California-Arizona border in an old non-air-conditioned Volkswagen Vanagon. It must have been 110 degrees that day, and I think that must have influenced the pace of the song.

Filmed live in a friend’s motorcycle garage, the video for “I Got Found” shows the band playing in front of a bonfire at night, while friends cook barbecue and stomp along in the background. The instrumentation is threadbare — just a loose combination of guitar, upright bass, harmonica, and tambourine — but the harmonies beef things up, especially the deep-seated rumble of Riley Downing’s baritone. He’s the band’s other frontman, and he takes the lead on “Alligator Shoes,” a minor-key song about turning your luck around.

“I wrote this song last summer after I went through an ordeal where I felt like I could have made a list of things I didn’t want to happen, and they all did,” Downing tells us. “I came to the realization that things had to get better, and that helped me restart my brain, I guess, and I walked out of it feeling as good as if I was wearing alligator shoes.”

Keep an eye out for Banditos, a group of American Songwriter favorites who make cameo appearances in the first video. That’s them, slapping their highs and kicking the song’s slow-moving beat into the pavement. Don’t expect the camera to linger too long, though.

“They’re a good looking band,” Doores added, “so we told Josh [Shoemaker, the video’s director] to keep the cameras away from us and on them much as possible.” 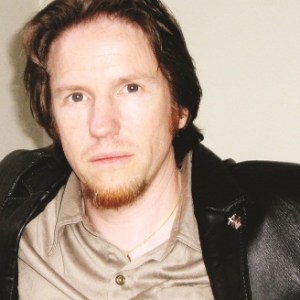 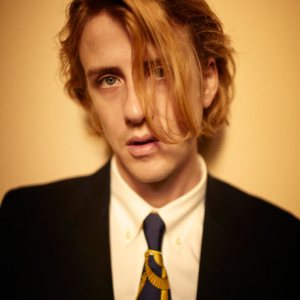