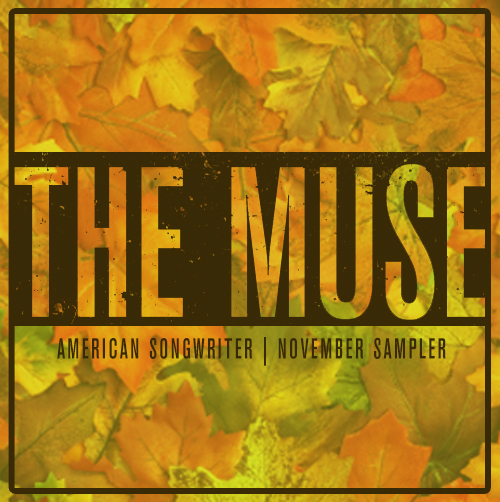 In conjunction with our November/December issue, American Songwriter proudly presents The Muse November Sampler, featuring 12 must-hear tracks from some of our favorite artists. And the best thing about it? It’s free!

You can download the sampler by going to this url: http://americansongwriter2.bandcamp.com/album/the-muse-november-sampler

“I’ve been trying for so long,” goes the opening line to this heartbroken gem, which splits the difference between Roy Orbison’s mid-century pop and Buck Owens’ twangy honk- tonk. The result is pure Dwight Yoakam, though, from the retro-roots chord progression to the little yelps that punctuate each chorus.

The Mavericks, “Back In Your Arms Again” (Live At American Songwriter)

The Mavericks go south of the border with this Latin-inspired cut from Suited Up And Ready, their first release in nearly a decade. Performed live at American Songwriter’s office, “Back In Your Arms Again” mixes country music with Cajun and Tejano influences, as though the Mavericks spent their entire hiatus traveling around the lower reaches of North America.

Hailing from the Bible Belt, Houndmouth play the first half of this song like a ragged folk ballad, then chug their way toward a wild, screeching finish. Sung by the band’s bombshell keyboardist, Kate Toupin, “Houston Train” is proof that Southern rock doesn’t have to be a man’s world.

Chris Knight, “In The Mean Time”

Chris Knight dishes out advice and tough love on this gruff, grumbling country-rocker. “I’m pretty sure the government ain’t gonna save you,” he rasps, urging his listeners to keep their gunpowder dry and their kitchens stocked. During an election year, this tribute to self-sufficiency feels particularly potent.

Aaron Embry, “When All Is Gone”

Although an occasional tour mate of Mumford & Sons, Aaron Embry specializes in a more intimate kind of folk music, one that’s better suited to the listening room than the arena. Here, he strums his acoustic guitar through a mid-tempo tribute to the end of the world, accompanying himself on harmonica. The apocalypse never sounded so rustic.

Simone Felice turns in a sparse, aching performance of this ballad, originally recorded with strings, piano, percussion, handclaps and backup vocals. On this live cut, though, Felice strips “New York Times” down to two basic elements – acoustic guitar and vocals – a move that brings the song’s sad beauty into sharper focus.

After releasing five albums with Castanets, Ray Raposa introduces a new band – and a new sound – with “Little Death Shaker,” the title track from Raymond Byron and the White Freighter’s debut. Raposa is clearly the leader here, but “Little Death Shaker” is still a team effort, a combination of gauzy harmonies and sparse, buzzing guitar riffs that combine to create something dark, dreamy and imperfectly pretty.

Like a grizzled Americana band transported back to the Jazz Age, Banditos blur the lines between rock and ragtime. “Long Gone, Anyway” even makes room for a distorted kazoo solo, which booms and buzzes with all the power of an electric guitar.

Reverend Peyton and his Indiana-based bluesmen channel the Mississippi Delta on “Devils Look Like Angels,” a swampy tune that stomps, rumbles and thuds its way around a handful of seriously funky riffs. “You can’t trust everyone all the time,” Peyton warns, turning this song into a cautionary tale about evildoers disguised as benefactors.

Opening with the brassy sounds of a marching band and building up to a complex, psychedelic bridge, “Jesus, The Horse Thief” straddles the seldom-visited border between indie rock, prog, ska and the instrumental stuff your high school orchestra used to play at pep rallies.

The Raveonettes, “Curse The Night”

With help from a drum machine, two interlocked guitars and oceans of reverb, The Raveonettes turn “Curse The Night” into a lullaby for the iPod generation. The harmonies are gorgeous, the production ghostly, the lead vocal fragile and cooingly girlish. Sweet dreams, everyone. 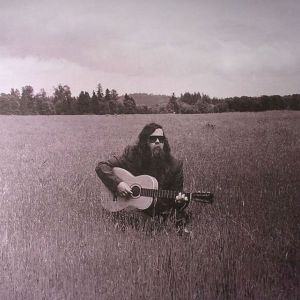