Sarah King was angry. Out of Ripton, Vermont, the singer-songwriter funneled her emotions about ongoing sexism in the industry and the world, at large, directly into her songwriting. Her song “Not Worth the Whisky” sets the flames roaring and crackling. You’re deep in the water / Misdeeds are the fodder, she sings with a venomous tongue.

“Recent years have brought more awareness to issues including the gender pay gap, sexual harassment, and sexist discrimination, and I think it all started to bubble over in me this year when I finally spent a lot of quiet time at home, with nobody questioning my value or harassing me because I’m a woman,” King tells American Songwriter. “I realized how much of that I’d held inside, and it all started to come out in song. People come up with so many excuses for their behavior, but the truth usually finds its way to the light.”

“Not Worth the Whisky” samples her solo debut new EP, The Hour, and its witchy conjurings accentuates the blue-rock foot-stomp. As far as murder ballads go, it’s merciless. You walked into the fire / I found you a liar / Your blood won’t be on my hands / Cuz you’re not a gentle man, crows King.

Recorded in the Catskill Mountains, alongside producers Simone Felice and David Baron (The Lumineers, Jade Bird), the song features King also on guitar and bass, with Baron on Keys, and Simone on percussion. A fun tidbit: Wesley Schultz, lead singer of the Lumineers, had been in the studio the day before “putting the final touches on his solo cover album,” recalls King, “so the vocal booth still had the vocal input tagged as ‘Wes’ instead of ‘Vocals’ when I arrived.”

Her personal favorite off the new EP, King hopes “listeners will think about what’s behind the song, listen between the lines, and think about how it challenges society’s expectations that women should stand still and look pretty (to quote The Wreckers),” she says. “If all they take away from the tune is that it’s got an attitude and it’s fun to drive to, that’s cool, too—maybe the message will sneak up on them.”

“I love the grit and swagger we brought to it, and the whistle just makes the song,” she continues. “I’d never recorded a song with whistling or stomp/clap percussion before, and those two elements really elevated the overall feel.”

Originally from Jay, Maine, King later spent four years in Columbus, Georgia, where she really calls home. “It’s also the place that most informed my musical roots,” she says. In her work, King calls to such influences as Greg Dulli, Jack White, and The Black Keys, melding them together with her campfire-smoked tone.

Like many songwriters, she writes best when she’s “totally alone,” she admits. “I don’t like even having anyone else in the house when I write. Sometimes, I write at my best when I’m doing something physical and repetitive like stacking firewood or going for a walk in the woods outside my home.

“I also tend to write my best lines when I’ve had some whisky because then I’m more open to just letting the song flow instead of judging everything I create.” 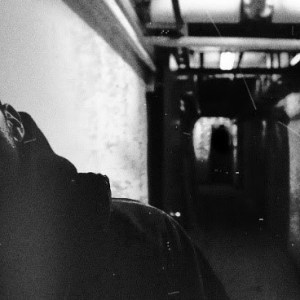 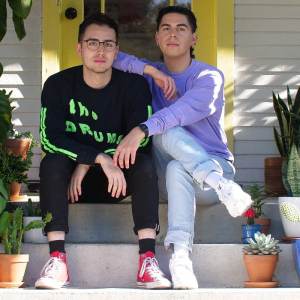