Since her debut album came out in 2011, Morris has received a lot of airplay at home and abroad, as well as racking up numerous awards and honors: placing in 2016 in the top 4 of the NewSong Music Contest at Lincoln Center in New York City and the Chris Austin Songwriting Competition at MerleFest in Wilkesboro, NC, as well as being recognized as an Americana semi-finalist in the International Songwriting Competition. She even went on to win the Kerryville New Folk Competition in 2018.

“Don’t Come Clean” is a tender love song reminiscent of Norah Jones, and Morris’ powerful vocal was recorded to imitate the immediacy and raw punch of a live performance, which is something she’s very familiar with. She has been burning up the road and performed over 120 live shows in 2019 alone, either as a solo artist, backed by her longtime band The Sometimes Guys (Thomas Nordlund, Andrew Foreman, and Lars-Erik Larson), or as half of duo The Home Fires with fellow artist Vicky Emerson. She’s even been fortunate enough to open for powerhouses like JD Southern, Suzy Bogguss, and Teddy Thompson.

Morris told American Songwriter how her extensive experience performing “Don’t Come Clean” live informed her decision to go with a raw sound in the studio version.

She said, “This song was one of those gifts from the creative universe where it just kind of came out complete, and I was (and am) so grateful.  It’s easy to lose myself in the intimacy of the moment when singing this live, and so it felt right to record it that way.  Just me and my electric guitar in a room with a mic, and then later on, Haley Rydell came in and added a lovely layer of violin.“

And “intimate” is a great word to use to characterize the recording, with a soft hum present that sits under the tremolo on the electric guitar, the recording mimics the ambience of a quiet listening room with a singer on a stool playing and pouring their heart out.

The no-frills recording suits the subject matter of the song as well. In the chorus Morris’ expresses a desire for her lover to come as they are, not dressed up or without faults, “If you’re gonna come to me/ Please, don’t come clean/ Don’t come perfect/ Don’t come shiny and new/ I wanna see/ Behind the curtain/ Show me every speck of dust/ That makes up the whole of you/ Come a little messed up/ Come broken/ Cracked wide open/ ‘Cause I’ve got a feeling/ That’s how the love gets in.”

This song truly ties an imperfect thread from the lyrics to the performance to the recording and demonstrates wonderfully the Buddhist concept of wabi-sabi, or beauty that is heightened through imperfection.

Morris added, “I think we all want to be loved for our truest perfectly imperfect selves, and it’s a brave effort to love another in that way as well.” 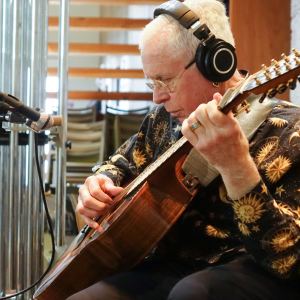 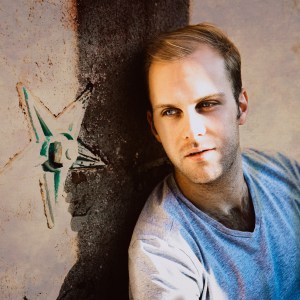