So much can change in a short time. For 25-year-old singer-songwriter Wyatt Edmondson, the past decade has been quite a personal journey. When he was 15 he was diagnosed with retinitis pigmentosa, a degenerative eye condition, which will cause him to lose his sight over time. Initially a setback, music moved him forward—literally from Alabama to Nashville—to pursue his dream.

“When I learned of my diagnosis, I thought, ‘This isn’t what you expected, and it doesn’t sound fun, but you can make your own rules if you want,’” Edmondson tells American Songwriter. “And I did, through devoting everything I have towards making music.”

By 2015, Edmondson, still in college at the time, released his debut EP, Higher Ground and has steadily delivered more music throughout the past several years, including follow up Lover’s Lake (2016). All along, he has continuously fine-tuned his songwriting and sound to arrive at third EP, If I Don’t Try, out Feb. 21.

Recorded in Nashville, where Edmondson says his love of country music blossomed and found its way into his blend of Southern roots and rock, he pulled in producers Shawn Byrne and Ryan Youmans for the five-track-EP. Layered in organ, mandolin, banjo, and Edmondson’s acoustic-led tales, including first single “You Said It, I Meant It,” If I Don’t Try finds a more composed artist, merging his country-roots, and digging into a deeper perspective on his life, and music.

First written while he was attending Troy University, the title track sets the pace of where Edmondson is now in his sound, songwriting, and vision in lyrics Call me crazy when I say this / But something’s missing in my life / And maybe I will never find it / But my heart says I’m a fool if I don’t try. “I was heading into my junior year, and life was full of unknowns,” Edmondson says of the track. “The only thing I was sure of was that I was going to try and pursue music as a career, no matter the cost.”

Performing is always something different for Edmondson, who played more than 150 shows in 2019, alone. On the road now, he’s testing new tracks as well as incorporating songs from If I Don’t Try. “It’s hopeful, upbeat vibes with the occasional heartache—because you’ve got to have a few of those,” jokes Edmondson. “The live show is really just me getting to know the audience. It’s personal and directional. I have this place that I need to go to on stage, and I just want you to go with me.”

Off tour, he centers himself back into writing and making music when home in Nashville. Beyond If I Don’t Try, it’s clear Edmondson has more stories to share, and he’s determined to tell them.

“I see others around me do it too with their own lives,” says Edmondson. “People who truly earn their success, risk finding love, overcome a big challenge, or just decide to give something their all. We have a lot of strength in this world. We just have to try.” 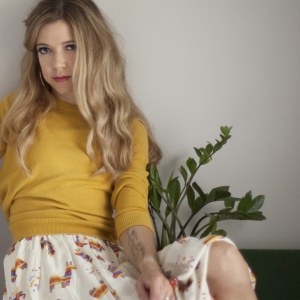 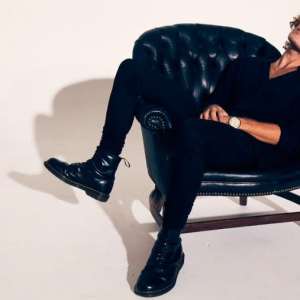