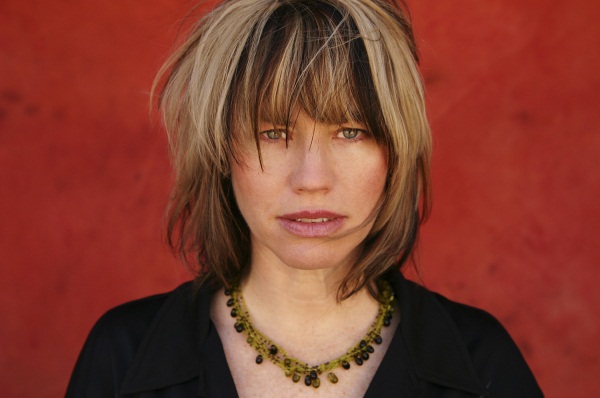 Sara Hickman, the official state musician of Texas, recently dropped by the offices of American Songwriter to play a few songs and discuss her writing process. The veteran performer played two songs for us; an emotional reading of “The One,” which deals with the Virginia Tech shooting from the point of view of the mother of the gunman, and “Size 6 Dress” from Absence of Blame. 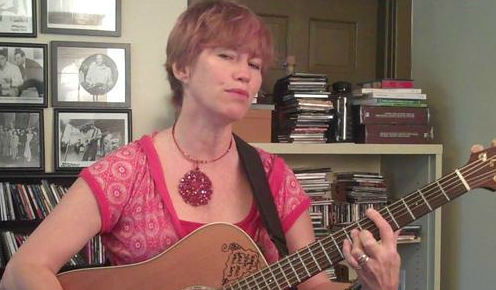 How do you normally approach writing songs?

Well, I have different ways. There is the obvious way where the universe, or the universal radio, sends you a signal and it just happens. Like in a dream, I have a lot of dream songs. I wake up and I’ve already seen myself performing it on stage or for some mythical person. It’s always the same chords, and it’s already done.

Then there is what I call the sprout. The system where two or three or four songs will come at once and I have to write down little tidbits of each one. Then, I progress through making them into real songs.

And then, there’s co-writing. I really love co-writing because you’ve got two different sets of ideas, in history and brains, coming together and co-mingling all their ways of looking at songwriting.

I just find that I have a scrapbook and notebooks and all kinds of files of ideas that I pull out of magazines or off the Internet or write stuff down on napkins. When I get stuck, I just go back to those tidbits of stuff and I can write ideas and songs off of that. I just find the whole journey and the process really amazing because you have nothing, and then you get this little spark, and then you build a fire, and then you get to share the fire with people or an audience and nobody actually screams “fire!” and runs from the theater. Hopefully.

Do you have a lyric that you’re most proud of?

I’ve been writing since I was seven, so that’s kind of on the spot. Well, I have a song called “Moment Of Grace,” and I really like the couplets in that. It starts with, “I didn’t want a river, but you handed me the sea. I didn’t want a forest, but you chopped down every tree. I didn’t want these blues skies, but you shot down every bird.” So, I really liked how that came out, and it was just one of those songs that just unraveled. And I also have this song called “Shadowboxing,” and it’s all about being alone and kind of finding your source by conflict through the moon. And it ends up that you and the moon are really friends. I guess I would have to say that it’s the simplest song. It also just kind of came to me like syrup on pancakes, and that seems to really resonate with a lot of people.

That’s the song that Willie Nelson covered on the CD and also Brave Combo covered. So, you get Willie’s version which is a lot like “Stardust,” and then you have Brave Combo’s version which is a lot like a Euro-disco-polka version. So really, it’s amazed me how much people love that song, and I’m really honored because it was just a song I wrote while I was in the midst of being terribly in love with someone who didn’t know I was in love with them. It was kind of my postcard to them to say, “Hope you like me, too.”

What’s the best part about being a musician?

I guess the best part is that you go into this unknown territory, and there’s people that you don’t know. And they don’t know each other, and everybody’s strangers. And my job, I feel like, is to bring the emotion, and the laughter, and the love and combine them into this community because it’s the only time that this group, this certain group of people, are going to be in the same situation in the same place in all their lives. And, how can I get them to feel a wholeness, a oneness, a community, a web? So, when I see that start happening, I don’t think there’s any greater joy I have.

And seeing people talk after shows, stick around, and getting to talk to people. Sometimes, I feel a little bit like Santa Claus. People are coming up, telling me confessions, telling me how a song reminded them of a certain situation, and there’s a lot of crying, hugging, and laughing going on. So, that community becomes my community. Of course, it goes on with Facebook and Twitter, and it grows. So, that would have to be my favorite thing, just watching people recognize that we’re all one, that we’re all part of a bigger plan.

What are some songs that have come to you in dreams?

I have this song called “I Couldn’t Help Myself.” I was on this beach, and I think I was clothed, but I don’t really remember because I was looking through my eyes. But, it was a beautiful beach, beautiful clear water. And this particular person I had a crush on was coming up out of the water like in some GQ magazine thing. He had water droplets on him, I could see his chest, and he was grinning and walking toward me. And, I was singing this song. It was so much like a Mariah Carey video or something.

So I was just singing. I didn’t have a guitar or anything, and he was just coming toward me. Then I woke up and I was just like “Yes! Whoa!” So, then I knew what to do, and I really love that song. It’s called, “I Couldn’t Help Myself.”

“Shortstop” came to me in a dream. I always tell a story that really isn’t the truth. I’m a story teller, and that’s what I do. I engage people. But, the actual story is that I had a dream. It involved my sister, and it involved a friend of mine named Victor who committed suicide when he found out he had AIDS. So, I wrap that all into the song, but it’s more like a Paul Simon song where there is a lot of picturesque and tangible and painterly words, instead of giving actual events and thoughts that describe who these people are. So, it could be anybody. And, I really like that about songwriting, too. I could write a song about you, but people wouldn’t necessarily know it’s about you. It’s got that universal feel of “Oh, I can pull this out of that song.”