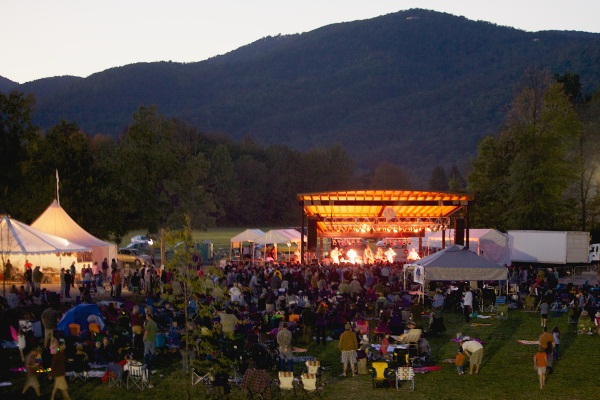 One of our favorite new music festivals is The Festy, a three-day bash in the Blue Ridge Mountains that was founded last year by The Infamous Stringdusters. The lineup for this year’s event, which takes place October 7-9 in Nelson County, Virginia, includes Brett Dennen, Sarah Siskind, Jim Lauderdale and the David Grisman Sextet. We recently spoke with Jeremy Garrett, fiddle player for the Stringdusters, about the The Festy’s origins and what’s in store for the future.

When did The Infamous Stringdusters get the idea for the festival?

We had always talked about doing our own festival. We’ve gone to hundreds of festivals during our time and realized how each one had their own theme and unique things that were cool about them. There were things that we liked, things that we didn’t like, and we just kind of kept them in our minds. Over time we just got more and more serious about it and thought we really do need our own festival. Now seems like the time, more than ever, to do festivals because people are really hungry for that sort of thing today.

Last year, being our first year, we put a ton of work into it. We all wanted to pick bands that we all admired that were, not necessarily bluegrass like we were, but every kind of music. So we did that and developed this theme of what we wanted in the festival as far as the vibe and the overall theme. More and more ideas got put together and we finally decided to do it and trigger it and we found some really great partners to help us do it.

You’re not branding it a “bluegrass” festival, which seems to be in keeping with the keynote speech Chris Pandolfi recently delivered at the IBMA’s.

Yeah, for sure. We all love bluegrass and that’s a foundation of our band. I think that’s a strength because there’s a lot of really good integrity in the music of bluegrass. So for us to be able to draw on the experience of traditional bass music has really given us a musical foundation for our band. But when I was growing up and listening to bluegrass, at the same time I was listening to Guns & Roses and U2 and all of these other bands.

I think a lot of people of our generation, the bluegrass generation, if you will, were seeing that it is influenced by all of these different things. As a true artist it would be pretty much impossible to keep those influences out. Why would you want to anyways?

So we decided that it wasn’t our thing to do a bluegrass festival necessarily, although we have bluegrass there and, like I said, we love bluegrass, but we really wanted to draw on all of our influences from jazz to bluegrass to jamgrass to even rock. We never had the intention to make it a bluegrass festival. It was always in our minds to make it a big event and sort of a mixed bag, but, like Chris said in his speech: these bands may not play bluegrass but they are still related in a lot of ways.

Why did you choose Nelson County, Virginia, for the location?

A few of us are living in Charlottesville, Virginia. As far as Nelson County goes, we found a place called The Devil’s Backbone Brewery and it’s on a beautiful location. Acres and acres of forest with open space as well and there is a beautiful brewery on the property. We went there originally to do this festival — that was kind of a one-time thing they were throwing on. We went to play there and we thought, “If we have a festival at this location it would be absolutely supreme.”

So we got to talking to the owner of the property and our management company was also located in Charlottesville so they know a lot of people around the area. We all had this idea to create this experience and that’s why we call it The Festy Experience because it’s more than just a festival. A lot of people from the community come in and we have other kind of events going on such as a 5k run, a bike race, beer culture, and lots of stuff to do for the families, and there is camping and picking and all of that kind of stuff. That’s kind of how we came to the place.

Nelson County is really cool. The people of the county are real good to us, they want to help us in every way, and they have just been real supportive of this whole thing and have bent over backwards to make things happen for us.

How many came last year and how many are you expecting this weekend?

Will most people camp overnight? I saw that you were offering accommodations at Wintergreen Ski Resort.

Oh yeah. There are rooms around and there are tons of bed and breakfasts around the place. Then Wintergreen has their rooms available, but we also have The Camp Sherpa that you can hire to set up camp zone for you. He has all of the stuff, you call him, and he’ll set you up. Or you can bring your own. I have a ’73 Volkswagen bus I’m going to drive down there.

What is the future of The Festy?

This is definitely a long-term plan. In fact, we want to start more festivals. Ideally, we would like to have five festivals around the country. A Festy in the west or in the south in the desert or something. It’s one thing at a time, but we are already talking to people and scouting locations for a possible festival in the west. So it’s something that we are going to expand as a whole. All of our effort is into this and hopefully things will keep growing like they have been. We plan to do more festivals out west. Maybe even Montana. Montana is a hotbed for music that is really untapped in a lot of ways.

Any acts that you really want to see this year?

The David Grisman Sextet because I’ve been a huge fan for many, many years. Also, there is new band called Rubblebucket that we are all really excited about. They are not a bluegrass band, but more of a contemporary band of sorts. They have horns and really cool burnt-out vocals – a mix of pop, blues, and different kinds of things that is amazing. 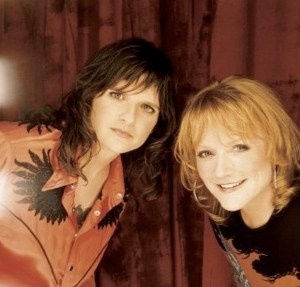