Seth Walker is a recent addition to Nashville’s music machine. And that’s a win for Music City (and a loss for the live music capital). We recently caught up with Seth after one of his first shows in town: a hugely successful Sunday night spot at the venerable Station Inn on Valentine’s Day evening.

On stage, Mr. Walker is ever the charming entertainer: cajoling and self-deprecating; offering stories between nearly every song. That sort of genuine showmanship is a warming thing to see these days. In our interview below, Seth discusses moving to Nashville and how his songs try to inhabit a cross-section of the blues, soul and country.

I know you lived in Austin for a long time and recently moved to Nashville. What are the differences you’ve noticed so far between these two music towns?

I’ve been in Austin for fifteen years. I adore that city. The live music scene is absolutely great. It’s alive, and it’s kind of its own little life-support system. It’s its own little bubble. I had been coming up to Nashville in the last few years with Gary Nicholson, who produced my latest album [Leap of Faith, Hyena Records 2009]. The work ethic of Nashville was a place that I knew I could make a change. Change is always good. I thought it would be a good place to jump to through my relationship with Gary and the family of people I’d started to meet, like Delbert McClinton and crew. I want to be in a place that’s good for my career.

And it definitely makes a lot more sense as a touring musician because it’s such a central hub. The musicianship and the writers and the producers and the engineers and the studios and the whole kit and caboodle is there. The other reason is that I’m actually from North Carolina. That’s where I was raised. My mother lives in Asheville, which isn’t too far away, and my father lives in Greensboro. When I need a home-cooked meal, I can just hop on over.

A lot of times you’ll see someone who’s a strong singer or guitar player/musician or songwriter. You’re all three. You’re a triple play kind of guy. I’m wondering when you’re writing and when you’re performing, how do those three different things inform each other?

They all kind of influence each other. Melodies are a huge part of my writing. That comes from the music that I listen to and am influenced by–blues, jazz and soul music all have such strong melody. And then the lyric of the country music, the story telling of it. I’m always looking to blend that story, that picture of country music, and the feeling of the soul, the feeling of the blues. They all kind of, in a perfect world, work with one another.

I love that idea. The form of the blues and soul and the narrative of country. That’s worked well in a lot of great songs that have come out of Nashville. In blues and jazz, who are some of the players and writers through American history who have been influential to you in that regard?

When I first got going on blues, I was influenced by my uncle, who is a jazz bassist. At the time he was living in Jacksonville, Florida, and he had a blues radio show. When I was in college, he would send me tapes of his radio show. It was the whole spectrum from the Piedmont, Reverend Gary Davis, B.B. [King], Texas stuff he’d send me, T-Bone [Walker], Charlie Christian, Louis Jordan. For some reason, the Texas stuff, when I was into T-Bone Walker for the first time, it just turned me around. It was an uptown element that I loved. It was a jazz phrasing thing and a taste thing to it. His singing, believe it or not, influenced me just as much as his guitar playing. I remember listening to early records, and he would gurgle a note with his singing, and I wondered, “What in the hell did he just do?” I had to listen to it over and over again. He was a heavy influence. Then I started to dig into guys like great songwriters in the blues idiom–Willie Dixon and Percy Mayfield, one of my favorite lyricists of all time. I started getting into Nick Lowe and Guy Clark, Townes [Van Zandt], John Hiatt and all of those kind of guy’s stuff. They started to meld together.

Yeah, I met Gary there. The first time I ever saw Gary, he was playing at this little club in Austin called the Saxon Pub. I was standing there with Stephen Bruton, who was a dear friend of Gary’s. We were watching Gary play, and he was singing a song that he wrote with Delbert; I don’t know if Delbert co-wrote it, but Delbert sang it: “Everything I Know About the Blues, I Learned From You.” And I remember listening to that lyric and thinking it was exactly what I was shooting for, just blending the lyric and the blues together. It just opened my eyes, and I was wondering, “Who is this guy?” Then I started digging into his discography. We had a mutual friend, Al Moss. He’s an Americana radio promoter, and he lives in Nashville. We’re buddies, and I had tried to get him to work one of my records before when he worked with Hyena Records, who my records are released on. So Al gave Gary a copy of my self-titled album. He said, “Maybe you could write with him.” That’s ultimately how it started. We talked on the phone, and I went over to Gary’s house, and I sat in his studio, a little shaky, and the walls were broken down pretty quick, and we became fast friends and collaborators.

Gary had a way of understanding where I was coming from and when helping me on this process, not taking me to a place that I didn’t believe in the song. It goes with his production, as well.

That objectivity? Helping a song without taking over a song?

Yeah, exactly, and knowing when to step in and say, “No. You’re wrong, Seth.” And really putting legs on it so it’ll stand up, and when you get done with it. The whole thing.

Walk me through it. What is writing with Gary like? At the Station Inn, you did “At Least I Got a Song” and the one about, “Why can’t I like girls who like like guys like me?” Those are both co-writes with Gary, right?

Without giving away all of the secrets, how did those songs evolve? What’s the process like?

Well, usually, it starts out with a concept to a song, an idea, lyrically, not usually melodically. At least as far as when we work together, that’s how it goes. The first song we ever wrote together was “Rewind” which is on the album, and that was the first idea I had brought to him. I had this hook that I was looking forward to. I kind of had that Sam Cooke feel, and I had an idea as far as the mood of the tune. So a lot of times, we’d just start with this idea where we’d dampen on this little thing, then we’d start tumbling. Playing melodies, things would just start to pop up, these little nuggets of ideas, directions the song could possibly go. Sometimes, on “At Least I Got a Song” anyway, we were hanging out late one night, and I was talking about some of my past dysfunction-junction relationships that I’d had. I said, “Man, it was kind of tough, but at least I got an album out of one of my relationships.” Then he was like, “A ha!” Then he picked up his infamous yellow legal pad, and off to the races we went. He got an idea for the song, and we kind of hashed it out.

Did he start fleshing out lyrics? For that song, he picked up his legal pad and just started writing down lines, and then you guys got the guitars out and thought this could be this sort of feel?

We thought this could be a great ballad, blues ballad, or jazz sort of thing. He started scribbling down some lyrics, and we started looking at it together. He was a huge part of that song, in particular. Sometimes one guy runs with it more than the other, but that was his baby, and we worked on it together, but it was his thing on that.

You had a hook, and you didn’t even know it, and he thought, “That’s what that’s about.”

That’s Gary Nicholson for you. Some of the other ones that we worked on for the album, like “I Don’t Dance” and “Can’t Come With You,” those are ones that were pretty much already my idea and already done, but he helped me tighten then up. “Dig a Little Deeper,” for instance, was a lighter thing. We thought about that lyric, and we thought we should make it more of an introspective redemption song, so he helped me out to change it all up.

So, for tightening up “I Don’t Dance” song, what is that revision process like? What are those finishing touches? Why do you need a guy like Gary?

It wasn’t quite complete. The whole concept was there. I mean, I have the idea that she’s making me dance, and I don’t dance. How many times have men been there? How that happened was, he came up with the line, “There’s only one way I’m ever going to get a chance,” and that brings the tune full-circle, I think. It gives it a depth. It’s a pretty light song, so it can’t get too deep, but it brings it full-circle. 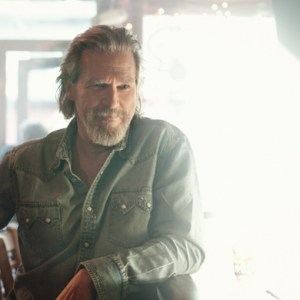 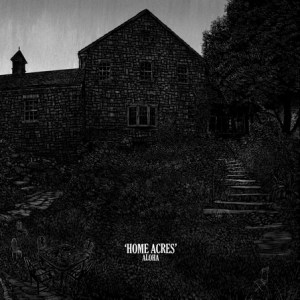