SG Lewis needed to cleanse himself of heartbreak. It was one of those serious breakups that completely shatters you, rattling even your soul. In the middle of our conversation, the UK pop craftsman stops to recall a night out on the town when, completely sober, he went to a club and danced to “melodic techno” for six straight hours. He remembers absolutely drowning in a particular kind of euphoria—where unimaginable sadness seems to melt right on the dance floor.

“Most people have experienced a moment in some setting like that where you’ve seen someone you share a past with. It can be cathartic to experience sadness in that setting,” he tells American Songwriter over a recent Zoom call. Those six hours, of completely surrendering himself to a hypnotic mix of synths and vibes, were pure bliss. When he emerged on the other side, he “felt cleansed” from his pain, he offers.

Lewis centers this sadness with a song called “Heartbreak on the Dancefloor,” a collaboration with Frances, ripped from his debut record times. Production sparkles and hums smack dab in this pocket of euphoria—a threshold that allows the listener to feel the full darkened depths of Lewis’ emotional voyage. “When you talk about euphoria, there’s the sense of the peak” of it all, he says, but the silky deep cut hints at something much more provocative below the surface.

times scatters the shards of his heart, as well as his mind, across a cosmic backdrop, as the multi-instrumentalist works through not only heartbreak but his relationship with time. This summer, Lewis turns 27, and to say he’s already felt the firm grip of aging wrapping around his throat is an understatement. “I’m a pretty anxious person, actually. When my anxiety is the worst, my problem is I live in the future too much,” he says.

“I worry about things that haven’t gone wrong yet, and I overthink things. As much as that is a central message to the album, it’s a reminder to myself, too. Especially right now, it’s really hard to think that way,” he continues. “I have days at the moment when I’m wishing the days away. I’m stuck in one place, and I can’t do the things I want to do or see my friends. Regardless of the situation, this is the time we’ve been given.”

Later, he soaks in this notion with the nearly-seven minute banger “All We Have,” with Lastlings, an ethereal moment to underline the necessity of disco-fused pop music. “I wanted to have a [moment] on the album that really took its time,” he describes. “The nature of pop music is to get to the point fairly quickly. There’s an urgency to get to the heights. But what I like about this song is that it exercises patience some of the rest of the record doesn’t necessarily do.”

Yet the hook drives a lyrical rivet right into the brain. All we have is now, sings Lastlings vocalist Amy Dowdle. Her performance presses down on the body, paired with the production’s effervescent explosion of color and mood. It’s a simple image, but a powerful one that hits to the core of existence: time is fleeting, and it’s always marching forward.

Lewis stops for a moment to consider the small, perhaps mundane, things he learned he’d been taking for granted over the last pandemic-stricken year. Unsurprisingly, they are moments “all in the context of going out. It’s some of the bad things, too. It’s queuing for a night club. It’s elbowing your way to a bar. It’s all these small details of the experience of going out and socialization that you really wouldn’t romanticize before.”

Where a song like “Back to Earth” is as a meteorite crashing through the stratosphere, a significant emotional “breather,” as he puts it, from the rest of the record, “Fall” arrives at the tail end as a long-awaited sigh of relief. It’s the kind of exhale that’s been building and building and building across nine other songs, so when Lewis does pull in the reins, you’re more than ready to bathe in the quiet.

“So much of the album is a study of time and the present moment. ‘Fall’ is really looking at a relationship you’ve had and realizing that… in the modern age, we’re conditioned to believe that there’s always someone better out there for us and the perfect person is around the corner,” he says, correlating time’s push and pull to the same intense rush in finding true love.

“But the truth is the perfect person doesn’t exist. This song is recognizing that even though time’s been hard with someone, maybe it’s worth working on it and fighting for that person. It might be the best that ever comes and value it for what it is. Everyone’s always looking to the future nowadays.”

If you want it, come and get it / I’m already drowning again, he sings over tear-stained production, throbbing from inside-out. “Fall” is the crown jewel on an already illustrious display and perhaps Lewis’ finest moment on record. “It’s one thing to write a song about a night out,” he says, but “to lay your cards on the table” is another thing entirely. “So many of my favorite songs say something so honest and very concisely.”

With “Rosner’s Interlude,” clocking concisely at one minute and nine seconds, Lewis samples an actual conversation with disco pioneering audio engineer Alex Rosner to further elevate the record. In the clip, Rosner stresses the importance of harmony in much of disco music, particularly in the ‘60s and ‘70s. “Most of the disco at that time had harmony,” Rosner says. “And the harmony, I found to be essential in that. If the music lacks harmony, it doesn’t move me at all.”

The conversation, a full-hour in length, was “incredible and really humbling,” remembers Lewis. “The guy has lived this extraordinary life.” Rosner was not only an important pillar in disco music and invented the DJ mixer, but he is a Holocaust survivor. Now, at 85, he certainly has stories to tell.

“It’s incredible just to hear someone in the later stages of their life looking back, refectively. You talk to Alex, and it’s just a reminder that I want to be able to look back at my life when I’m his age and talk as fondly about the things I’ve done and memories I have,” says Lewis, “and to feel I’ve lived a fulfilled life. He has endless nuggets of wisdom in the conversation about life, music, and the quality of sounds. I definitely took away some technical aspects, as well, about processing music and his perspective on distortion.”

Lewis’ times would also not be quite as striking if it were not for Tim Lawrence’s 2003 book titled Love Saves the Day: A History of American Dance Music Culture, 1970-1979. Within its pages, Lewis dove headfirst into disco music and its vastly colorful world and culture. “When people think of disco music, they think of the glitz, glamor, and the outfits,” he says. “But the thing that piqued my interest for this [record] was the way the music served as the soundtrack to these safe spaces and celebrations where people from all walks of life and different races and sexualities come together.”

He continues, “I thought that was a beautiful thing for music to be able to do. I wanted to bring some of the feeling [into this album] without trying to perfectly replicate disco music. If I were trying to just replicate it, it would sound pastiche. I wanted to recognize the things I love about the time and genre and reimagine it through my own eyes.”

From the sparkling shuffle of “Feed the Fire” (with Lucky Daye) to the torch-passing embedded within “Impact,” featuring Channel Tres and the iconic Robyn, the record submerges the listener chest-deep in disco’s “overflowing joy, togetherness, and inclusivity,” and it’s truly rejuvenating.

It took a year of “back and forth” to finalize “Impact,” working closely with Robyn to finetune the song’s full potential. “It was micro details in the song and production and vocal arrangement and the mixing. You realize every decision Robyn makes is done with purpose and intention. The reason people care about her music the way they do is because she’s put that love and attention into the music. It was a reminder to have that same high standard for my own music and spend that time and obsess over it.”

Another aspect that marks times as something special is Lewis’ commitment to vocal performance. He’s never really considered himself a singer, per se, but he pulls off songs like “Fall” with impressive emotional effect. Of course, the hardest part he’s found is “figuring out who I was as a singer. It’s about looking at the tools you have, seeing how far you can develop them, and then seeing what the voice sounds like,” he says. “Essentially, everyone can sing, but not everyone can sing. I wouldn’t say that I can sing, but I know I can deliver a sentiment in a song. If I can do that with honesty and play to my strengths, I can communicate a message. A lot of my favorite singers aren’t even technically great singers. It’s really a process of confidence, practice, and growth.”

Even more, he leans hard into his instincts and feels his way around the melodies, rather than stripping a song down to a series of notes to hit. “That’s the thing that causes you to have imposter syndrome a lot as an artist. I’m really just feeling this out the whole way. Along the way, I’ve learned a lot of things about recording music and technicalities,” he explains, “but at the end of the day, I’m still just going in a room and trying things. With melodies, that’s happening on a micro level. I’m hearing four chords, and I’m going to sing notes that sound right in the scale in my head. I don’t really know what I’m doing, but if it feels good, I’m going to run with it.”

With times, Lewis extends a little “hope for the returning future and a normal world,” but it also serves as a necessary reminder to himself “to make the most of the present moment. It’s hard not to touch on cliches when talking about a concept as big as time, but all these things we do on the way are what make up life. One day, we’re all going to look back and those will be the things [we cherish].

“Time flies by nowadays. That scares me. I end up feeling quite existential. I don’t think you ever consider that when you’re 15. You don’t think that your time is limited,” he offers. “But you realize that life is short. As I get older, my perception of time does get faster. I’m trying to remain present. Remaining present and being mindful definitely helps slow it down.” 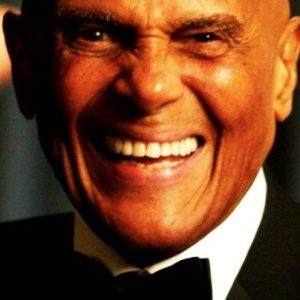 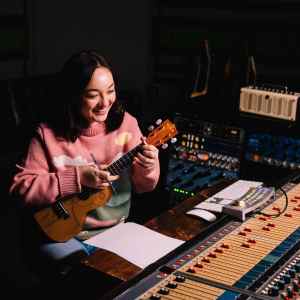